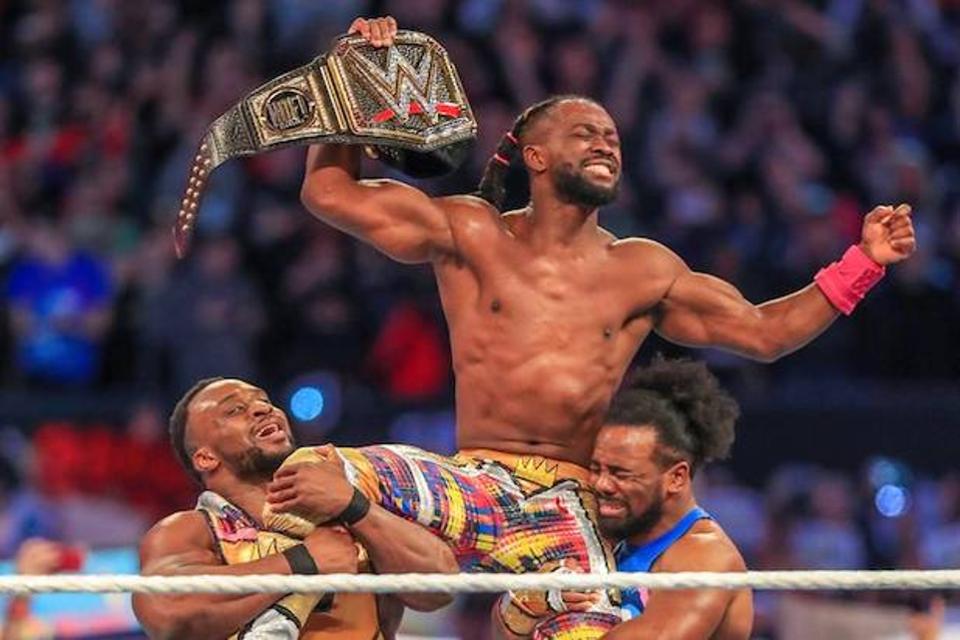 Nothing has been the same in professional wrestling since the launch of AEW. The ‘Elite’ group of Cody Rhodes, Kenny Omega, Matt Jackson, and Nick Jackson got together with billionaire Tony Khan to open a brand new wrestling promotion, and they followed that up by landing a prime-time slot on TNT. For the first time in well over a decade, WWE had serious competition – and they were never likely to take that competition lying down. AEW wanted wrestlers to become the star of their new show. WWE was determined to make sure they didn’t get them.

Around the same time that AEW launched, WWE started offering its entire roster multi-year, big-money contracts to ensure that they never became available to AEW as free agents. This didn’t just apply to the top stars. If you were a wrestler and WWE thought you might have value to AEW, they’d offer you a contract even if they had no intention of using you on television. This practice extended so far that they even offered a big-money new deal to Rhino before he left the company. Rhino is in his mid-40s and hadn’t been used on television in months before his eventual department. The company didn’t want to use him – they just didn’t want anyone else to be able to use him, either. 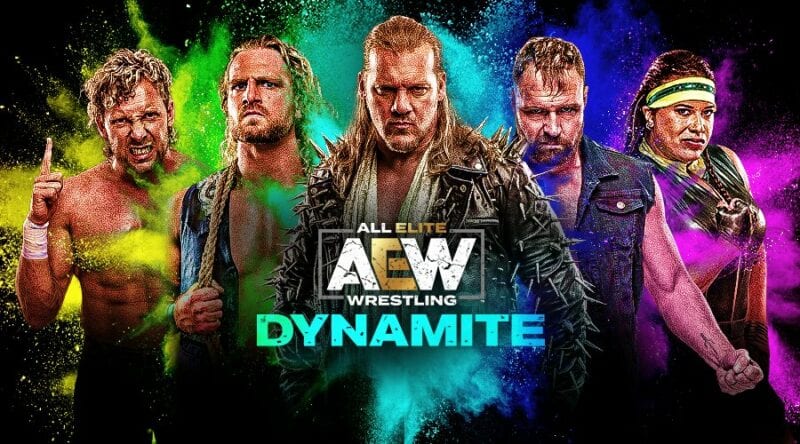 At the same time as locking down all of their current stars to new contracts, WWE started buying up every name they possibly could from the independent scene. The NXT roster quickly became bloated with new faces, several of whom have since become lost in the mix. Those who weren’t wanted for the ‘main’ NXT brand were shipped out to NXT UK. The mere existence of the UK brand of the company is another example of WWE’s stockpiling policy. They’d never expressed any interest in having a UK-centric brand until ITV brought back ‘World of Sport Wrestling,‘ and WWE’s monopoly on televised wrestling in the country was broken. World of Sport Wrestling has long since been canceled and disappeared. WWE’s UK brand limps on, mostly unwatched, with dozens of former stars of the UK’s once-burgeoning independent scene trapped by their contracts. 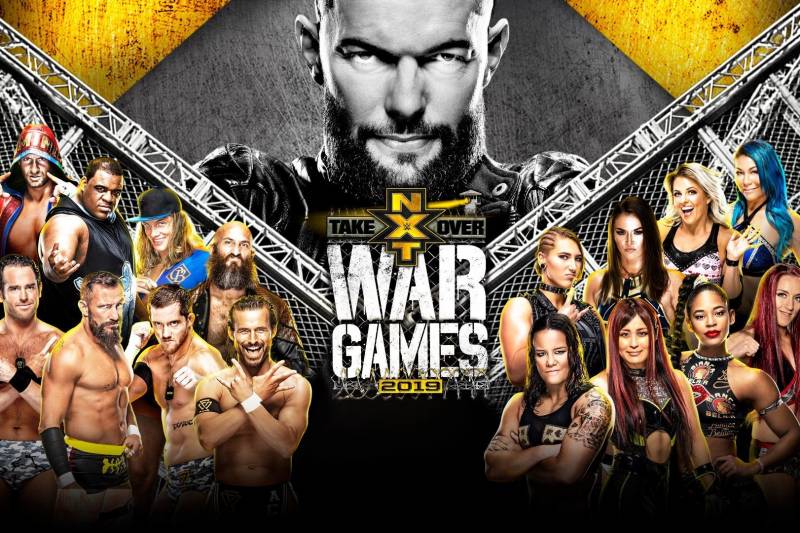 All of this, though, might be about to change. It was fine for WWE to spend big money on keeping the world’s best wrestlers away from their competition when they had money to spend on it. It makes less sense during a time when the company – and perhaps more pertinently, the company’s owner Vince McMahon – can no longer spend that money so easily. McMahon has been stung by the closure and subsequent bankruptcy of the XFL, his alternative American Football organization. It’s thought that the WWE Chairman had personally invested up to three hundred million dollars in the company before it folded. Not only has that money disappeared with the collapse of the company, but he’s also now being sued for a further $25m by the sports league’s former commissioner.

There’s also the small matter of WWE’s stock to worry about. The stock hit a peak last year, as the company signed new contracts for its flagship television shows and also secured a lucrative deal to air live events in Saudi Arabia. Since then, ratings for both RAW and SmackDown have steadily declined, and there have been several suggestions that the Saudi shows aren’t being paid on time, or on the terms that were previously agreed to. The stock is holding steady, but it’s not at the level it was twelve months ago. WWE isn’t in financial difficulty, but it has begun to make cuts to save money and ensure that it delivers a profit to its investors.

Holding onto talent with no clear reason to do so was always a gamble from the company’s point of view – perhaps an even bigger gamble than the official range of WWE online slots that they intend to release later this year. Tellingly, almost all of those online slots are based around great WWE names of the past – not its stars of the present. With the exception of Roman Reigns, John Cena, and Becky Lynch, the company doesn’t seem to believe that anybody on its current roster is a big enough star to merit having their own online slots game based around them. That indicates that the company knows it doesn’t have many genuine breakout talents on its hands – and yet it’s still paying big-name money to those talents. The gamble they took was based on the belief that if they kept hold of enough talent, AEW would fail. It didn’t pay off. AEW has secured a new, longer-term television deal since it began broadcasting – and so the WWE strategy no longer makes sense. 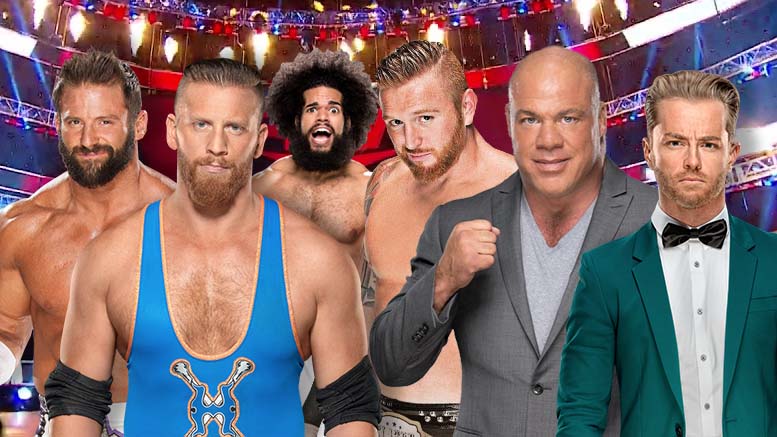 We’ve already seen the beginning of the tides changing on this matter. Although there might have been other reasons behind the recent spate of WWE releases, it’s hard to imagine they’d ever have agreed to let go of Scott Dawson and Dash Wilder (the tag team known as ‘The Revival’) six months ago. The Revival has been conducting a cyber-feud with AEW’s ‘Young Bucks’ tag-team through Twitter for years. When they eventually meet in the ring, it will be a big-money match that draws a lot of viewers – and that match will now happen in an AEW ring, not a WWE ring. WWE has handed their rival company an asset, and in the most recent spate of releases, they may have handed them many more.

WWE’s loss is likely to be a gain for the world of wrestling as a whole. Holding on to so many talents without using them doesn’t strengthen WWE’s hand – it makes them appear petty, and it denies performers the opportunity to compete in the ring elsewhere. If those days are over now, we might see a resurrection of the independent wrestling scene that’s taken such a battering in recent years. Even if AEW doesn’t pick up all of the released talents, Ring of Honor, Impact Wrestling, the NWA, and several Japanese promotions might. Stockpiling made the whole scene feel stale. Letting go might prove to be the perfect remedy.

Where Next For WWE’s Released Stars?