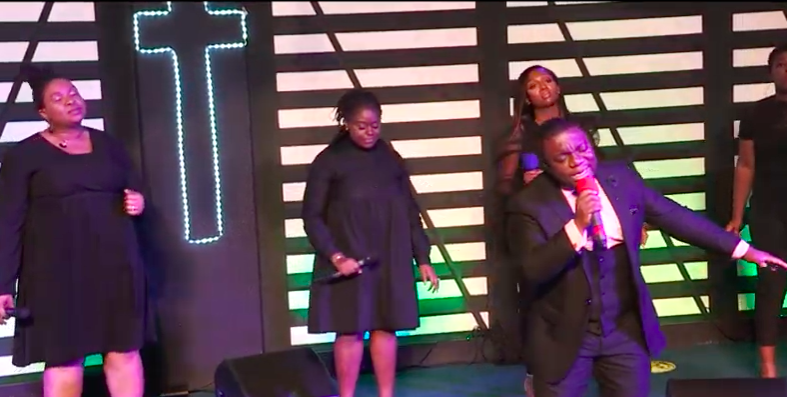 ‘M’aba’, a song that reflects Pastor Augustine Aboagye’s  faith in God  is a timeless song that has been receiving great reviews and testimonials since it was released. The video which was released on Youtube in September last year, continues to encourage listeners about the abilities of God and His unchanging resolve to bring joy to His sons and daughters.

Augustine Aboagye Quanin ( born January 24) is a UK-based Ghanaian Gospel musician and a Pastor.
Augustine began his music career in 2005 with his debut album release “Metumi Aye” meaning I can do it via Osdimens Record.

Augustine was born in Kumasi-Ghana to Mrs Sophia Quanin (mother) and Mr Augustine K Quanin (father) . Augustine father died after a short illness in 2005.
Augustine was a footballer who was playing for Techiman corners with teammates like Saloon Mutari,Aminu Dramani and also Prince Anokye.

Augustine gave his life to Christ in September 20,1995 through a mysterious way. Since the has kept the faith .
Augustine started his primary education in the Brong Ahafo Region later moved to the Ashanti Region Kumasi to continue his education completed Kumasi Academy.

Augustine left for the United Kingdom (2007)after his secondary school education to further his education. Studied at London School of Management, where  he read Computer science. Augustine started singing at a very younger age at St. Louis Catholic Church he then went to House of Faith ministries where he developed his music ministry later became the worship leader at the church. Also has joined musical groups like anointed choir . PBroken chains,the ministers Voice of faith etc.He is also the host of Gospel single review UK on Paamtv UK.

Pastor Augustine Aboagye has released songs like Elshaddai and worthy which made waves in the UK and Ghana.  M’aba, his most recent release was  produced by Koda

Related Topics:Pastor Augustine Aboagye
Up Next