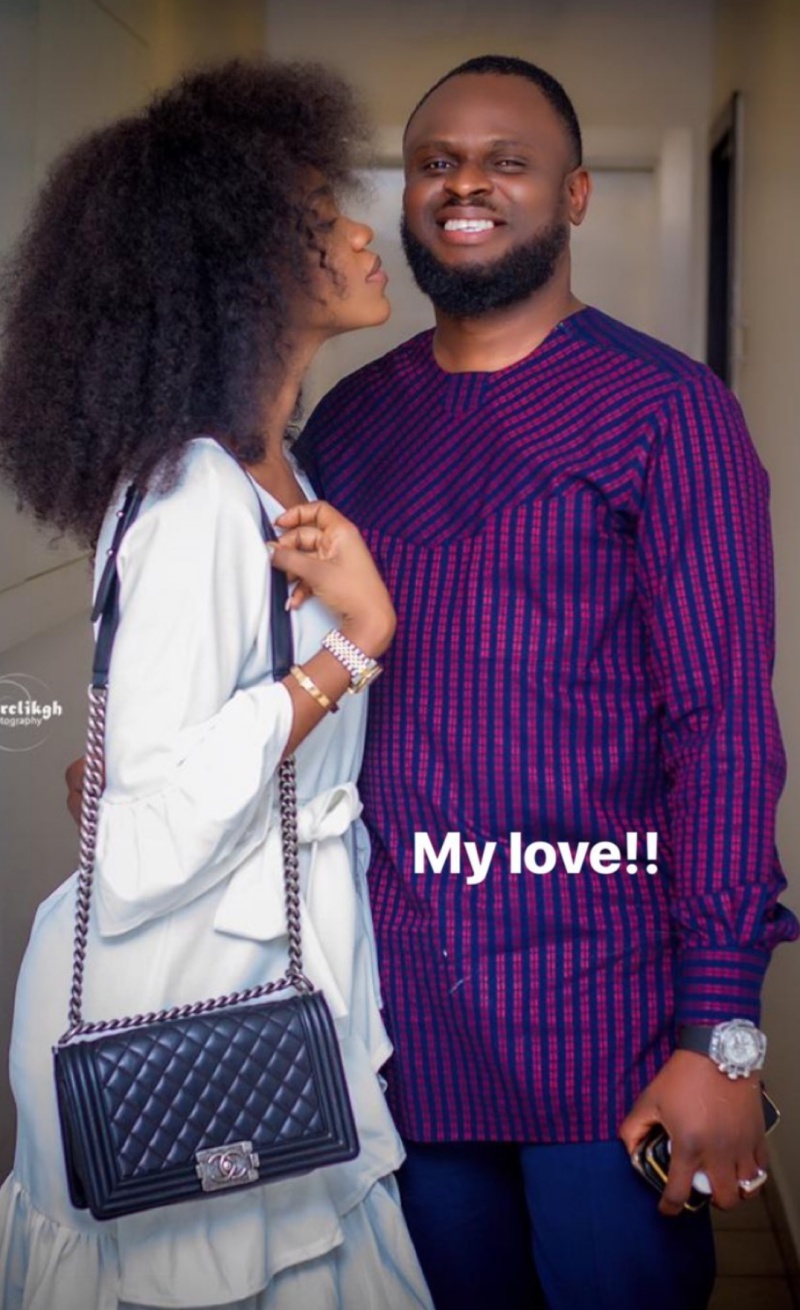 After days of media reports about her marriage and relations with her mother, singer Becca has not made any comments on the matter.

She, however, seems to be sending subtle messages on her Instagram stories to hint her love and support for her husband, Dr Oluwatobi Sanni-Daniels.

From posting videos of herself and Tobi in a car with the captions ” my partner in crime”, to photos with the inscription “my love”, Becca seems unperturbed events unfolding.

Becca’s mother, Madam Julie Yiadom-Oti granted an explosive interview claiming that Becca’s husband, Tobi, has branded her as a witch and cut her off from reaching Becca.

Madam Yiadom-Oti spoke with passion and anger about her sour relationship with Dr Tobi and added that it started during Becca and Tobi’s wedding.

WATCH: Mother of Becca accuses her son-in-law of being a thief and more

According to her, she was sidelined. She claims she hasn’t spoken to Becca close to a year now. Madam Yiadom-Oti insinuated that Tobi is a thief, who is warding her off, so he would have a chance to manage the wealth of Becca.

WATCH: Mother of Becca accuses her son-in-law of being a thief and more
I am trying to figure out the best time to release my song with Sarkodie – E.L
Advertisement