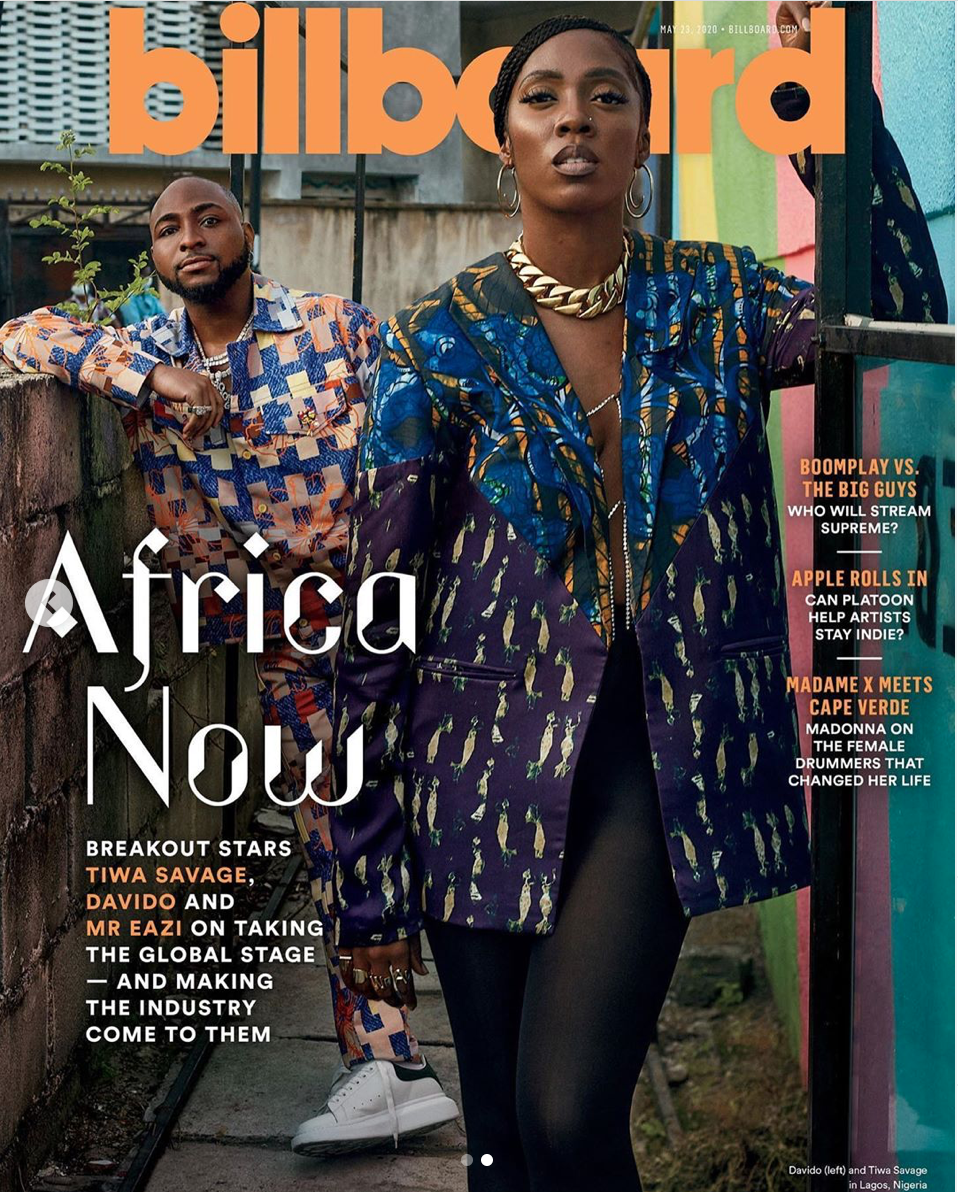 The Billboard feature is titled ‘This Isn’t a Fad’: Three of Africa’s Biggest Stars on Making the Industry Come to Them. The story states that the “next musical revolution is brewing in Africa”, and features interviews with the three music stars as well a colourful cover shoot for each.

The story, written by Gail Mitchell, sees the Nigerian stars addressing topics like life under quarantine (Davido mentions his fiancée recovering from the virus), the dollar amounts they’re now making as artists, the differences between major label & independent routes, “afrobeats” as a category, and the factors that have played a part in the music industry’s investment in Africa.

“People just need to get on the train. This isn’t a fad. With 1.2 billion people, we’re not going anywhere anytime soon. We’re here to stay,” Tiwa Savage mentions in the piece.

The story features photography by Lakin Ogunbanwo and Seye Isikalu, and styling by Daniel Obasi and Quinton Faulkner

I cover magazine I cover magazine !!! 🌎🌎🌎 @billboard Cover with my sister @tiwasavage and brother @mreazi !!! 🙏🏿 …. “The forces that unite us are intrinsic and greater than the superimposed influences that keep us apart.” – Africa Must Unite ! I DREAMT OF THIS SHIT!! ❤️❤️

Related Topics:Billboard Magazine
Up Next

Ghanaian singer Habyba is among the high-profile list of artistes that performed at the Afrika Tage Festival in Austria, Vienna on August 5, 2022. END_OF_DOCUMENT_TOKEN_TO_BE_REPLACED

Hiplife Grandpapa, Reggie Rockstone has reacted to claims by music duo Akatakyie that they are the originators of the Hiplife music genre in Ghana. END_OF_DOCUMENT_TOKEN_TO_BE_REPLACED

Nigerian singer Kizz Daniel has tendered an apology to his Tanzanian fans for failing to appear at a Summer Amplified Show, where he was scheduled to perform. END_OF_DOCUMENT_TOKEN_TO_BE_REPLACED