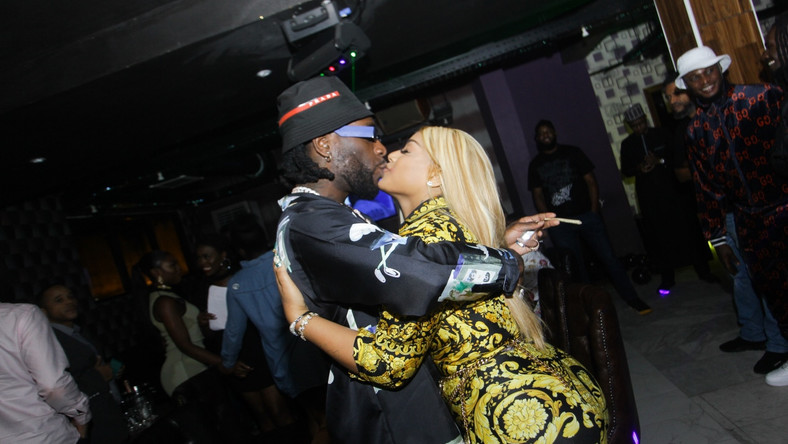 Burna Boy and Stefflon Don are growing together as their relationship has hit a milestone.

The musicians have marked a year of dating and the “hurtin me” singer is making is it known to the public. This she did by sharing a video of her with her Nigerian boyfriend locking lips at an event.

The two started dating around this time last year after meeting in Ghana.

A few months into their whirlwind romance, news came out that Burna boy had dumped her for Gambian actress, Princess Shyngle.

However, the British-born Jamaican rapper took to social media to debunk the rumor, stating emphatically that she and her Nigerian boyfriend are still together.

The two have travelled all over the world together and are currently holidaying in Nigeria where Stefflon Don seems to be having a lot of fun.

Burna Boy in a recent interview, expressed his desire to raise kids with Stefflon Don in an interview with Hot 97 FM in the US.

“It’s lovely (being with Stefflon Don) I don’t know how to explain it. It’s just that I try to now kind of like keep it between us. I don’t want to be putting our thing out there in front of everybody anymore.”

“It’s not the business part of us, it’s our life. I’m trying to make it right because I don’t want to bring no kid into this life and everyone is disturbing the kid and looking or wondering what’s Steflon Don and Burna Boy’s kid doing. I want to raise a kid the way I was raised.” Burna Boy added.