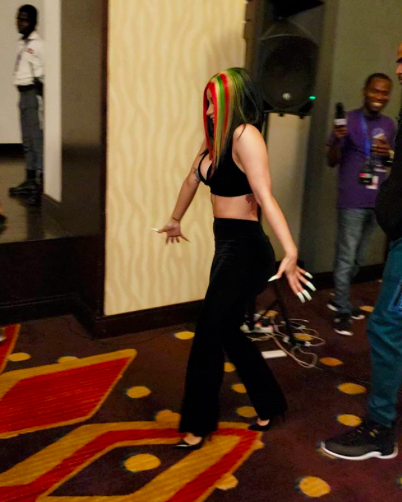 American rapper, Cardi B has addressed the displeasure of several Ghanaian stars who attended her Meet and Greet event at the Kempinski Hotel In Accra, On Sunday.

The even which was scheduled for 12 noon was eventually postponed to 8.30 pm, after most guests had waited for hours for the rapper to make an appearance.

The meet and greet finally took place and Cardi B explained that it wasn’t her intention to disrespect the guest that had been waiting for her for hours. She made it clear that she wasn’t a stuck up Hollywood star for that to happen.

According to her, she was not originally aware of the Meet and Greet event and when she was told about it later in the day, she had a stomach upset just when she was getting ready for it.

Watch excerpts from her speech below:

Cardi b speaks at meet and greets, says she didnt mean to disrespect Ghanaians #ameyawtv

Related Topics:Cardi B
Up Next

She got the last laugh! Akuapem Polo shakes her bum bum for Cardi B

Pregnant 20yr old woman in a polyamorous relationship, to raise a baby girl with FOUR dads