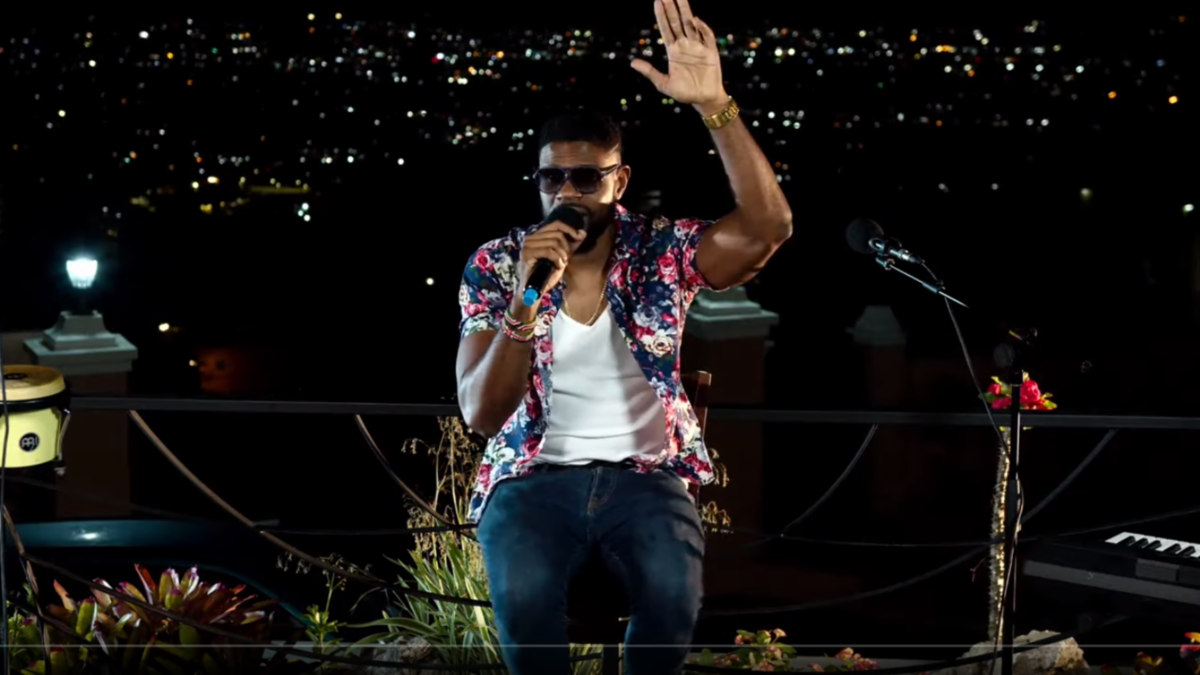 This past Sunday, April 5th, VP Records artist Christopher Martin joined forces with KFC, VP Records and Jamaica’s Ministry of Culture, Entertainment, Sports and Gender Affairs to launch Telethon Jamaica – Together We Stand- to fight against COVID19 with a live concert streamed to the almost 1 million subscribers on the VP Records YouTube channel.
Acoustic performances of “Big Big”, “Big Deal”, “Life”, “Paper Loving” and more were performed by Chris and artist D Major also hit the stage. The event opened with an appearance by Hon. Olivia Babsy Grange who introduced the Telethon, which will be held Easter Sunday and the donation link www.jatogetherwestand.com, where people started donating and can continue to for an indefinite period.
Christopher would like to thank each person who donated well over $1500 during the 45 minute performance. KFC has agreed to match the amount raised during the broadcast, in addition to supporting Telethon Jamaica. The show garnered over 13,000 views and he encourages everyone to watch the broadcast and continue donating.
‘Telethon Jamaica, Together We Stand’, is a 6 hour live event that will take place Sunday April 12th on TVJ Jamaica (5-630pm EST) and on VP Records YouTube channel (3-9pm EST). The link will also be available on other media entities including Irie Jam 360 and 1 Spot Media. Inspired by a recent Richie Spice song, “Together We Stand”, the goal is to bring Jamaicans together to support this important cause, which has affected so many citizens globally. The telethon hopes to significantly contribute to the 10 million US dollars needed for medical supplies by the Health & Wellness sector in COVID-19 efforts.
The telethon will feature appearances by celebrities, athletes and politicians and live at home performances by Jamaica’s top artists, the final list will be announced soon. Telethon Jamaica is being spearheaded by an alliance of global diaspora organizations with the endorsement of the government of Jamaica. The Hon. Olivia Babsy Grange is the patron of the event.
Having worked closely with AFUWI previously and The No Disrespect Campaign, Christopher Martin is no stranger to philanthropy. Chris recently released the anthem “Big Big” on the Aircraft Riddim, now available on all major streaming platforms.
Please donate to Jamaica’s fight against COVID-19 campaign here: http://jatogetherwestand.com
Don’t miss the ‘Telethon Jamaica, Together We Stand’ 6-HOUR LIVE STREAM on Sunday 12th April (3 – 9pm EST) available via VP Records’ Youtube Channel, featuring special guest LIVE performances
Related Topics:Christopher Martin
Up Next