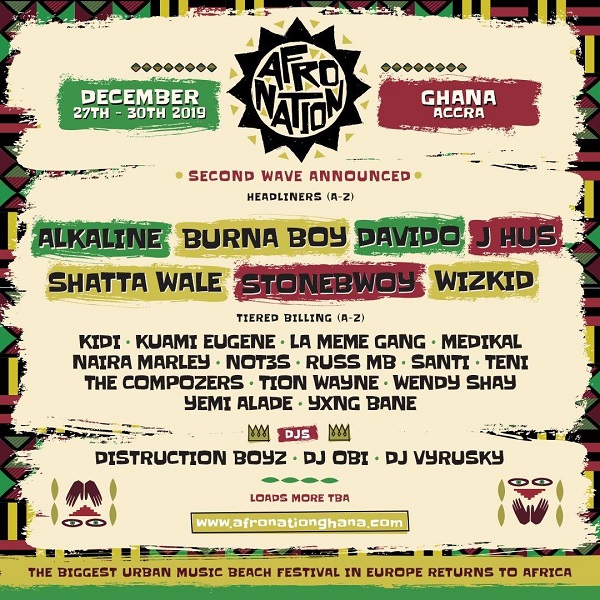 An Accra Circuit Court has granted an injunction, restraining the organisers of the Afro Nation concert from hosting the event at the scheduled venue – Laboma Beach Resort.

The applicants, SBC-LA Limited claim the venue for the widely advertised show encroaches on their land and prayed the court to stop Laboma Beach Resort from going ahead with the concert on the disputed space. Granting the ex-parte application, the court ruled that “the defendants, their agents, assigns, privies, workmen, and all claiming through them, are restrained from working on the plaintiff’s land.”

The concert has been publicised to take place from December 27 to 30, 2019 at the ‘Laboma Beach’ in Accra.

Potions of supporting documents from SBC-LA Limited suggested the land has been leased to the plaintiffs by the LA Mantse, an agreement witnessed by the Greater Accra Regional Lands Commission.

Meanwhile, a similar action taken against hosting the Afro Nation concert on the disputed land by real estate developers, Wonda World Properties Limited has been dropped. 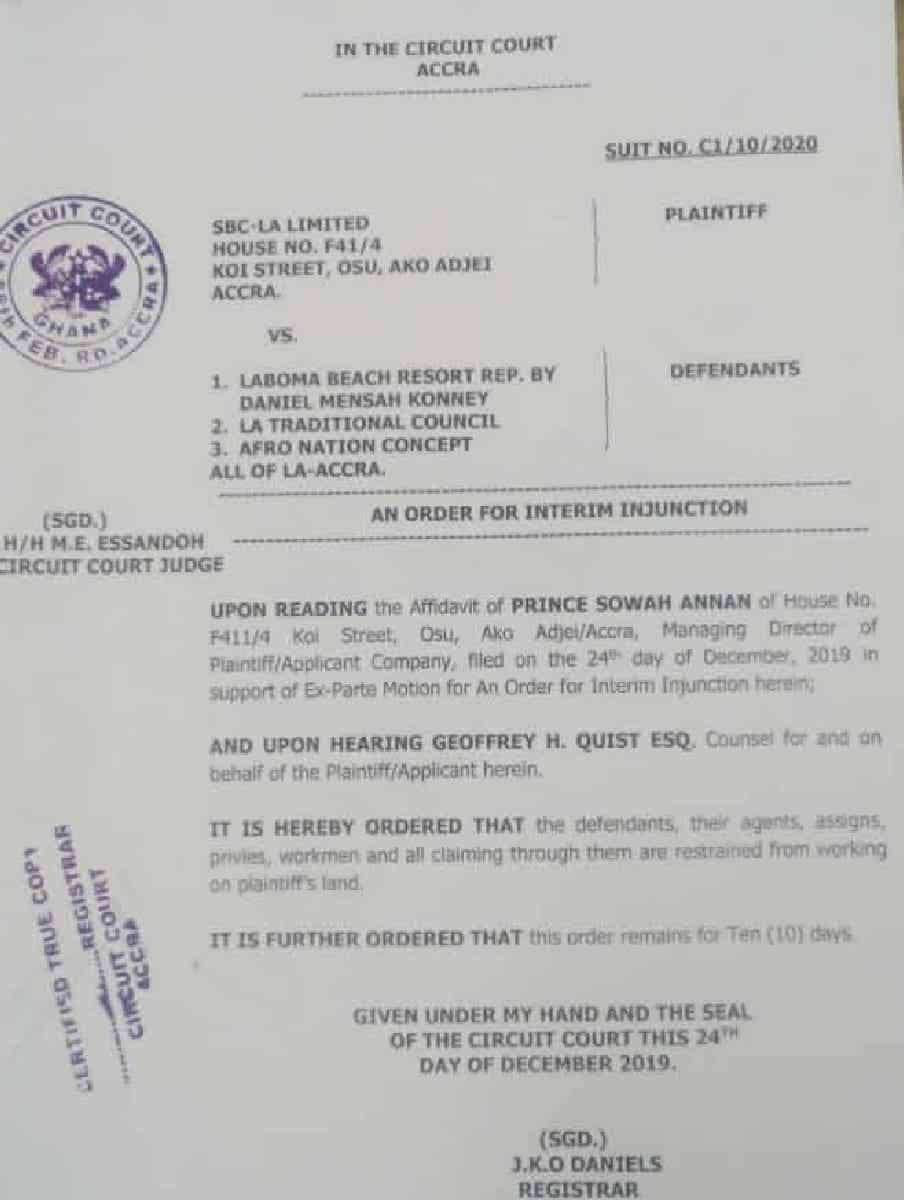 The company, in a writ on December 20, 2019, commenced the action against La Bone Maabii Association, Afro Nation Ghana Limited and Rave Marketing Solutions Limited respectively at a High Court.

According to Wonda World Properties, owned by Ghanaian business mogul Nana Bediako, portions of the coastal stretch on which the event will be hosted at the Laboma beach belongs to them, raising eyebrows about potential repercussion if the event did not come on as planned.

According to a settlement agreement, Wonda World has decided to allow the Afro Nation concert to take place on any of its properties.

Bose Ogulu has told her son Burna Boy to “tone down the madness” as she celebrated his birthday. END_OF_DOCUMENT_TOKEN_TO_BE_REPLACED

The Hewale Lala (Song Of strength) hit maker Perez Musik gets ready to have his first-ever major concert. END_OF_DOCUMENT_TOKEN_TO_BE_REPLACED

Kofi Sonny, CEO of 610Music, a direct representative for Universal Music Group in Africa, unveiled two of his newly signed artistes to the world over the weekend. The event pulled in dignitaries from all over the globe to witness what many have dubbed “the birth of greatness.” END_OF_DOCUMENT_TOKEN_TO_BE_REPLACED

GuiltyBeatz is ringing in the summer! The Grammy-nominated Ghanaian producer and DJ is back with another dazzling solo effort – an Amapiano-infused dance anthem ‘Universe’ featuring Pop sensation, Mr Hudson and buzzing Ghanaian singer, Twitch 4EVA. END_OF_DOCUMENT_TOKEN_TO_BE_REPLACED