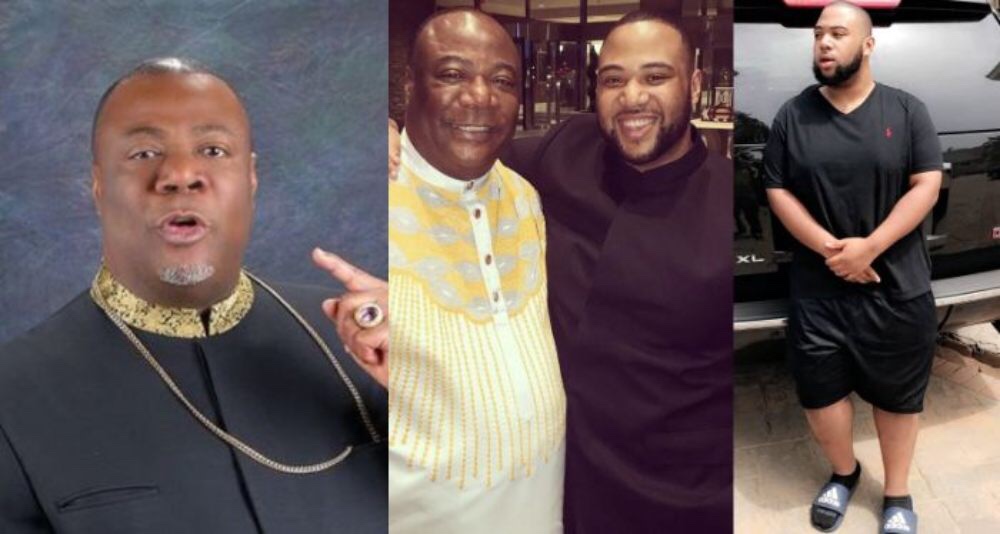 Arch Bishop Duncan Williams’ last born, Daniel Duncan Williams is the talk of social media after he personally posted naked videos of himself on Twitter.

One featured two girls who were naked in a pool with him and having a sexual encounter. He captioned it “Timeline asleep?”.

In another post, he dropped a video of himself oiling his manhood and twerking with the caption “AHHHHH HERRHHHH..yh I need my c***k sucked sis.. ”

After the videos went viral, Dee Wills hopped on Twitter Live, naked in bed with a blunt in hand to explain the reasons behind his actions.

According to him, a lady named Cassie on whom his spent over 10,000 Ghana Cedis for her birthday cheated on him with another man.

In a long rant, Dee Wills made shocking revelations about himself.

This is not the first time Dee Will has had an emotional breakdown on social media.

Related Topics:Daniel Duncan Williams
Up Next

“I am not gay, my father is a witch” – Daniel Duncan Williams’ shocking revelation during social media breakdown

Global streaming giant Spotify is proud to announce that Sio has been selected to join the EQUAL Africa programme aimed at spotlighting female artists across the continent. END_OF_DOCUMENT_TOKEN_TO_BE_REPLACED

UK-BASED Ghanaian Gospel musician, Joe Bamfro has been nominated in the Gospel Song of The Year category in the upcoming Ghana Music Awards UK(GMA UK) scheduled for October in the United Kingdom.
His song Moko Be did the trick for him and Joe Bamfro is besides himself with excitement being the first time he has ever been nominated in an awards scheme. END_OF_DOCUMENT_TOKEN_TO_BE_REPLACED

Organizers of the prestigious Ghana National Gospel Music Awards have announced a date for the most anticipated event. END_OF_DOCUMENT_TOKEN_TO_BE_REPLACED