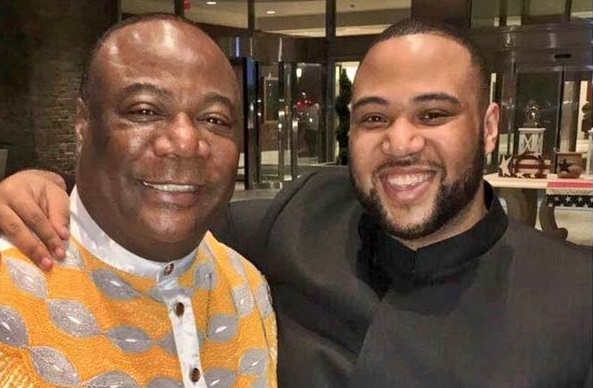 Daniel Duncan Williams, son of Archbishop Nicholas Duncan Williams has apologized  to his father following his recent comments about him on social media.

Daniel, who‘s also know as Dee Wills, had posted  his nude videos on Twitter and also accused  his father, Archbishop Duncan Williams of being a “Witch”

“I am not gay, my father is a witch” – Daniel Duncan Williams’ shocking revelation during social media breakdown

Reacting to his son’s comments the founder of Action Chapel International explained that Daniels’ behavior was due to a relapse caused by his failure to take his prescribed medication.

“Dear daddy @ArchbishopNick i would to
Humbly apologize for the false accusations… You are the best father anyone could ever wish for. Thank you for loving me even through all the trials and tribulations”