It’s been over 24 hours and the drama surrounding Arch Bishop Duncan-Williams’ last born, Daniel Duncan Williams keeps making the headlines. The latest incident was when police in the USA picked him up from a facility that looked like a hotel during a live stream on Instagram.

Since yesterday, Dee Wills has been streaming on live from Twitter to Instagram and dropping shocking information about himself and family in the process.

His brother Joe Duncan Williams reached out to him in of his live sessions to advice him get off social media but it fell on deaf ears.

This not funny anymore chale 😣 pic.twitter.com/XJJdSWbR3E

His father, the founder of Action Chapel International later released a statement on Daniel’s condition. 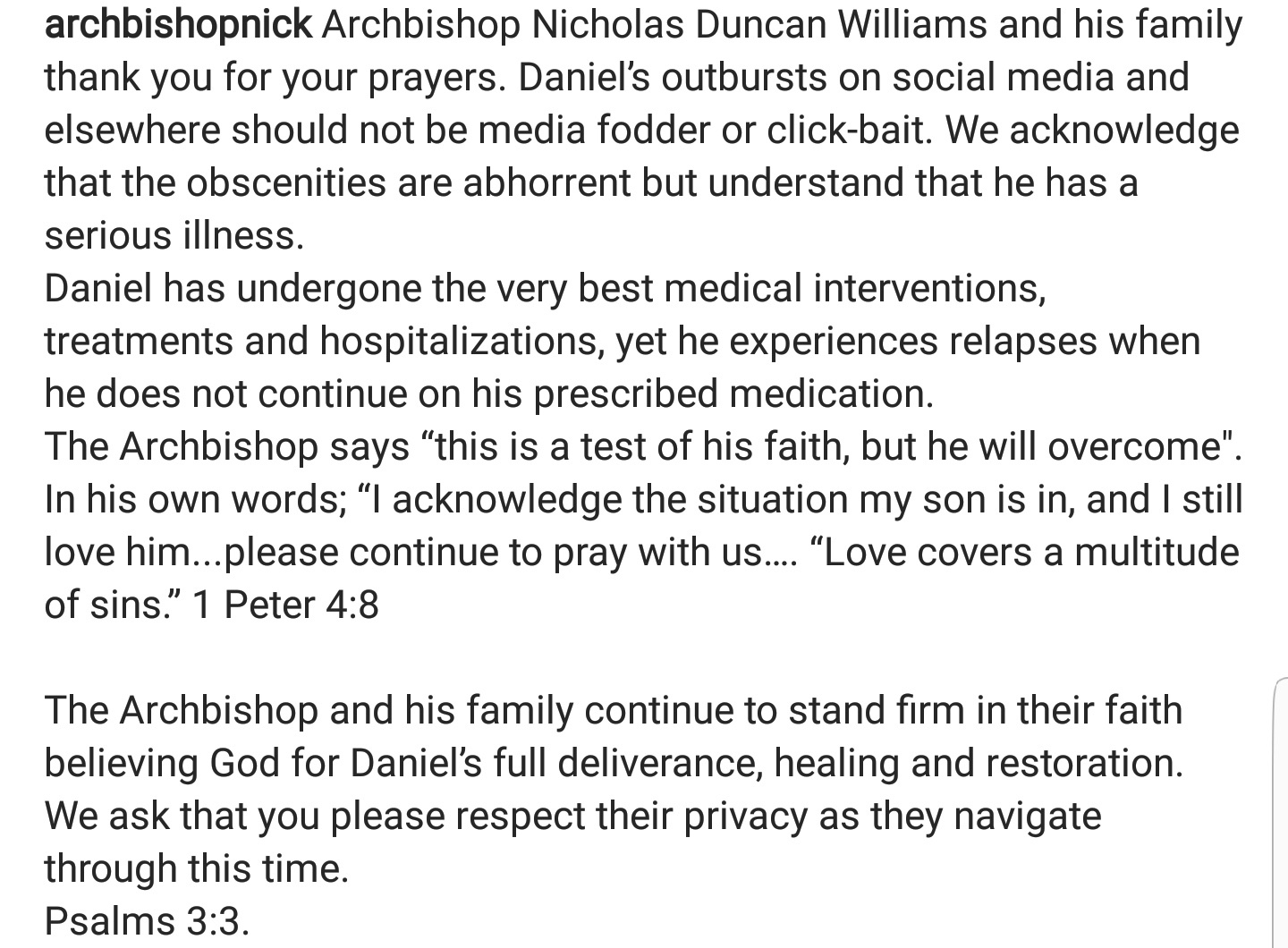 During a live stream on his Instagram account, it seems Police officers picked up Daniel Duncan Williams for disturbing the peace at the facility.  The police explained that they were taking him to the hospital for mental evaluation. Sources say that Daniel has a history of mental issues.

Related Topics:Daniel Duncan Williams
Up Next