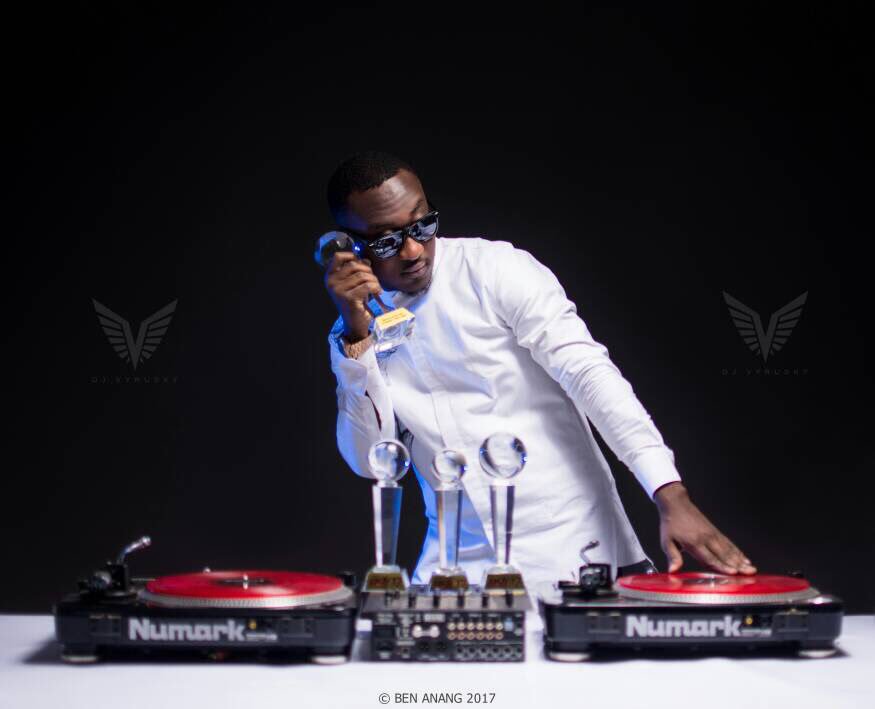 Picking an adjective to describe a throng of students from 15 to 18 years, raving to their favorite artisteswhile making friends and being reminded of the fact that they need to do their best to stay in school, is one of the most difficult task but the phrase, ‘the Vyrus is Spreading’ pretty much explains it.

Returning to the school that made him, Kofi Amoako, popularly known as DJ Vyrusky decided to go in a fashion characteristic of the career he has built for himself; bring on the jam. Together with a cast of 40 artistesthat ranged from his label mates at Lynx (Kuame Eugene, Kidiand MzVee) to Shatta Wale to EL to Captain Planet to Kwesi Arthur to La Meme to Sister Afia to King Promise, as well as get Joey B and Pappy Kojo to turn the crowd up together after a long while. The list was more than impressive and one that ticked every single box of the students who came to St. Thomas Aquinas last Friday.

Making sure the stage never sees a dull moment, each of the artistesdidn’t only bring on their A-game but move through the motions, getting the fans to sing along at some points, dance, jump and interact with the over 7,000 students who had gathered there from different schools. The event lived up to its billing and attained the rare state of a day party that only a handful of events have in Ghana.

If one thing was clear from the event, it was the fact that to win DJ of the Year for two years in a role, it takes more than just playing the jams of the time and certainly more than just tickling fans fantasies, it is about the interaction, the engagement and an understanding of what will make a fan excited as much as party along throughout.

With High School Clique as the organizers and Orijin Zero on board, Vac with Vyrusky, in the end, managed to convert fans, reestablish Vyrusky claim as the undisputable, rephrase what homecoming is supposed to be and reintroduce high schoolers to the possibilities of school opening the door to their best lives.

Related Topics:DJ Vyrusky
Up Next

It serves them right: Rex Omar on cold treatment from Nigerians to Ghanaian artistes

Sarkodie reveals why he only charges Underground artists for features