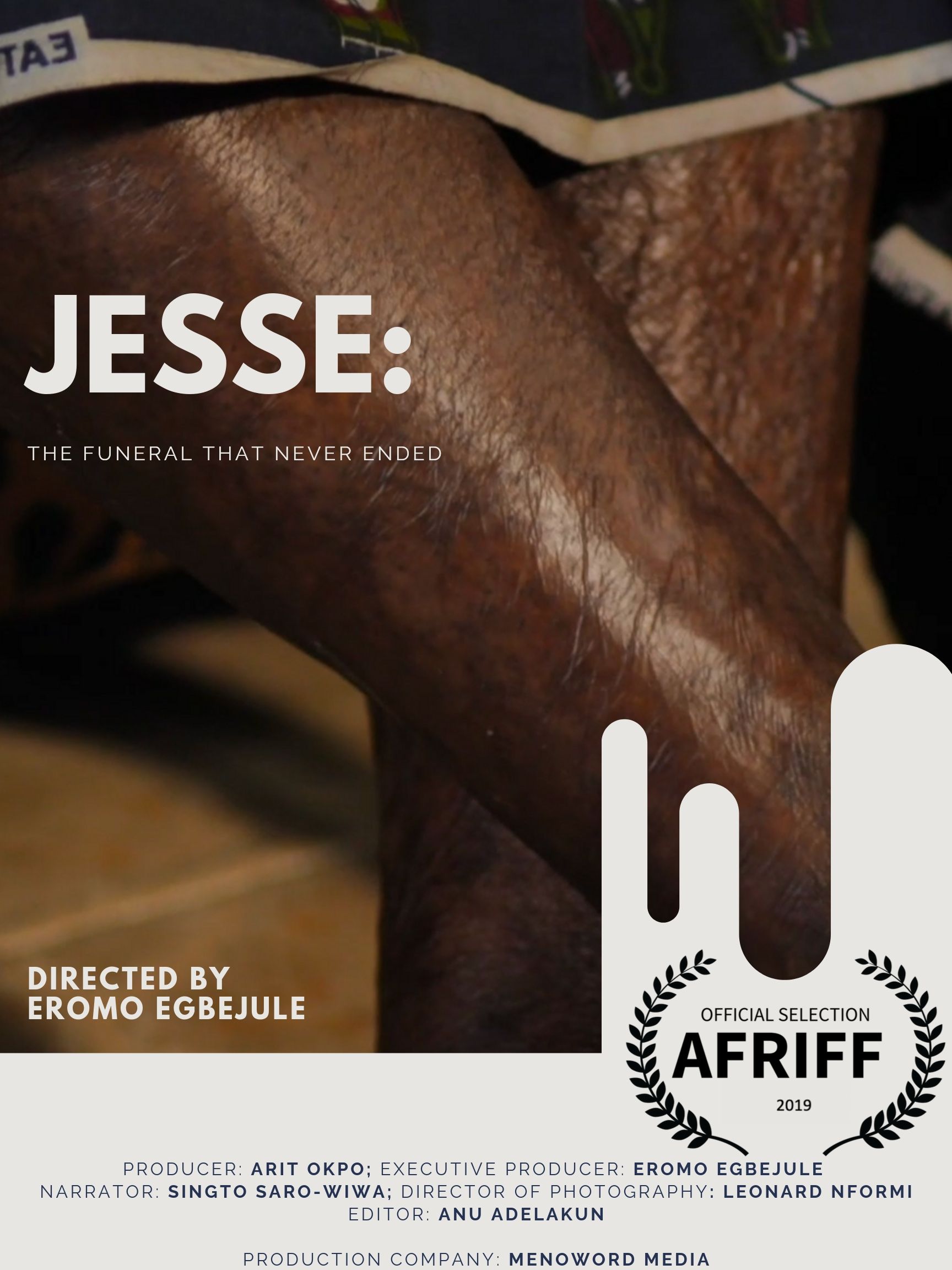 On November 13th, award-winning journalist Eromo Egbejule’s directorial debut Jesse: The Funeral That Never Ended premieres at the Africa International Film Festival (AFRIFF) in Lagos. The documentary film is the previously untold and emotionally gripping story of another community in the oil-rich Niger Delta whose gift became a curse.
Twenty-one years ago, a massive leak pipeline passing through the community, connecting the south and north of Nigeria, triggered an explosion that ultimately resulted in the death of at least one thousand people, with hundreds more undocumented and tens of survivors with ghastly scars. Jesse: The Funeral That Never Ended, the rehashing of that tragic story as it happened in 1998, is produced by Arit Okpo, the host of CNN African Voices Changemakers.
“The documentary is the resurrection of an impeccably tragic story of a people who were hemmed in all sides by what should have been a blessing for them”, says Egbejule. “With all the stories coming from the Niger Delta, it was important for us to tell this one lest they stay forgotten and become drops in the ocean.”
It captures the crucial moments before and after the pipeline exploded, through the eyewitness accounts of survivors of the longlasting inferno, relatives of the dead, first responders at the scene and community leaders.
Narrated by Singto Saro-Wiwa whose father, the playwright and environmental activist Ken Saro-Wiwa was hanged this month in 1995 by the Sani Abacha regime for his fervent criticism of the region’s exploitation, it also includes interviews with Nnimmo Bassey and the late Oronto Douglas, two contemporaries of the elder Saro-Wiwa.
The film threads the environmental degradation of the Niger Delta, the evolution of its people into collateral damage to continue the conversation on the region’s bittersweet relationship with crude oil. In Okpo’s words, “the story of Jesse is the story of the Niger-Delta; a people for whom a gift has become a tragedy, a story of lives changed forever and of scars that exist long after the rest of the world has moved on.”
PRODUCER
Arit Okpo is a TV presenter, documentary filmmaker, and voice-over talent. She is the Host of CNN African Voices Changmakers, where she tells the stories of Changemakers across the African continent. She is also the host of Untold Facts, a web talk show exploring the perspectives and experiences of LGBT people in Nigeria.
Arit produced and presented the current affairs show The Crunch and Nigerian politics show
Naija Politics for Ebonylife TV.  She was Producer and Interviewer for a mini-documentary on Grammy nominee Seun Kuti as part of the United Nations African Allies Series. She has also produced mini-documentaries showing the work of the Obudu Conservation Centre and the British Council’s Creative

Arit was the voice talent for Swallow – a documentary on food security in Nigeria produced by the Yar Adua Foundation as well as for Marked – a documentary on scarification produced by Naila Media. She hosts corporate events within and outside Nigeria and is an experienced panel moderator. She explores cultural relationships and interactions around identity, gender, and sexuality and is committed to telling stories from a human, nuanced perspective.
DIRECTOR
Eromo Egbejule is a journalist who covers mostly conflict, politics, culture and human identity with a historical lens across West and Central Africa. His writing and photography have appeared everywhere including The Guardian (UK), Al-Jazeera, Washington Post, Telegraph, Financial Times, Times of London, The Atlantic, The Africa Report, Thomson Reuters Foundation, and others.
He has covered among other things the Boko Haram insurgency in northeastern Nigeria, gender violence and flooding in Sierra Leone, immigration in Guinea, the Anglophone crisis in Cameroon, Ebola epidemic in Liberia, landslides in Sierra Leone, pastoralist crisis across the Sahel, Sino-African investment in Djibouti as well as sustainability in the Peruvian Amazon. A 2016 CNN Multichoice Journalism Awards nominee, he is currently a Dag Hammarskjöld Fellow at the UN HQ in New York.
In 2017, Egbejule was a visiting lecturer and researcher at Malmö University, Sweden. Jesse: The Funeral That Never Ended is his debut film.
Related Topics:AFRIFFEromo Egbejule
Up Next

How to Prepare Your Menstrual Cups Before Using Them?