Ask anyone about their most trying year and you will most likely hear about the COVID-19 pandemic and its effect on them.

The effects were felt in 360 degrees, affecting physical health, mental and all other aspects of people’s lives. For many, the pandemic lockdown era proved
pivotal. For Franklin Digber known in Accra, Ghana by the moniker Eff The DJ – it was the key that unlocked a whole new world.

Eff had been working in an Events and Activations agency for a number of years. His life was split like that of a superhero: working with brands as Franklin by day and going out after hours to
light up the Accra nightlife as Eff The DJ.

Unfortunately, once Covid-19 cases started to go up and Ghana went into lockdown, things turned bleak. Franklin’s agency laid off a number of employees to cut costs and at the same
time he was losing his job, the Ghanaian government issued a directive outlawing events and mass gatherings. Within weeks, Franklin’s corporate and creative career had both grounds to a
halt.

“The period forced everyone to sit for a while and reflect. I learned a lot about patience because I had to wait around a lot. But it forced me to think clearly about what I wanted.” 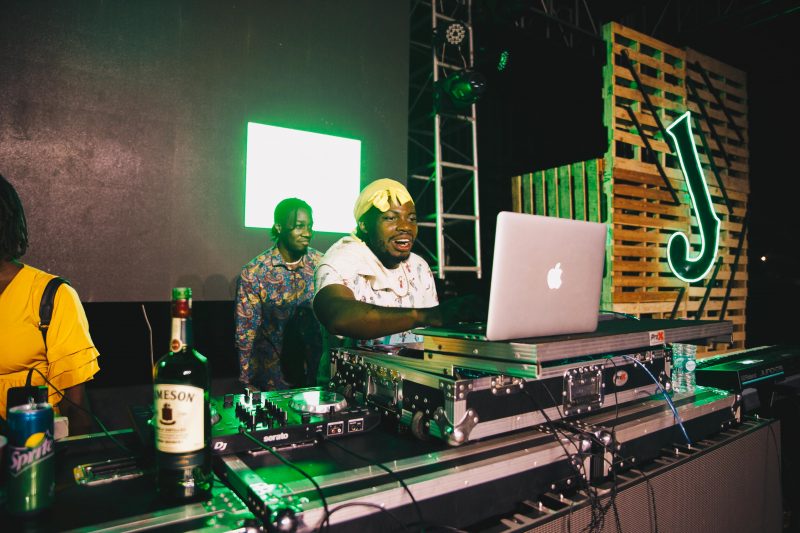 Since that time, Eff has become one of Ghana’s most sought-after DJs, with audiences and industry peers alike gushing over his unique skill. From random posts to personal testimonies,
he is aware of how people perceive him and credits his skillful way of playing music in a way that can only be likened to art, to his love for music.

Eff The DJ’s stage presence is almost as audacious as his artist name. If the music isn’t moving you, his infectious energy will. Unsurprisingly that same energy has opened myriad doors for the skillful disc jockey.

In the earlier days of Eff’s journey, he couldn’t envision that his part-time hobby would blossom into a full-time job year-round. 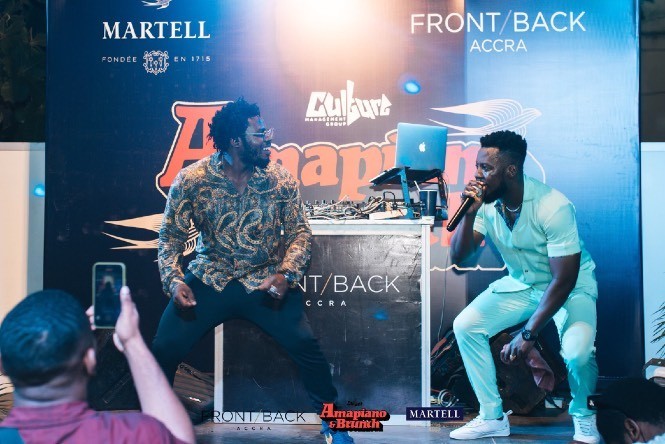 “It’s just funny how I arrived here. Pre-pandemic, I reached a point where some months DJing was bringing in as much or even more than my day job. It was a dilemma. I couldn’t see myself
resigning, and if I did, would I survive on just one source of income? I don’t have to worry about all of that anymore. This is all I do now and I love it.”

December is the peak season for DJs in the West African region: cities swell with returnees and tourists and promoters, artistes and organizers collaborate on blockbuster events in the months

prior, however, things can be a bit slow. In mid-2021, Eff found the perfect antidote to the off-season: a job as a resident DJ for Guide Radio 91.5FM, one of Ghana’s trendiest urban radio stations.

Those weekday responsibilities haven’t dampened his role as a permanent fixture of Accra’s nightlife, however. “ The city is so vibrant. There’s always something happening
somewhere. Why else would you meet a traffic jam at 2 AM on a Tuesday?” 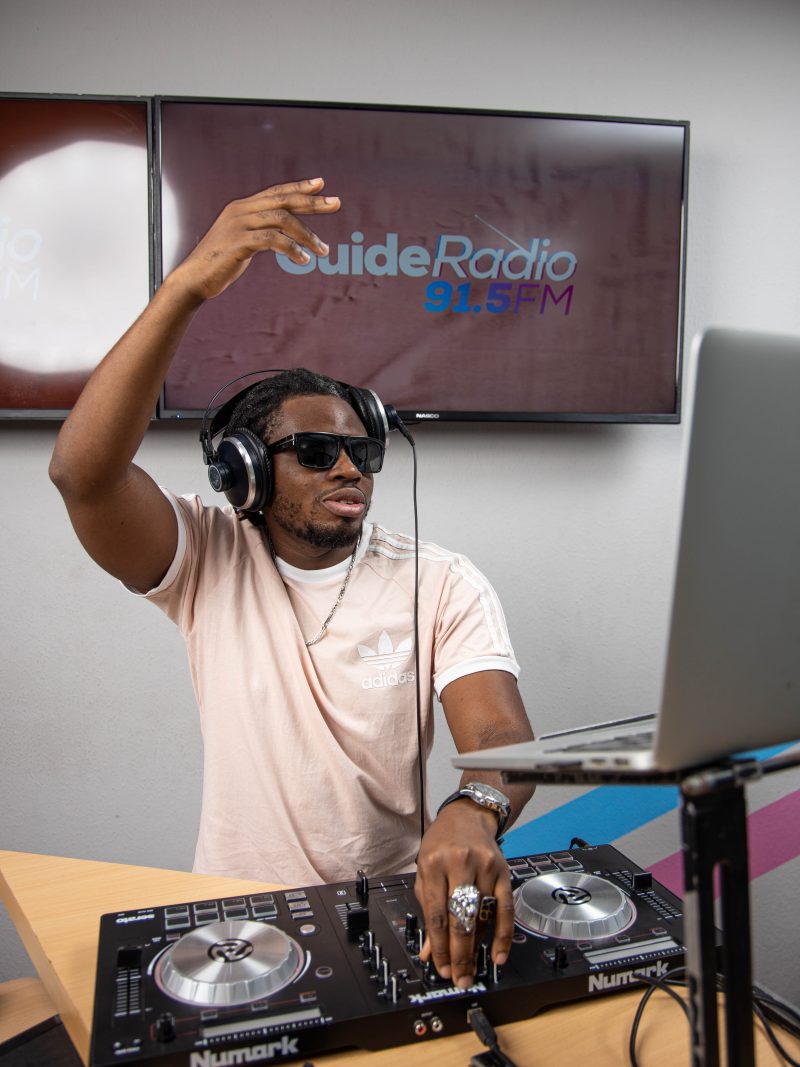 The Ghanaian government named the year 2021 “Beyond The Return,” a successive initiative after 2020’s Year Of Return. The idea was to promote tourism and encourage the homecoming
of African descendants in the diaspora and Ghanaians living abroad. With December being the apex of Accra’s turn-up, the city has become the destination for anyone looking for seasonal
enjoyment.

The month is littered with events hosted at private venues, pubs and clubs, and Eff The DJ was at most, showing off his art. From Alley Bar’s 2nd anniversary, performing at
Afrochella, playing some nights at Polo Beach Club and regular nights at Front/Back…he was
the ‘IT DJ’.

One of his most exciting moments was getting booked to play alongside ‘the Kings of Amapiano’, Kabza de Small and DJ Maphorisa, for three consecutive events. This was a dream
come true for Eff, who had admired the South African DJs. 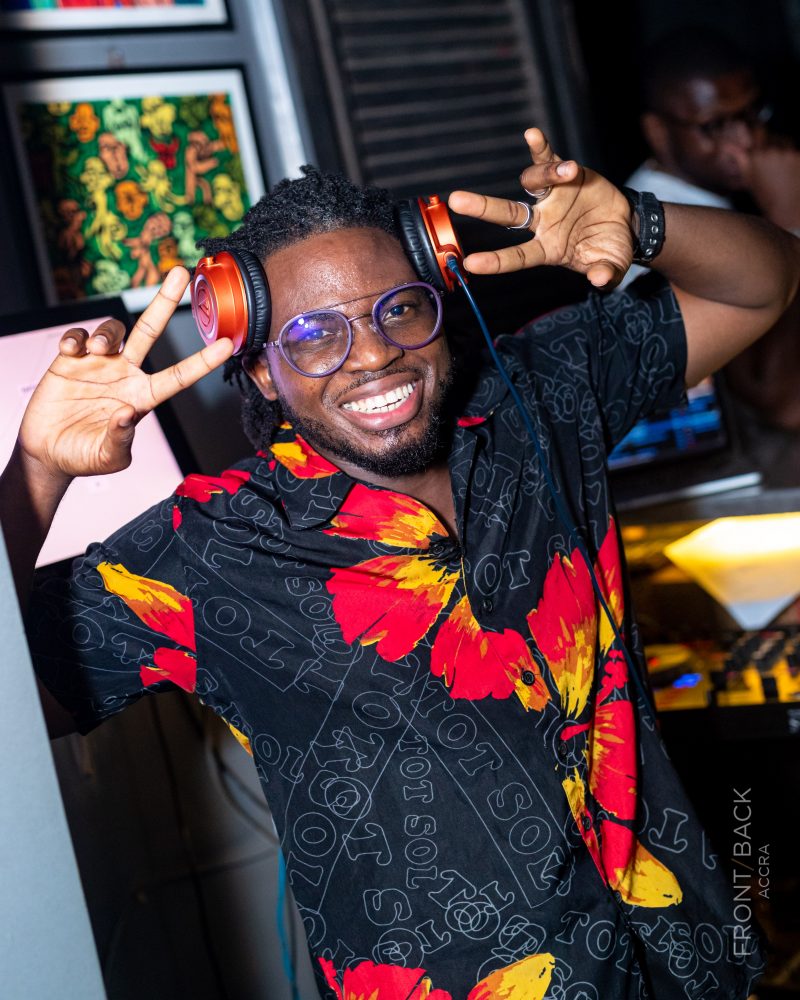 “The Scorpion Kings – The Kings of Amapiano are my idols but, honestly, Afrochella was one of my most significant events of 2021. It was one of the year’s most talked-about events, with
global sponsors and big stars. Sharing the stage with Wizkid, Stonebwoy, Kojo Antwi, Black Sherif, Gyakie, Manny Norte, Amaarae, Ari Lennox, DJ Loft, Kofi Jamar. It was so fun, and I’m
grateful. I worked with the Afrochella team at their 2019 festival and the Block Party they held in 2020, so being asked to return in 2021 was a great feeling It makes you realize people in the
industry are always watching and your consistency and dedication will eventually pay off.”

One thing the pandemic and the events surrounding it in his life did was make Eff pay attention to a career path he used to only consider as a side hobby getting him extra money. His new
reality pushed him to pay attention to his brand as a DJ. As EFF THE DJ. It wasn’t just a hobby anymore. It was becoming and had become his main and sole source of income. With this in
mind and a fully packed December, Eff saw and still sees the nightlife as not just a job, but a means to network and better his brand. According to him, there are limitless networking
opportunities if you’re in the right places to make moves. 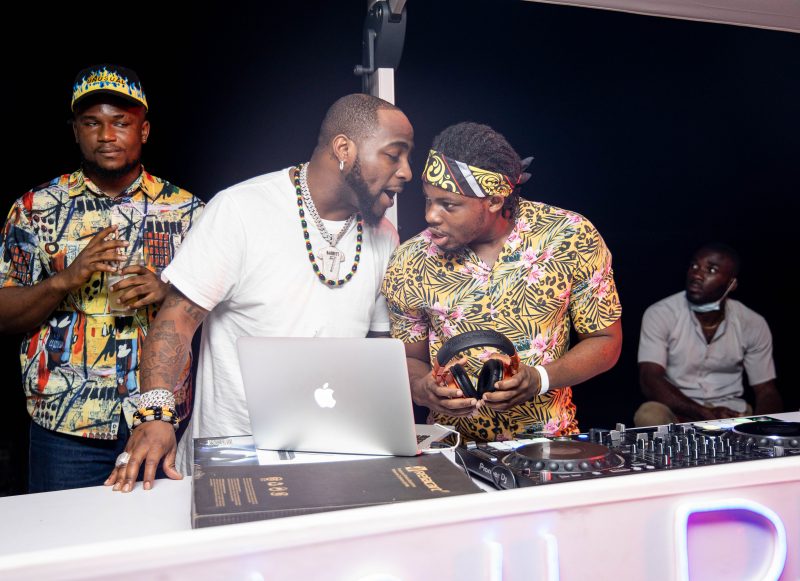 Despite these upsides of networking and basically partying/having fun as a job, DJs are privy to the other side of the glorified Accra nightlife.

“I remember one of the worst events I had to play at. Everything was in shambles. Carpenters were still working at showtime, soundcheck was still happening really late, and my hospitality
wasn’t really being taken care of till I decided to hold the event hostage. I told them I was leaving, and that’s when management put things together.”

“Nightlife takes a serious up-turn because almost nothing is enough on some nights. A spot can run out of drinks, food and even DJs. As funny as that may sound because the DJs are event
hopping and completing their booking commitments all over the place. “Every night has its own adventure. Once I had to do a rehearsal with one of our A-list artistes for a show we had later that day… in Kokrobite. After I went on to perform a set in Osu, left Osu to Kokrobite for the show, and came back to Osu for another set which happened to end around 6:30 AM. I got home, slept, and got back to the job again later that day.”

With his wide-ranging taste in music, Eff doesn’t have a fixed method for how he satisfies his audiences either at events or on the radio. Instead, he advocates for constant preparation.
DJing can be volatile; conditions often change mid-event and preconceived plans can quickly disintegrate. According to Eff, it’s best to be versatile and move by his motto: ‘Formula no dey.’

Franklin Digber aka EFF The DJ is poised to take his brand to the next level. How does he intend to get there? Simply sticking to everything he’s practiced since he started and to keep
practicing and maintaining hard work, consistency, building and maintaining solid relationships, and resisting mistreatment from people.

“When it comes to support, in my opinion, DJs may also need the kind of investment that artists signed to record labels get. There’s so much a good budget and efficient management can do
for a DJ’s career but personally, I look forward to doing more, developing more artist – DJ relationships and brand partnerships, and traveling to do more events outside the country. I
honestly wish I did that earlier in my career..” Productive things to do at the weekend

The Ghana Chapter of the Young African Women Congress (YAWC) Network and the ExLA Group Health Programme (EGHP) have carried out an outreach programme at the female division of the Nsawam Minimum Security Prisons on Thursday 4th August, 2022. END_OF_DOCUMENT_TOKEN_TO_BE_REPLACED

Toyin Lawani, Nigerian Entrepreneur sits with Chude Jideonwo, host of #WithChude and founder of Joy, Inc. to share about the loss of her pregnancy, her family and her previous relationship. END_OF_DOCUMENT_TOKEN_TO_BE_REPLACED

Here, we’ll be documenting our experience with buying and trying out different cannabis strains from UnitedCannabisSeeds.com. END_OF_DOCUMENT_TOKEN_TO_BE_REPLACED

On Tuesday, August 2, Netflix hosted a “See What’s Next Africa” content showcase in Lagos, Nigeria, to spotlight its increased investment in Africa’s rich storytelling history through exciting new projects in a wide range of genres and formats that will be available in 190 countries. END_OF_DOCUMENT_TOKEN_TO_BE_REPLACED

The Ghana Beauty Awards (GBA), is here again with the 6th Edition under the theme; Celebrating Beauty Excellence; the key to sustainable economic growth. END_OF_DOCUMENT_TOKEN_TO_BE_REPLACED

“Greater works is always a huge endeavor; we start working from the end of one edition for the next one. These things don’t just happen by chance. What we call the ANOINTING is deliberately nurtured and cultivated. We have to build a place for GOD; a system for GOD to use; you can’t just out of the moment pull up anything and say GOD use it. We have to prepare for HIM and so we take time to prepare. “ END_OF_DOCUMENT_TOKEN_TO_BE_REPLACED