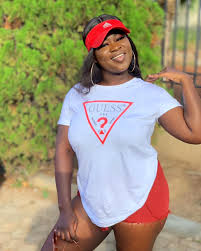 Ghanaian songstress, Sister Afia is confident about female artiste dominating the music industry considering the progress of some of her female colleagues over the past years.

Sista Afia believes it is about time female acts drive the Ghanaian music industry to another level despite the strides made by some male artistes both on local and international scene.

“Yes we would take over in the near future. It is about time, and as at now you can see we are gradually catching up with the male artistes, I am still achieving my music dreams, it does not come easily but with hard work and determination I would get there,” She told Ghana News Agency.

Sista Afia thinks she deserve an award in the upcoming VGMA because she believes she has put much effort in the year under review.

She reveals her plan on releasing a  lot of hit songs, starting off with “Paper” single which features Victor AD from Nigeria and I will release ”Queen Solomon II” this year,”. so she is urging her fans to expect a lot from her this year.

Related Topics:Sista Afia
Up Next

END_OF_DOCUMENT_TOKEN_TO_BE_REPLACED

Ghanaian comic actor, Benson Oduro Boateng, popularly known as Funny Face is steadily making a comeback to standup comedy after being away for a whole ten years. END_OF_DOCUMENT_TOKEN_TO_BE_REPLACED

The Game, Jay Bahd and Joe Young got one on the way! END_OF_DOCUMENT_TOKEN_TO_BE_REPLACED

Ghanaian-American actor and comedian, Michael Blackson has recently taken to Twitter and Instagram to make complaints about the cost of clearing goods in Ghana. END_OF_DOCUMENT_TOKEN_TO_BE_REPLACED