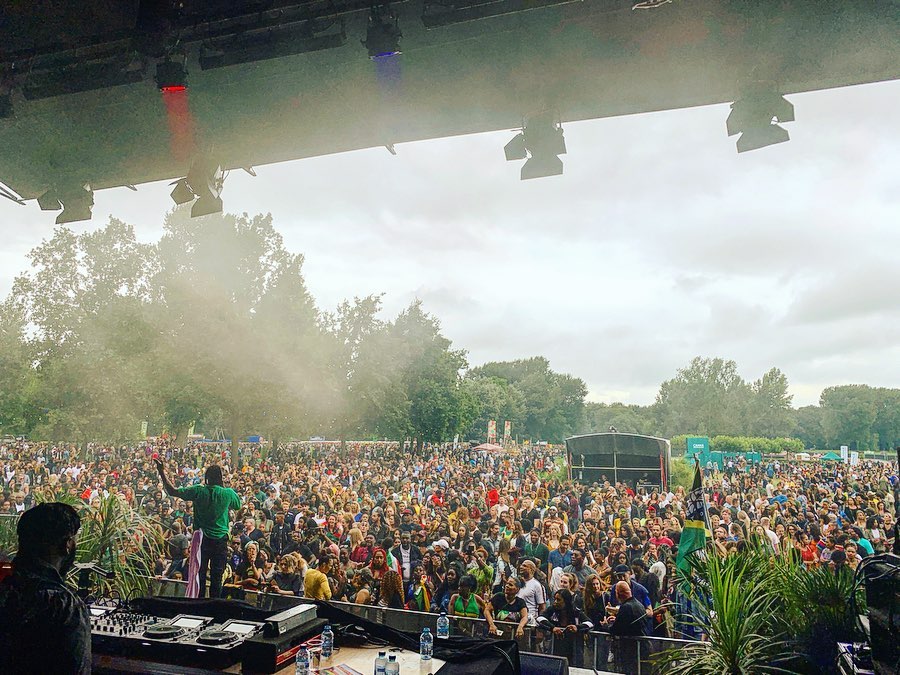 The “Lioness of Africa”, Wiyaala and “BHIM Boss” Stonebwoy are working fervently and strenuously to charm millions of music lovers across the globe through their individual Europe Tours. Both artists have consistently toured the globe for years, but this year saw some tremendous numbers at their shows. 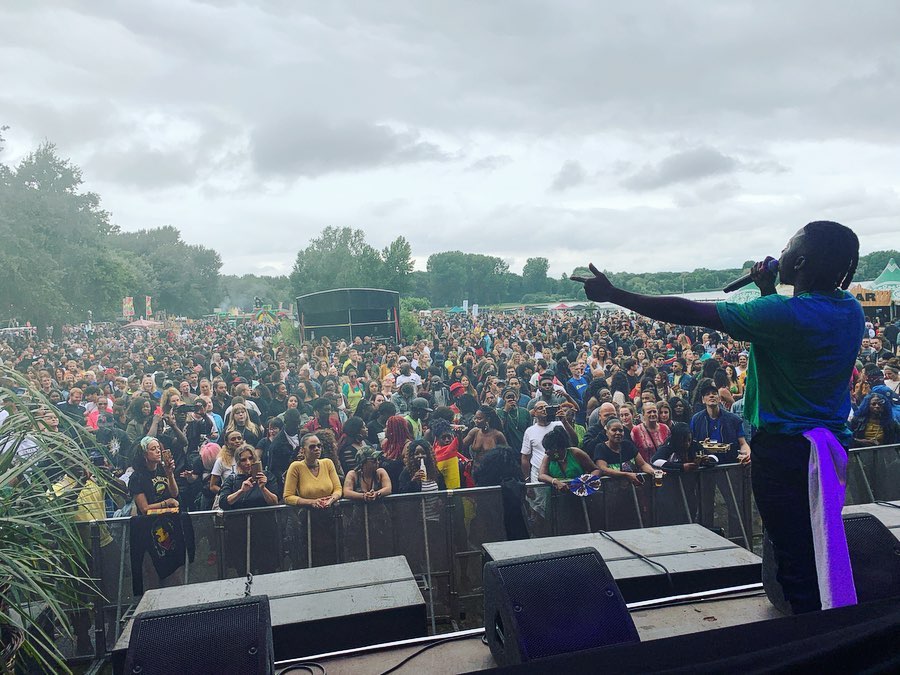 This year through his ‘Shuga Summer Europe Tour 2019’, Stonebwoy kicked off his Europe conquest with an electric performance at the HillVibes Reggae Festival ‬in Austria.

Where Would I Be Without MAMA!! @rastahillcamp #hillvibesfestival was On Fire.. ⏭ @uppsalareggaefestival Sweden 🇸🇪 Tonight!!!

Stonebwoy’s next stop was at the Uppsala Reggae Festival in Sweden where e proved that language is never a barrier when it comes to the power of music.

He moved straight to Holland for the Rotterdam Reggae Festival.

For his fourth festival on the tour, Stonebwoy joined entertained thousands of patrons at Afro Nation Festival in Portugal.

Still going hard, Stonebwoy will perform in four cities in Germany, the United Kingdom, and Spain.

Europe! Tour kicks off next weekend! + We just added Northampton, 🇬🇧 … which cities are you coming too? #SHUGAEUROPETOUR🔥 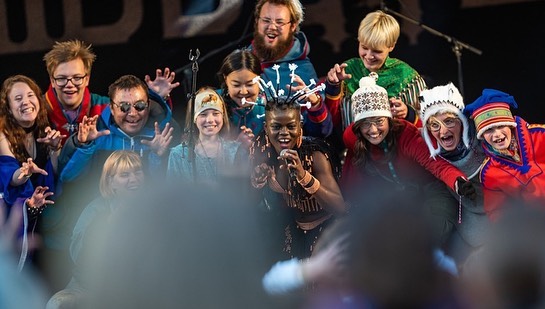 The androgynous singer-songwriter from Tumu may have a past as a chorister, but today she means business. In her native Sisaala, Wiyaala means “the doer.” Her pop-inflected tunes appear breezy, but her lyrics are tough on gender equality and male-dominated culture.

She’s so far on top of the list of homegrown musicians flying Ghana’s flag high on the global market with her phenomenal, delightful, powerful and lively stagecraft.

She moved back to the UK where she performed with ‘The Refugee Drop In Chair’ in London and continued her tour at Festival Milo Verde in Portugal.

Without taking a break, she quickly moved to Switzerland for the 2019 Afro-Pfingsten Festival and made a stop at Tamboril Fest in Spain.

Holland hosted the “Rock My Body” hitmaker twice at this year’s Houtfestival and Oerol Festival.

She made her way to Germany where she performed at the 2019 Fusion Festival, and the Kenako Festival, in Berlin.

Norway hosted her at another top festival, Riddu Riđđu.

Ending July on an impressive note, Wiyaala performed on three occasions in Leeuwarden, Netherlands at the 2019 Welcome to the Village festival.

In August alone, she will perform at eight different concerts and festivals in Europe.

With electrifying and energetic performance, Stonebwoy and Wiyaala have attracted a large fan base which continues to grow across the world.

As the world is now paying attention to African music, hopefully we would see these two Ghanaian musicians perform on the Coachella stage in the very near future.

5 Ghanaian artists that would be great for Coachella

Watch: Deborah Cox hopes to taste Ghanaian food, sing with other musicians on her first visit to Ghana

Watch: I was arrested for drug trafficking in USA – Actress Kumiwaa reveals

Ghanaian Reggae and Dancehall artist, Stonebwoy has been captured in a studio with American singer, Jordin Sparks following their recent meeting in Los Angeles. END_OF_DOCUMENT_TOKEN_TO_BE_REPLACED

A Lagos State High Court, Southwest Nigeria has awarded N5m damages against a singer, Ikuforijimi Abdulrahman, aka Oxlade, over a leaked explicit sex tape with a woman on a social media app, Snapchat. END_OF_DOCUMENT_TOKEN_TO_BE_REPLACED

Ghanaian rapper, Kwaw Kese has recounted his contribution to the success of Stonebwoy’s career. END_OF_DOCUMENT_TOKEN_TO_BE_REPLACED

Ghanaian Afropop and R&b singer, Camidoh has stated that he dropped an EP instead of an album to further solidify his brand some more. END_OF_DOCUMENT_TOKEN_TO_BE_REPLACED

Ghanaian Radio/Television Personality, Deloris Frimpong Manso, popularly known as Delay, has revealed that she has been blocked on Twitter by her colleague Abeiku Santaana. END_OF_DOCUMENT_TOKEN_TO_BE_REPLACED