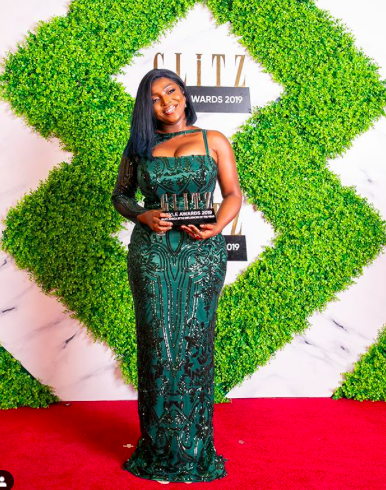 Glitz Africa held the fifth edition of its Glitz Style Awards on Saturday, September 14 with singer, King Promise winning two nods including Social Media Style Influencer of the Year and Artiste of the Year

The celebrates individuals setting trends and raising standards with their sense of style; and also seek to strengthen the growing fashion industry by establishing, developing and promoting international industry standards here in Ghana.

Hit or Miss? What the stars wore to the 2019 Glitz Style Awards

The 2019 Glitz Style Awards winners were announced as follows;

Artiste of the Year– King Promise

Stylist of the Year– Kelvin Vincent

Individual Style of the Year– M.anifest

Hit or Miss? What the stars wore to the 2019 Glitz Style Awards

Will you eat fufu and stew? Nikki Samonas does and fans are not having it