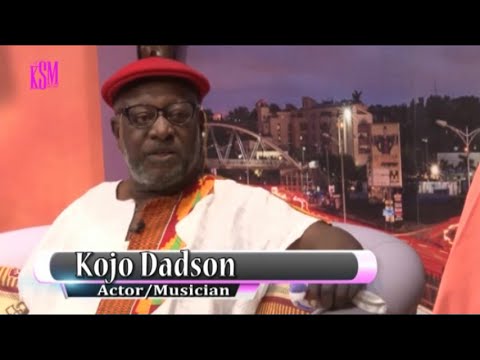 Veteran Ghanaian actor Kojo Dadson has passed on at the Korle Bu Teaching Hospital in Accra after battling kidney issues.

According to reports, the prolific actor died on Tuesday, February 9, 2021, while undergoing dialysis for his kidney problems.

The actor who is famed for his role in popular Home Sweet Home TV series had been recovering from a stroke he suffered in 2012 and which kept him wheelchair-bound for the past eight years.

In a graphic.com.gh report, the actor’s brother, PaJohn Bentsifi Dadson, also known in the arts and entertainment scene disclosed that he died exactly two weeks after his beloved wife passed away.

According to PaJohn, “his brother suddenly became weak a week ago and was dehydrated. He was admitted at the Ridge Hospital where he was put on drips and they run several tests on him” the website reported.

He detailed that “the doctors diagnosed him with kidney issues and recommended dialysis. He went for his first dialysis session on Tuesday at Korle Bu but unfortunately passed on“.

Kojo Dadson’s comedic acting made him a phenomenon and he featured in a number of successful productions including Love Brewed In An African Pot, Run Baby Run, Home Sweet Home, Sun City, Hotel St. James, Doctor Love among others.

Watch: How funny face was arrested by police and his response to their alleged maltreatment

Ghanaian musician and songwriter Kwame Nsiah-Apau, popularly known as Okyeame Kwame, says he has never cheated on his wife since they married 16 years ago. END_OF_DOCUMENT_TOKEN_TO_BE_REPLACED

TV3 and 3FM’s entertainment journalist and television host, Gloria Akpene Acquah, popularly known as MzGee, has quit her job with the Media General after 2 years. END_OF_DOCUMENT_TOKEN_TO_BE_REPLACED

Lynx Music signee, Kuami Eugene has called out social media users who are usually seen jamming to other nationals’ songs on Tiktok to equally do more videos with Ghanaian songs. END_OF_DOCUMENT_TOKEN_TO_BE_REPLACED