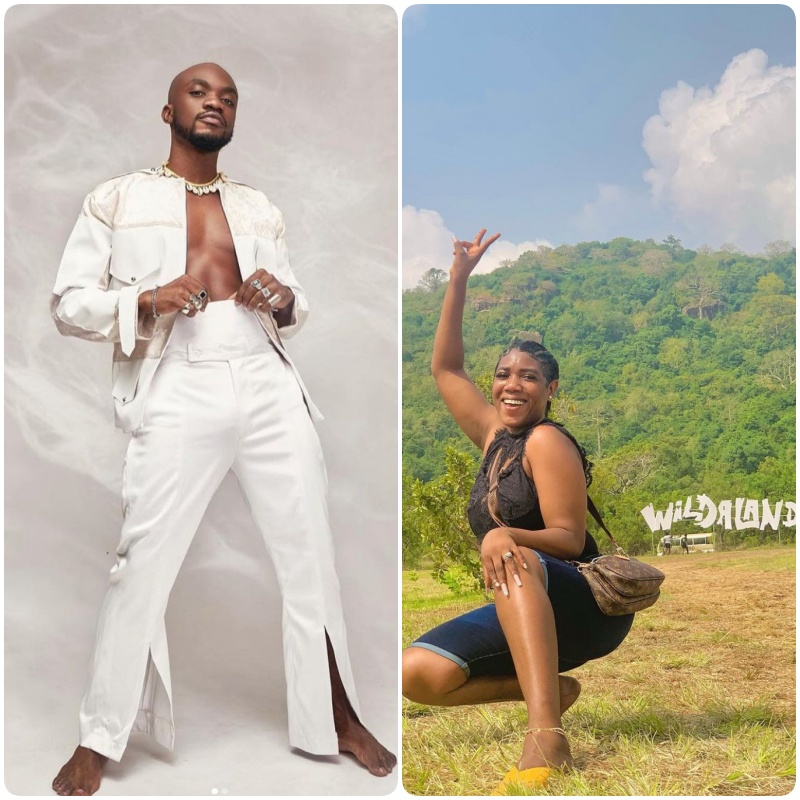 Victoria Lebene, actress and wife of blogger Eugene Osarfo-Nkansah (Nkonkonsa), has publicly lashed out at singer Mr Drew for an incident at the just ended Wildaland Festival.

It seems the actress cannot come to terms with comments Mr Drew made when there was a technical hitch during his performance at the maiden edition of the anticipated music festival. Victoria took to instagram to vent her spleen:

“You this Drew Guy….. @mrdrewofficial Remarks of you is very appalling at the @wildalandfestival
1000’s of people travelled very far and all the way into the WILD just to have a swell time, only for you to display a very poor and immature performance. Your act at the first ever edition of WILDALAND was and is very disrespectful, disgusting and insulting. How long have you been in the music industry for you to display such an act? Ghanaians make and unmake you should have that in mind, that the least act you disregard may be what would bring you down. Don’t be too proud to be able to comport yourself when the unfortunate happens!
.
The machine failed you, but what happens to your stage craft, composures, manners and even your talented vocals? We are mad at you this is the message if no one has told you yet I’m doing that here on behalf of the people that drove extra miles to witness your crap! So disappointed in you.”

Ghanaian movie producer, Pascal Aka has revealed how movie awards schemes in Ghana do not take the movie industry seriously compared to their Nigerian counterparts. END_OF_DOCUMENT_TOKEN_TO_BE_REPLACED

Ghanaian actor, Prince David Osei has expressed his concerns about the implementation of tax on mobile electronic transactions (e-levy) and if the government will put the monies into good use. END_OF_DOCUMENT_TOKEN_TO_BE_REPLACED

Ghanaian Lawyer, Sandra Ankobiah is not new to the fine and luxurious life. END_OF_DOCUMENT_TOKEN_TO_BE_REPLACED

General Manager of GhOne TV, Nana Aba Anamoah has cautioned young girls not to fall for the pressures of society and rush into marriages. END_OF_DOCUMENT_TOKEN_TO_BE_REPLACED