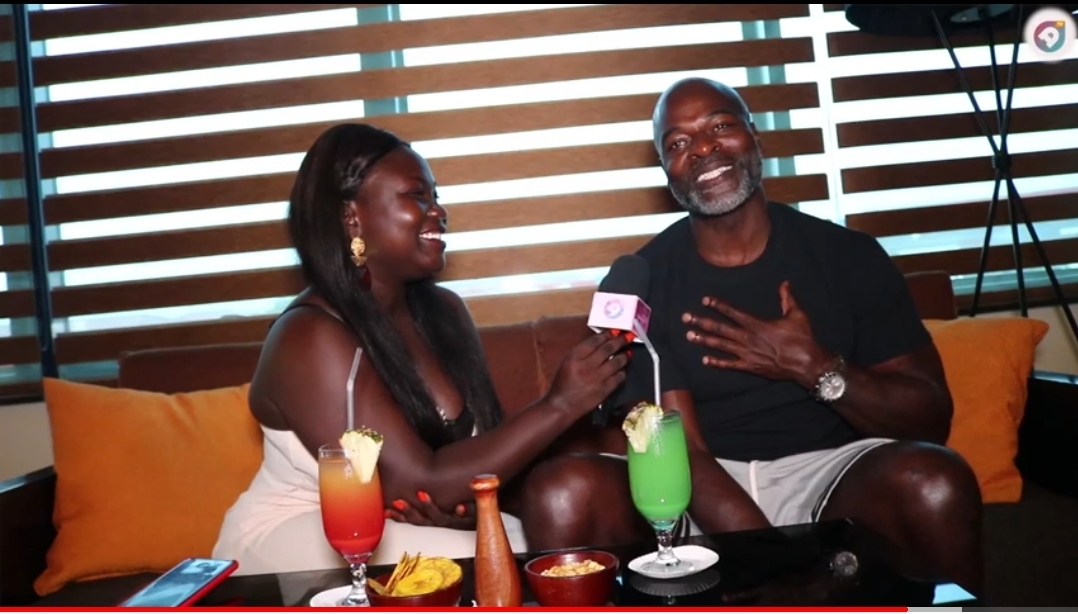 Over the weekend, Ameyaw TV had the opportunity to interview NBC’s The Blacklist actor, Hisham Tawfiq best known as Dembe Zuma and he revealed his reasons for visiting the country this year.

The American who plays a role as part of the security detail and very close friend to Raymond “Red” Reddington disclosed that a visit to Ghana has been on his bucket list for the last 5 years after his ancestry DNA results came out with Ghana on top.

He further explained that he wanted to show his son who turned 21 on Christmas Eve about his roots.

Talking about his character on the show, the former NYFD officer said he is confident his character won’t be killed off anytime soon due to the massive support from his African fans.

Tina Knowles reflects on her visit to the Cape Coast Castle, thanks President Akufo-Addo for the ‘Year Of Return’ initiative

Watch: Recording an Afrobeat album was super easy for me – Akon reveals

What a time to be an African! On the back of a successful Global Citizen Festival in Accra, and a visit of  Recording Academy CEO, Harvey Mason Jr to Ghana, his first trip to West Africa, it appears that Afrobeats may soon get its individual shine at the Grammys! END_OF_DOCUMENT_TOKEN_TO_BE_REPLACED

The School of Graduate Studies of the University of Professional Studies (UPSA) has honoured Ghanaian musician, Rebecca Acheampong known popularly as Becca for her outstanding academic achievements. END_OF_DOCUMENT_TOKEN_TO_BE_REPLACED

Platinum selling artist, KiDi has reacted to the resurfacing of his old tweets on the social media platform. END_OF_DOCUMENT_TOKEN_TO_BE_REPLACED