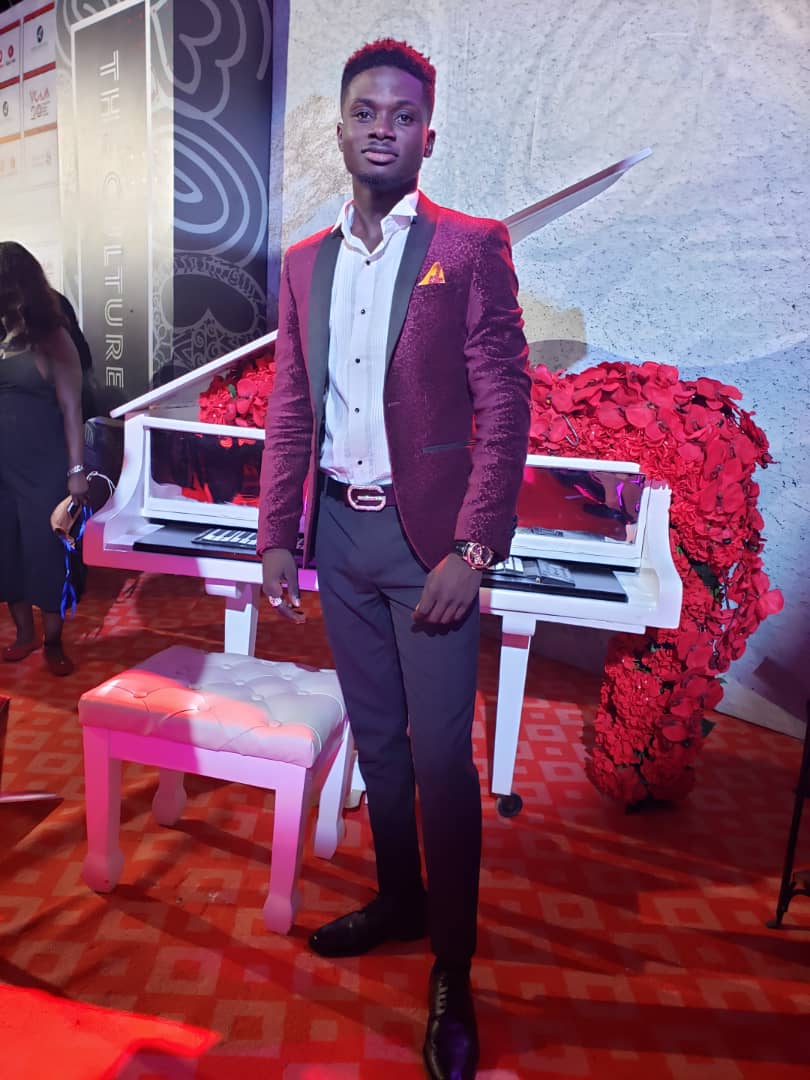 “High-life Artiste of the Year” winner at the 20th edition of the Vodafone Ghana Music Awards, Kuami Eugene, has replied critics who think he did not deserve to be crowned by veteran high-life musician, Amakye Dede as the “Future of high-life.”

According to the “Wish me Well” singer, he deserves every bit of praise and honor coming his way because he worked hard for it.

Kuami Eugene was crowned by Amakye Dede at the VGMAs after an exciting performance together. According to Amakye Dede, Kuami has shown him that the high-life genre will continue to live on.

A lot of people have however come out to criticize the gesture; some feel it was staged just for hype, others feel it was disrespectful to other prominent high-life artistes like Bisa K’dei who has done equally well for the genre.

Kuami Eugene has come out to reply his critics saying that there is absolutely nothing bad about the gesture.

“It was a good feeling and performing with Amakye Dede was a blessing. With the crown, it is also a blessing upon my life. I think it’s a negative vibe to say he was forced. Why can’t we appreciate goodness when it happens?”

“I’ve won ‘Highlife Artiste of the Year’ back-to-back. Let me say that alone proves I am doing highlife well. I do live performances too and if I have been crowned Highlife act of the new era, I don’t think there is anything bad about it,” he added.

Watch: Edem clarifies his “at least one member of an artiste’s team carries a gun” statement

Rapper 101 is not a diss to Sarkodie – M.anifest

The Hewale Lala (Song Of strength) hit maker Perez Musik gets ready to have his first-ever major concert. END_OF_DOCUMENT_TOKEN_TO_BE_REPLACED

Kofi Sonny, CEO of 610Music, a direct representative for Universal Music Group in Africa, unveiled two of his newly signed artistes to the world over the weekend. The event pulled in dignitaries from all over the globe to witness what many have dubbed “the birth of greatness.” END_OF_DOCUMENT_TOKEN_TO_BE_REPLACED

GuiltyBeatz is ringing in the summer! The Grammy-nominated Ghanaian producer and DJ is back with another dazzling solo effort – an Amapiano-infused dance anthem ‘Universe’ featuring Pop sensation, Mr Hudson and buzzing Ghanaian singer, Twitch 4EVA. END_OF_DOCUMENT_TOKEN_TO_BE_REPLACED

The host of Joy FM’s Strong and Sassy, Animwaa Anim-Addo, has tied the knot in a private ceremony. END_OF_DOCUMENT_TOKEN_TO_BE_REPLACED

Grammy award-winning Nigerian musician, Burna Boy is trending on Twitter over his choice of outfit at a recent concert. END_OF_DOCUMENT_TOKEN_TO_BE_REPLACED