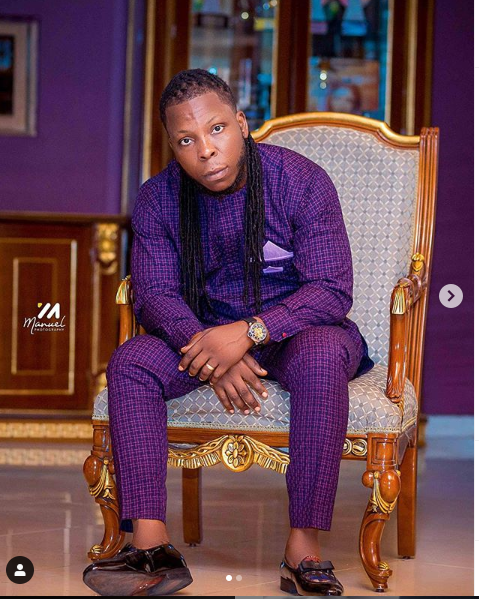 Ghanaian rapper, Ayibge Edem has clarified his statements on why at least one member of an artiste’s team carries a gun.

A while back, a trending video of the rapper asserting to the fact that at least one member of an artiste’s team carries a gun for protection hit the internet after the Stonebwoy- Shatta Wale brawl at the 20th edition of the Vodafone Ghana Music Awards.

However, speaking to Ameyaw TV at the launch of Patoranking’s Wilmer album, Edem stated that he made those comments because he believes unhealthy “beefs” between artistes has compelled them to carry guns to feel protected from one another.

“when I say artistes walk around with guns, this is what I want people to understand, we are adults, we have families, we have people to protect. and so I was just telling radio people that I don’t think that we should foster beef because the fostering of beef has gotten to the level where everybody wants to feel that they are protected so the next man will not bully them. And so it wasn’t just more about walking around with a gun, but it was more about beef creating a certain atmosphere where people want to feel protected,” he explained.

Edem however went ahead to encourage a “beef” free industry so artistes will not feel they have to carry guns to feel protected.

Edem released his video to his “Power” single featuring Stonebwoy a couple of days ago and it is doing so well.

Viola Davis makes a stunning transformation in the new trailer for ‘The Woman King’, in which she plays Nanisca, leader of the all-female warriors known as the Agojie. END_OF_DOCUMENT_TOKEN_TO_BE_REPLACED

African-American businessman and jet broker Kelvin Mensah, popularly known as PJKev has added his voice to the many people against the building of the National Cathedral. END_OF_DOCUMENT_TOKEN_TO_BE_REPLACED

Nigerian hip-hop artiste, Eedris Abdulkareem has disclosed that he is battling kidney failure and will have a surgical operation at the end of July. END_OF_DOCUMENT_TOKEN_TO_BE_REPLACED

According to reports from Nigeria, unidentified gunmen have attacked an ‘advance team’ of President Buhari’s presidential aides leading to injuries to two people. END_OF_DOCUMENT_TOKEN_TO_BE_REPLACED

Sensational highlife/afrobeat artist KiDi has said that his dream is to collaborate with Daddy Lumba on a song. END_OF_DOCUMENT_TOKEN_TO_BE_REPLACED