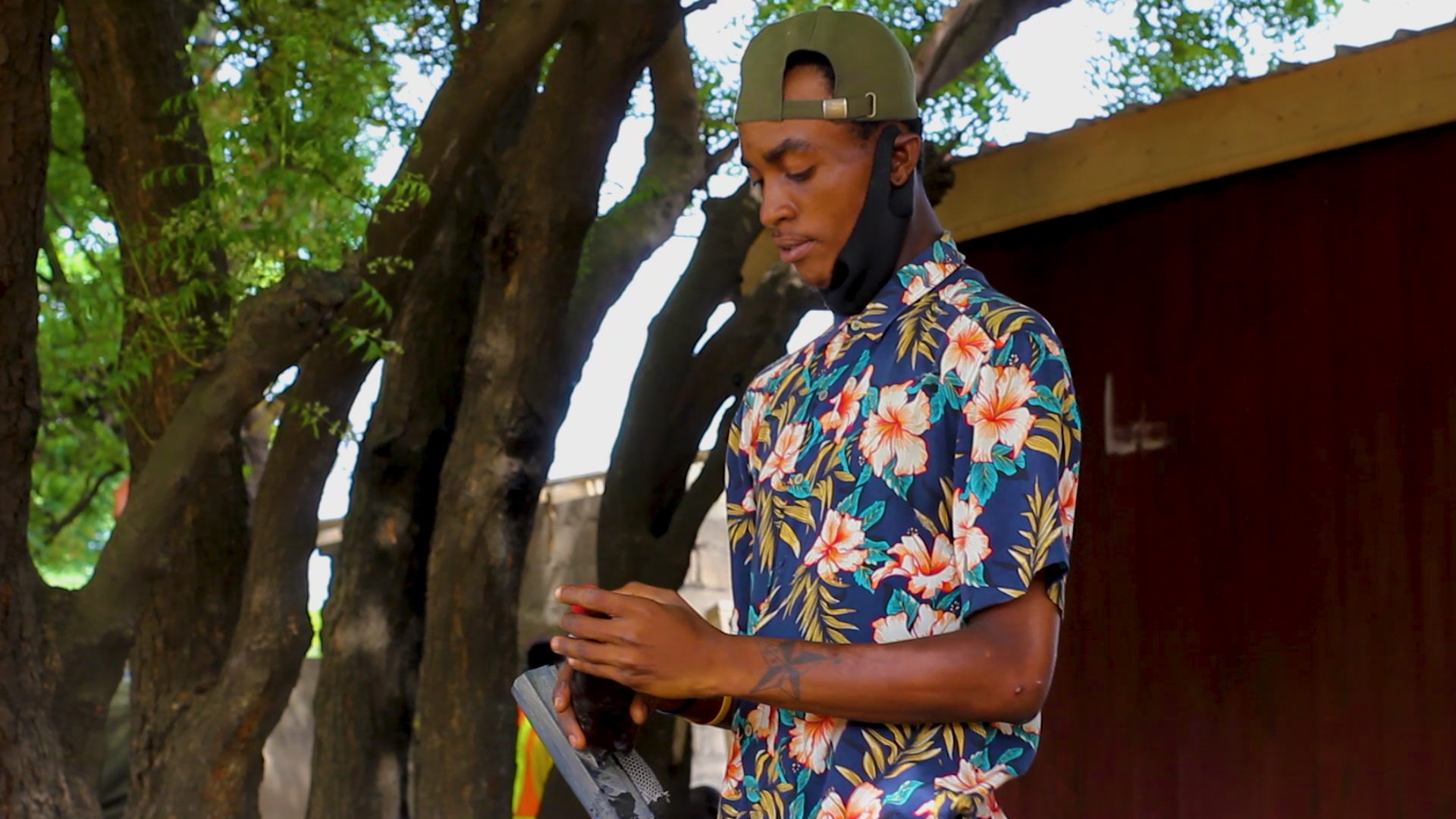 Benabi Discovery, a humanitarian advocacy media, had not relented on its efforts to combat streetism in Ghana.

As part of its usual engagements with the street children to ascertain what brought them to the streets and possible ways to take them off the streets, Benabi found another young adult who has become a street boy due to the hardships of life.

Hansen, who belong to a family of five, lost his parents at a tender age; he was thus left with his younger sister and kid brother.

To make life a little easier for himself, he resulted to working as a ‘wind screen cleaner’, a venture which is characterized with so much risk.

Narrating his life experience on the streets, Hansen said, he makes an average returns of Ghc50 a week, but as a teenage father and bread winner for the rest of the family, he’s got to give out Ghc20.00 every two days to enable the daily up keep of his child and also send an amount for the fending of his little sibling.

Hansen pays for rent of Ghc10 daily to enable a roof over his head and that of his younger sister who also has a child but in the custody of her in-laws.

Young Hansen also reiterated the fact that, once in a while, certain folks like Stonebwoy, Shatta Wale and other popular figures, do give him and his colleagues on the street some amount to share when they pass by the road, but this doesn’t often get to all of them as a result of bullying from the elderly street boys.

Hansen has no choice than to keep up with the hustle on the streets even though at some point in time, he gets injured by cars he attends to.

Hansen narrated an incident on the streets, which got to do with a man on a motorcycle with a huge amount guessed to be Ghc100.000 plus, but unfortunately got scattered as the motor sped off.

Observers at the time of incidence, looted the scattered cedi notes, some GHC 50.00 notes and others took GHC 20.00 notes till almost everyone around had a cedi or two, apart from Hansen, who wasn’t on the streets at that particular moment.

But later on, the said victim organized gangs and hoodlums from Nima to storm the streets and possibly retrieve the money, Hansen unfortunately was grabbed, beaten and dragged to the police station, even though most of his colleagues bolted.

It was a Good Samaritan trader within, who facilitated his release after proven innocent.

Young Hansen, appeared very confident and wish to get some capital to trade in shoes and sandals as means of livelihood.

As a young parent, Hansen prefers trading to schooling in the interim, to enable him take care of his family, devoid of street life.

Benabi Discovery wish to see Hansen and other street boys, lives a fulfilling life and as such, will leave no stone unturned to enable this come to fruition.

Related Topics:Street Boy
Up Next