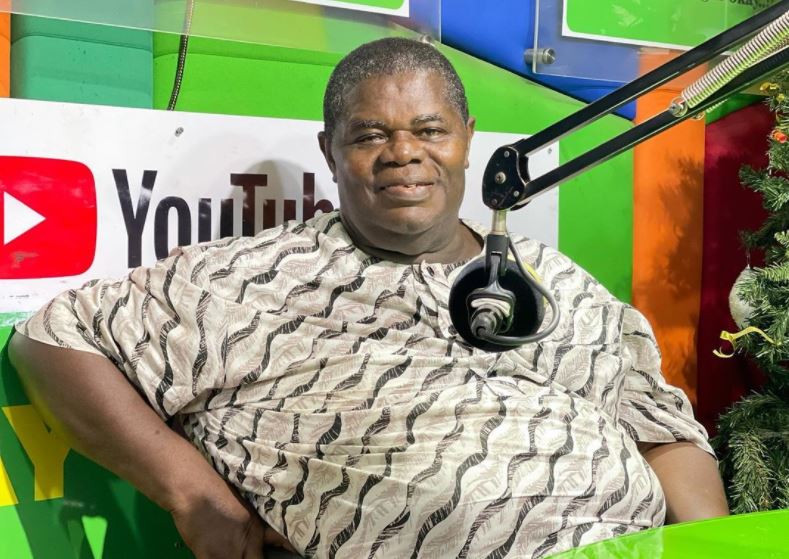 Veteran actor, Psalm Adjetefio, popularly known as TT has made a shocking revelation about the amounts he received last year.

According to the “TAXI” actor, an individual from the Office Of The Chief Of Staff had contacted him and immediately sent 40,000 Ghana cedis to his mobile money account after news of his financial struggles.

In a new interview with Halifax on OkayFM, TT said he received the amount before Dr. Bawumia’s 50,000 Ghana cedis public donation.

He, however, claims to have been in debt, going through rough times, and therefore used parts of the money to settle those problems. He further claims to have supported his three grown children as well.

Listen to him speak in the video below.

TT has been trending since the week began after 3-minutes WhatsApp audio of him begging Media Personality, MzGee to help him with some  “leftovers” from her kitchen went viral.

Since the audio made it social media, there have been concerns on where the money he was gifted by the Vice President went.

Ghanaian actress, Bisa Gbekle became the talk of town over the past few weeks after she flew all the way to Turkey to undergo body enhancing surgery. END_OF_DOCUMENT_TOKEN_TO_BE_REPLACED

Ghanaian actress, Bisa Gbekle became the talk of town over the past few weeks after she flew all the way to Turkey to undergo body enhancing surgery. END_OF_DOCUMENT_TOKEN_TO_BE_REPLACED

Ghanaian actress, Yvonne Nelson, has come to the defence of veteran actor, Psalm Ajetefio (TT), over his “plead for leftovers” scandal that has hit the country over the past couple of days. END_OF_DOCUMENT_TOKEN_TO_BE_REPLACED

Despite public opinion that actress Yvonne Nelson has gone silent on the current ruling party, the New Patriotic Party (NPP), she begs to differ. END_OF_DOCUMENT_TOKEN_TO_BE_REPLACED