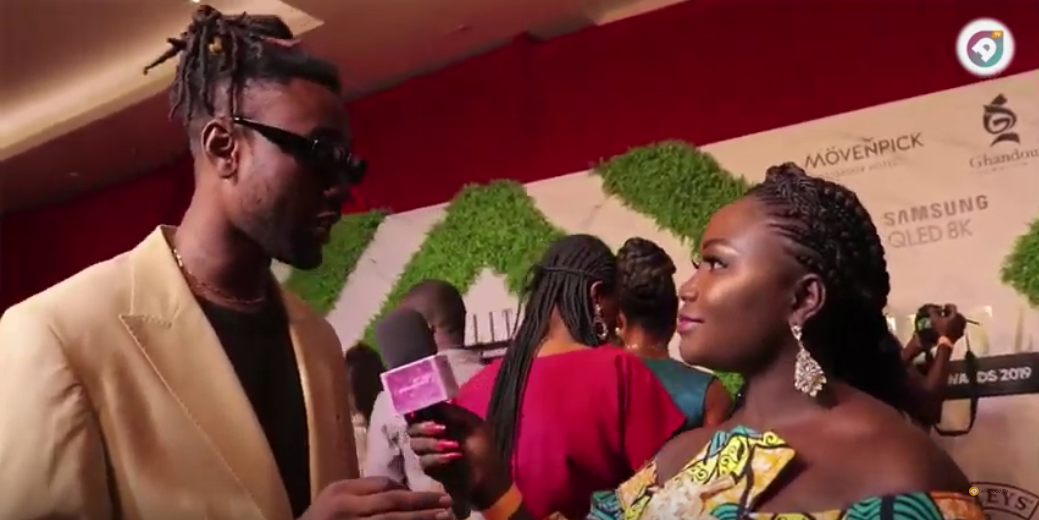 Ghanaian hip-hop performer Pappy Kojo has revealed why he has delayed in dropping his next body of work.

Since Pappy Kojo entreated some industry players and musician to an intimate listening party of his yet-to-be-released LOGOS II album back in March, fans have been waiting to get a feel of the full project.

However, Pappy Kojo in an interview with AmeyawTV at the Glitz Style Awards 2019 disclosed that he is making some changes and additions to the project so it becomes timeless and legendary like Obrafour’s ‘PAE MU KA’ album

The ‘BALANCE’ hitmaker also assured his fans that he will release LOGOS II before 2019 ends.

Back in May, Pappy Kojo told AmeyawTV that ‘there would be no Pappy Kojo without Obrafour’ so it’s no suprise he wants his album to be a classic like ‘PAE MU KA’.

Watch: There would be no Pappy Kojo without Obrafour

What a time to be an African! On the back of a successful Global Citizen Festival in Accra, and a visit of  Recording Academy CEO, Harvey Mason Jr to Ghana, his first trip to West Africa, it appears that Afrobeats may soon get its individual shine at the Grammys! END_OF_DOCUMENT_TOKEN_TO_BE_REPLACED

The School of Graduate Studies of the University of Professional Studies (UPSA) has honoured Ghanaian musician, Rebecca Acheampong known popularly as Becca for her outstanding academic achievements. END_OF_DOCUMENT_TOKEN_TO_BE_REPLACED

Platinum selling artist, KiDi has reacted to the resurfacing of his old tweets on the social media platform. END_OF_DOCUMENT_TOKEN_TO_BE_REPLACED