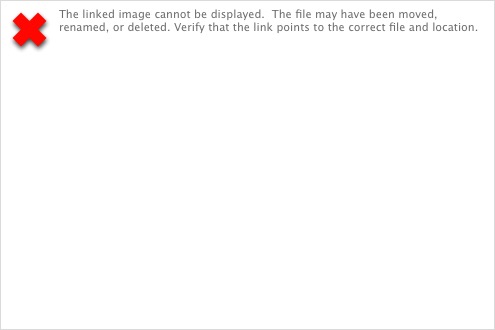 For Planet54, an online retailer based in Durban, South Africa’s rampant adoption of eCommerce in recent years came as no surprise. The company, set up in 2016 when online shopping was still in its infancy in the country, has witnessed 300% year-on-year growth.

The ambitious business, which offers a range of products from fashion items to tech, has now launched a new initiative offering independent suppliers the opportunity to sell through its platform as part of the Planet54 E-Retailer Entrepreneurship Programme.

Since the initiative began, company director Shahil Maharaj says a number of small businesses, based in South Africa and elsewhere including Namibia and Botswana, have reported up to 100% growth in turnover, month-on-month. Demonstrative of the company’s clever strategy, the new initiative is also indicative of South Africa’s blossoming online market.

A market rapidly on the rise

eCommerce is now worth around $3,804 million, putting the country among the top 40 for annual spending. Driven by significant investment in online retail platforms, an increase in the number of users engaged with emerging shopping channels such as via mobile devices, and the proliferation of social media, eCommerce is expected to see around 32.5 million users in 2020, 7% more than 2019.

Last year, the CEO of PriceCheck, Kevin Tucker, said South Africa had lagged behind other developed nations, but that the online shopping industry was primed for growth. His reason? Increased investment in innovation and the security of users’ data and transactions.

Indeed, cybersecurity may have been a stumbling block previously, stalling the ambitions of traditional bricks and mortar retailers to go online, and giving customers no confidence in the security of their money.

But that’s all changing – South Africa’s growing eCommerce industry demonstrates that. A 2019 study by Comparitech showed that the country improved in a number of key areas, such as successfully reducing the presence of mobile, financial, and computer malware, and the number of crypto miners and telnet attacks originating domestically.

It shows the Ministry of State Security’s efforts are working. The government department set up the National Cybersecurity Policy Framework (NCPF) in 2015 to tackle these problems. Over the last five years, engagement with business leaders and citizens has coincided with support for key skills. It has also encouraged the sort of investment we’re beginning to see transform the eCommerce market in South Africa.

Security has given customers peace of mind

Better online security has given users peace of mind that, when they make a transaction online, their money is safe. According to Bizcommunity, the leading shopping categories for South Africans are clothing, digital entertainment, and event tickets.

Secure websites with up to date SSL certificates (displayed as a “lock” in most browsers), two-factor authentication when purchasing, and investment in infrastructure to support backend administration, (addressing concerns around privacy and data security) has engendered more trust among the potential customer base.

Indeed, over the last few years, South Africa has addressed many of the issues holding back the growth of eCommerce. That’s meant solving the issue of online payments by offering users flexibility. Now they can pay by EFT, eBucks, Mobicred SnapScan, credit card, and other technologies.

Similarly, the country’s growing iGaming industry has embraced this form of payment. Using a similar method, customers can pay by phone bill to play games such as slots, roulette, blackjack, and craps. It has the major advantage of not having to input personal data, and ensures banking details are not held by any third party.

This sort of flexibility, alongside better online security, has enabled merchants to better engage with a wider customer base. Indeed, investment in payment security has also been targeted at the user experience, which has also been widely improved.

South Africa has still got work to do. But at least it is now successfully tackling the persistent problem of online security, with the focus now turning to other areas. For the eCommerce industry to thrive long-term, it must, for example, address issues with logistics to ensure customers get their products safely and efficiently.

Kevin Tucker says this means looking at the advances made both in the West (in the UK and US) and in the East (where Japan, China, and South Korea lead the way). It also means acknowledging a lack of availability at stores such as Amazon, where stock levels aren’t on par with, for example, the US or UK.

Yet, we know take-up is rising. More South Africans are eager to spend their money online, and the shift seen in other developed nations, where physical stores no longer dominate, is beginning to take hold. Knowing that our online presence is secure remains fundamental to this.

Related Topics:Improving Online Security
Up Next

How to Add Style to Your Daily Habits