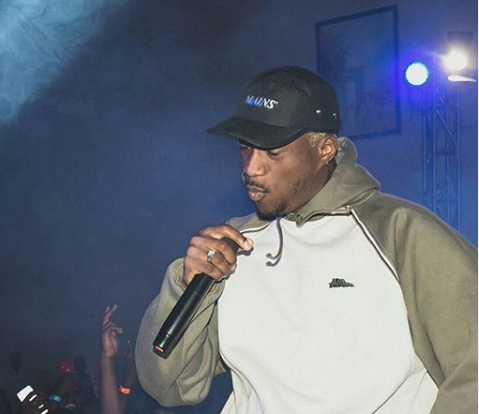 Speaking in an interview on Citi TV, the ‘stables’ hitmaker who’s a former BAM record signee revealed that, D-Black made a mistake by signing too many artistes onto his label.

“I think that’s where he fell short. He should have done it one or two at a time. He did too much with too many artists, unless he had some serious funding from somewhere but Ghana is hard,” he said.

He added: “I feel like it’s something he should not have done. I feel he bit more than he could chew. Sometimes you need to take your time.”

Joey B also noted that it appeared D-Black was wasting the artistes’ time.

“What you said you would do and what you promised them you could not do it because you are busy yourself. He didn’t really interpret what he wanted to do properly. We are all human beings and everyone wants to move nobody wants to be stagnant,” he further stated.

However, he stated that he still has a really good relationship with D Black despite parting ways with the label some years ago.Artists that left Black Avenue Muzik record label are Dahlin Gage, Wisa, Freda Rhymz and Koblah Jnr.

TV3 is not only best in new and entertainment, but best in rewarding its staff too. END_OF_DOCUMENT_TOKEN_TO_BE_REPLACED

The Ave Maria School has launched its 40th-anniversary celebration by urging school leaders to provide better opportunities and platforms for interaction with students in order to guide them in their education. END_OF_DOCUMENT_TOKEN_TO_BE_REPLACED