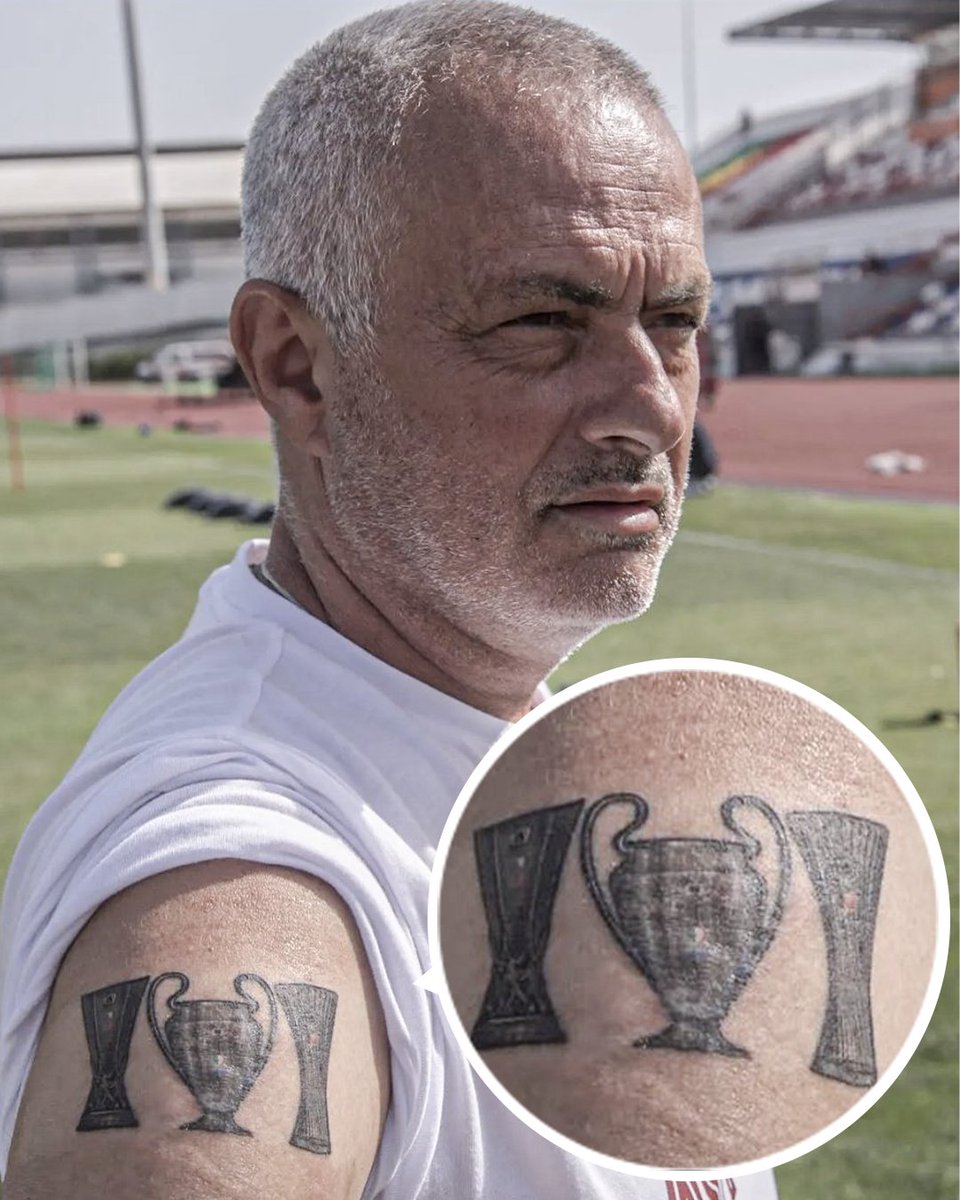 Mourinho established himself as a European specialist when he won the UEFA Cup and Champions League in back-to-back seasons with Porto.

Read Also: Jay Z should be the one requesting for a feature from me, not the other way round- Patapaa

He then moved to Chelsea, where despite his dominance of English football, he failed to bring a European Cup to Stamford Bridge. However, after moving to Inter Milan, he quickly turned them into European champions, beating Bayern Munich in the 2010 final.

His time with Real Madrid ended without adding honours in UEFA competitions, before he won the Europa League with Manchester United in 2016/17. And in just his first season in Roma, Mourinho was back in the winners’ circle, completing the collection – becoming the first manager to achieve the feat.The 59-year-old has now told followers on his Instagram that the passion of the Roma supporters has made him decide to honour his latest victory, with an image of all three trophies with the badges of the teams he won them with.

“This is my tattoo,” Mourinho posted on Instagram alongside an image of the design. “The joy of the Roman people led me to do it.

“Then I thought about something special, something that would honour all the clubs where I won European competitions. At the same time, I wanted a unique tattoo, one that, so far, I am the only one who can have it.

“Alberto showed me some proposals, I just changed a few details. Here is my tattoo.” 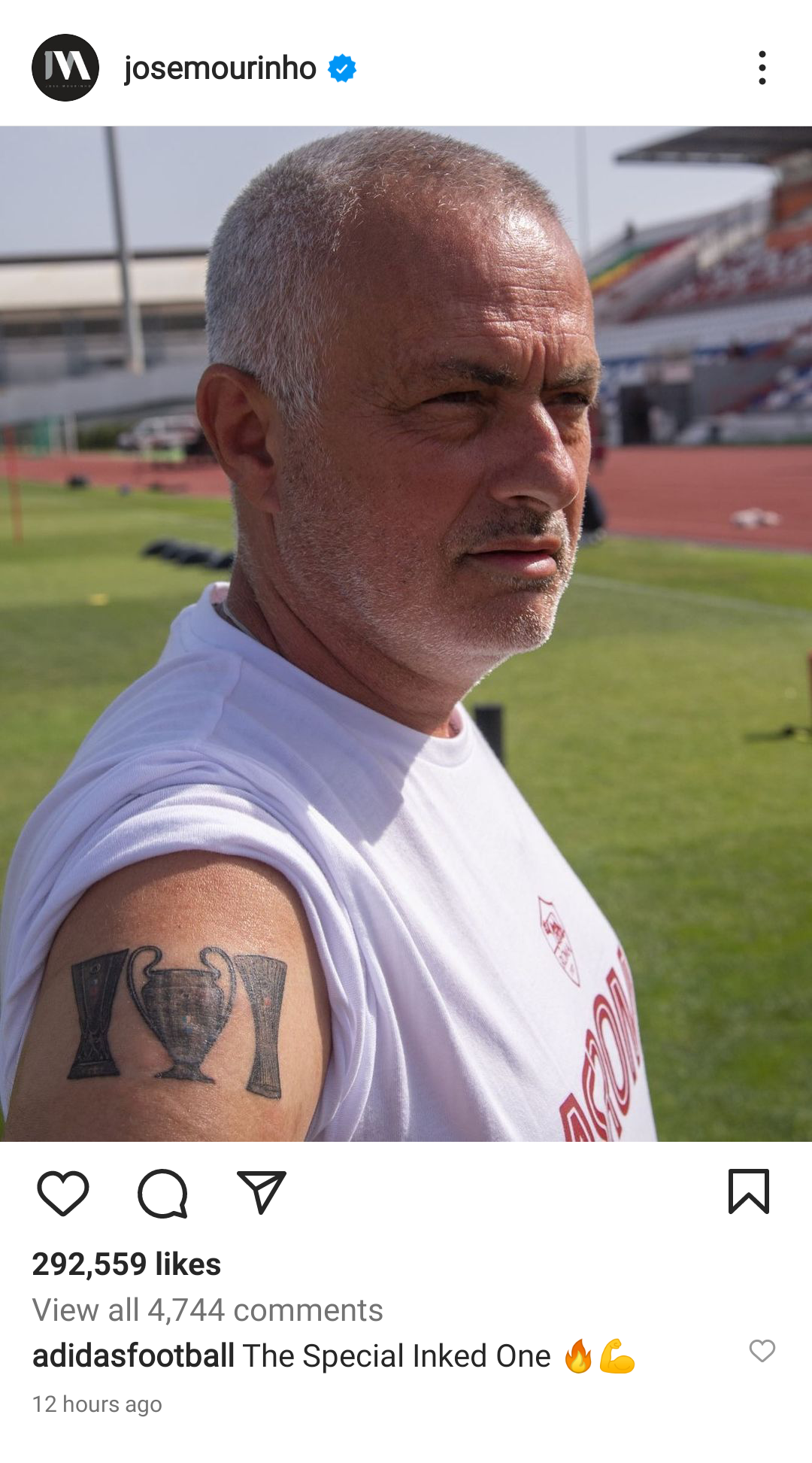 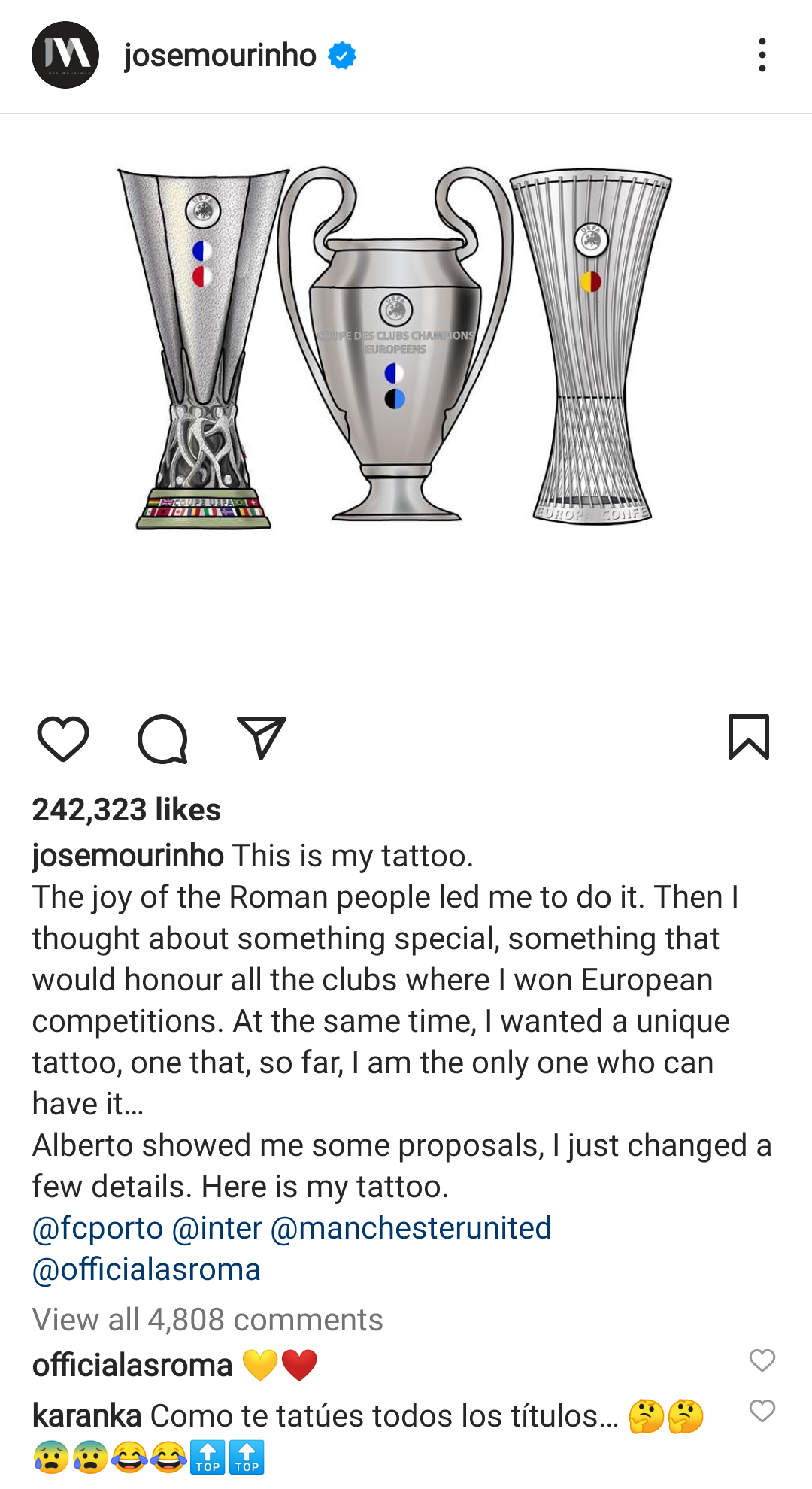 Mourinho was visibly emotional after his current club won the final in Tirana, admitting that it was special to win another trophy with what he claimed was a team not expected to compete for honours.

“The great thing about my career is that, aside from the Europa League with Manchester United, doing it with Porto, Inter and Roma is very, very, very special,” Mourinho said.

“It is one thing to win when everyone expects it, when you made the investments to win, but it’s quite another to win when something feels immortal, that feels truly special.

“This remains in the history of Roma, but also mine. I was told only I, Sir Alex (Ferguson) and Giovanni Trapattoni won trophies in three different decades. It makes me feel a little old, but it’s nice for my career.”

Divorces happen all the time, but the world never gets used to seeing celebrity couples break up. END_OF_DOCUMENT_TOKEN_TO_BE_REPLACED

Chrisean Rock posted a very steamy video of her and Blueface just hours after announcing she was leaving because he cheated on her. END_OF_DOCUMENT_TOKEN_TO_BE_REPLACED