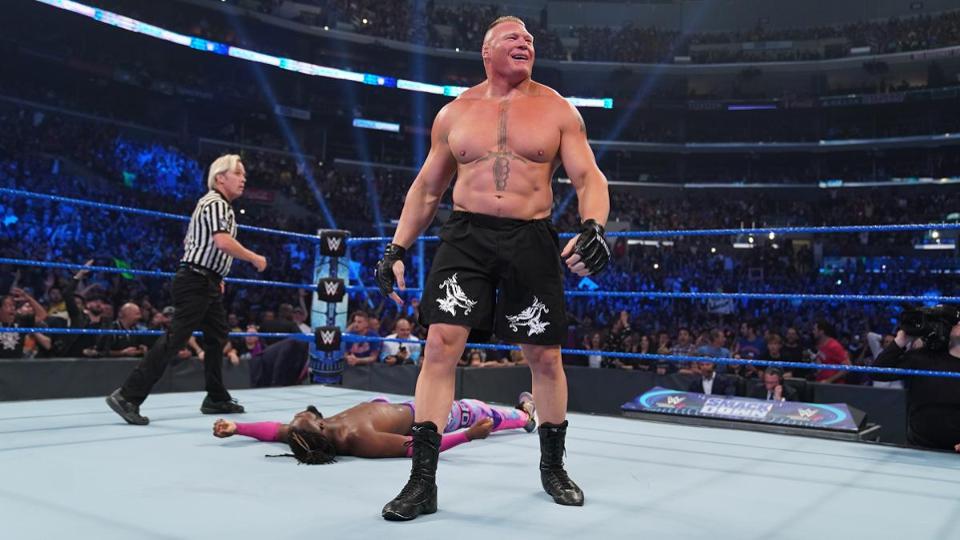 On Friday night in the main event of the Fox debut of Smackdown, Brock Lesnar destroyed Kofi Kingston in a 10-second squash match to win the WWE Heavyweight Championship.

The loss ended a nearly six-month reign as champion for Kingston. His run as champ was prompted by a massive push from the WWE Universe. WWE Creative dragged out Kofi’s chase for the gold before allowing him to win it in April at WrestleMania 35 over Daniel Bryan.

Immediately after his win, Lesnar was confronted by WWE’s newest talent acquisition and former UFC Heavyweight Champion Cain Velasquez. There was a brief skirmish with Lesnar playing the role of frightened heel who was unwilling to engage in a brawl with his former UFC foe.

Related Topics:Kofi Kingston
Up Next

Why British-Ghanaian actress, Michaela Coel Turned Down Netflix’s $1 Million Offer for ‘I May Destroy You’