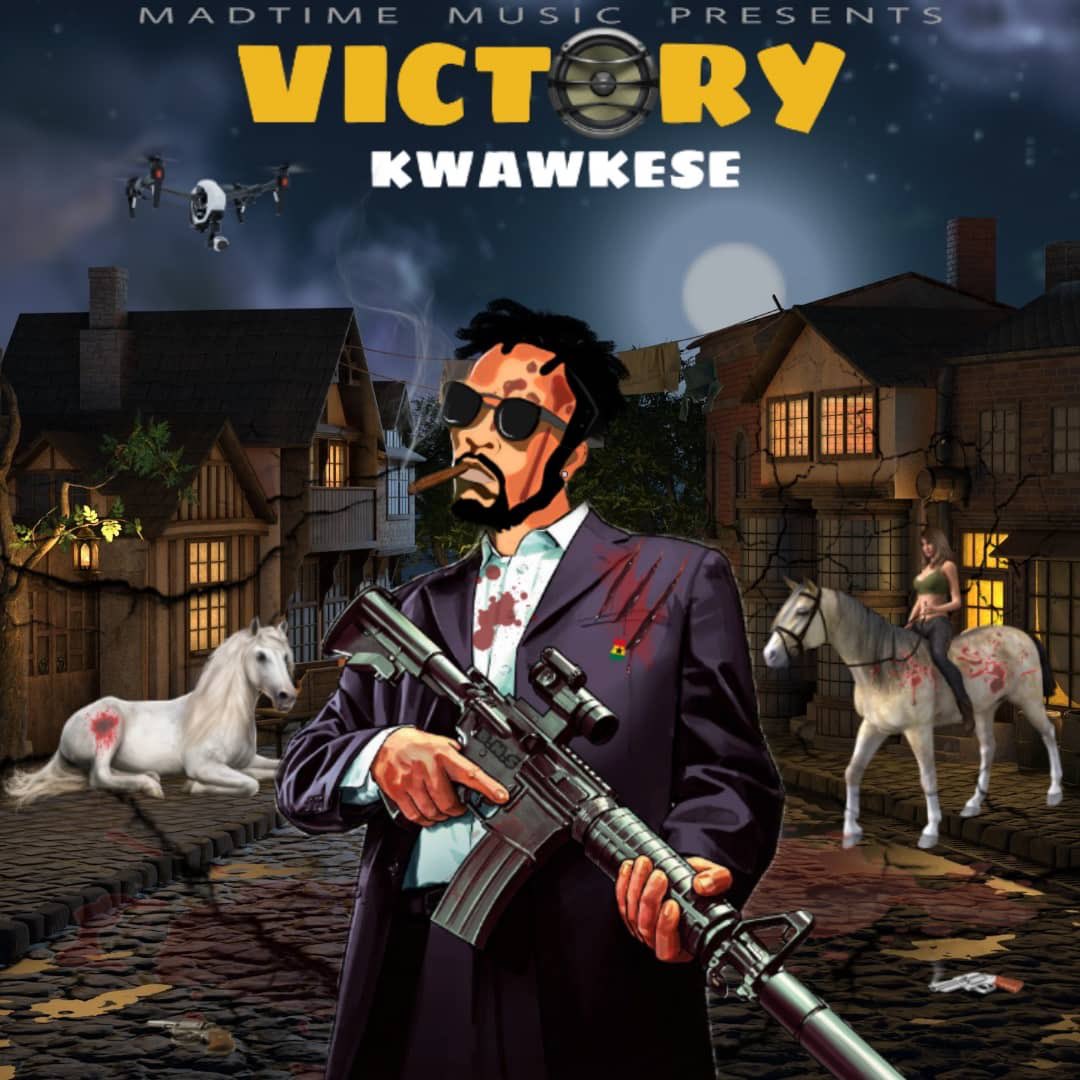 The 10-track record sets off with a song of its namesake, ‘Victory’. Programmed by Ghanaian US-based Ghanaian multi-platinum and #1 Billboard producer, Coptic (for/feat. Notorious BIG, NIKE, P. Diddy, Usher, Snoop Dogg, Trey Songz etc.), ‘Victory’ takes a dive into Kwaw Kese’s journey in showbiz. It highlights some dark moments in his career, such as the wave of depression that hit him after the gruesome murder of his then manager and good friend, Fennec Okyere. Kwaw Kese also pays homage to God for his life, which is one of ample success; ”Onyame nim wo story, before you got the glory”, he raps.

Next up is ‘Good Man’, the first to register a feature on the album. It features celebrated Dancehall and Reggae artists, Stonebwoy and Black Prophet which is a welcome plus. Other tracks on the record include: ‘Mente Mpo’ (feat. Mugeez); ‘Kapa’ and ‘Cash Up’ (feat. Skonti). Kwaw Kese also enlisted a scope of producers in the frame of Zodiac, Skonti, MOG Beatz and platinum US-based producer, Majestic Drama, to better realize his sixth project. Prior to release, Kwaw Kese released a streak of well-received singles such as the Tony Gynz-produced ‘Dondo’ (Remix) which featured Medikal, Skonti, Mr Eazi and Sarkodie, a Skonti-produced song, ‘Love and Affection’ (feat. Black Prophet) and finally, ‘Bottles’ (feat. Kwesi Arthur).

Speaking on why he titled the album ”Victory”, Kwaw Kese explained, ”I believe I’m an overcomer after going through a lot of ups and downs and still managing to keep up afloat”. ”My plan for the album is to reach out to anyone going through hell in life to remember that, with hardwork and determination, they can become victorious in whatever battle they face”, he concluded.

Renowned for his versatility, universal sound, relatable lyrics and highly energetic performances, it’s an understatement to say the ”King of the Streets” hasn’t been a force to reckon with over the years. Kwaw Kese has performed in Australia, Antigua, Germany, Holland, Italy, South Africa, the United Kingdom, as well as the United States of America, to name a few. He has also recorded with a host of top-flight artists such as Wyclef Jean, 2Face Idibia (now 2Baba), Professor J from Tanzania, Sarkodie, Brymo, New York’s Memphis Bleek, Rell and a myriad of other top Ghanaian acts. Add the above to his mouth-watering discography and Kwaw Kese packs a résumé worth dying for.


All in all, ”Victory” is a captivating body of work, filled with feature-packed songs that are built on strong production values. It’s a record befitting of its title and one that helps paint a vivid picture of Kwaw Kese’s journey in showbiz. To all the many fans who earnestly waited for this day, ”Victory” is now available on all digital stores worldwide for download and streaming.

Related Topics:Kwaw Kese
Up Next

Winning family! Dr. Louisa displays her plaques alongside Stonebwoy’s to encourage their kids to do same