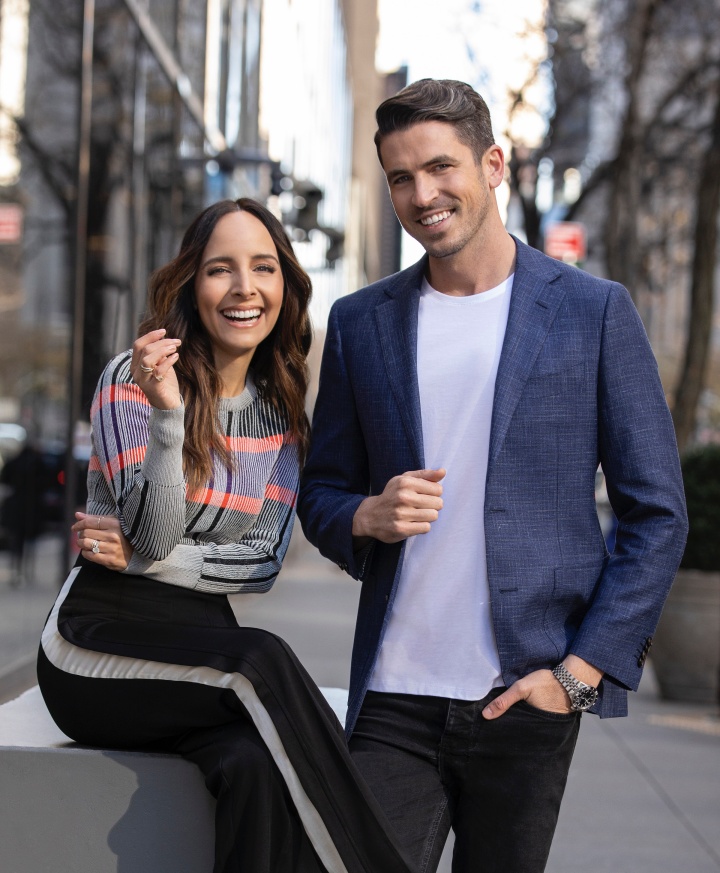 E! announced Emmy-winning TV host and personality Lilliana Vazquez and Australian TV and entertainment reporter Scott Tweedie as new co-hosts of its 30 Rock-based daily morning shows “E! News” at 7am ET/PT  and “Pop of the Morning” at 11am ET/PT, premiering on Monday, January 6, 2020.

Viewers will wake up with “E! News” coast-to-coast as Lilliana and Scott bring them the biggest pop culture, lifestyle and entertainment stories in a fun, lighthearted and engaging way. The conversation continues on “Pop of the Morning” with an unfiltered, more in-depth and irreverent look at the most talked about news stories of the day.

“After spending 19 years in morning television, I know the importance of waking up with hosts you truly connect with and want to share your morning with. We’re excited to introduce you to that team,” said Tammy Filler, Executive Vice President & Editor-In-Chief, E! News.  “With many years of entertainment reporting experience, Lilliana Vazquez and Scott Tweedie are well-respected, seasoned hosts, who have fun, relatable TV personalities with undeniable chemistry. They are the perfect pair to join the news team as we continue to build our presence in New York.”

Lilliana Vazquez is a multi-faceted Emmy Award-winning host, TV personality, style expert and active contributor on “TODAY,” “E! News,” “Wendy Williams,” “The Talk” and “Rachael Ray Show.” Lilliana has appeared on “Access Hollywood” and “Access Daily” as a correspondent, sitting down with the biggest names in entertainment and appearing on Hollywood’s most watched carpets including the Oscars, Golden Globes and Met Gala. She was born in Fort Worth, Texas and is proudly first-generation Latinx.

Hailing from Sydney, Australia, Scott Tweedie is a TV host and reporter whose credits include “Dancing With The Stars Australia,” his own spin-off for the global smash-hit show, “I’m A Celebrity Get Me Out Of Here,” Network 10’s morning show “Studio 10,” and host of the country’s most watched weekly music program “The Loop.” Scott began his career as host of the successful global TV show “Prank Patrol” which aired globally on BBC and ABC. Most recently, Scott worked as the entertainment and fashion reporter for Australia’s highest-rated broadcast events and one of the richest racing events in the world, “The Melbourne Cup Carnival.”