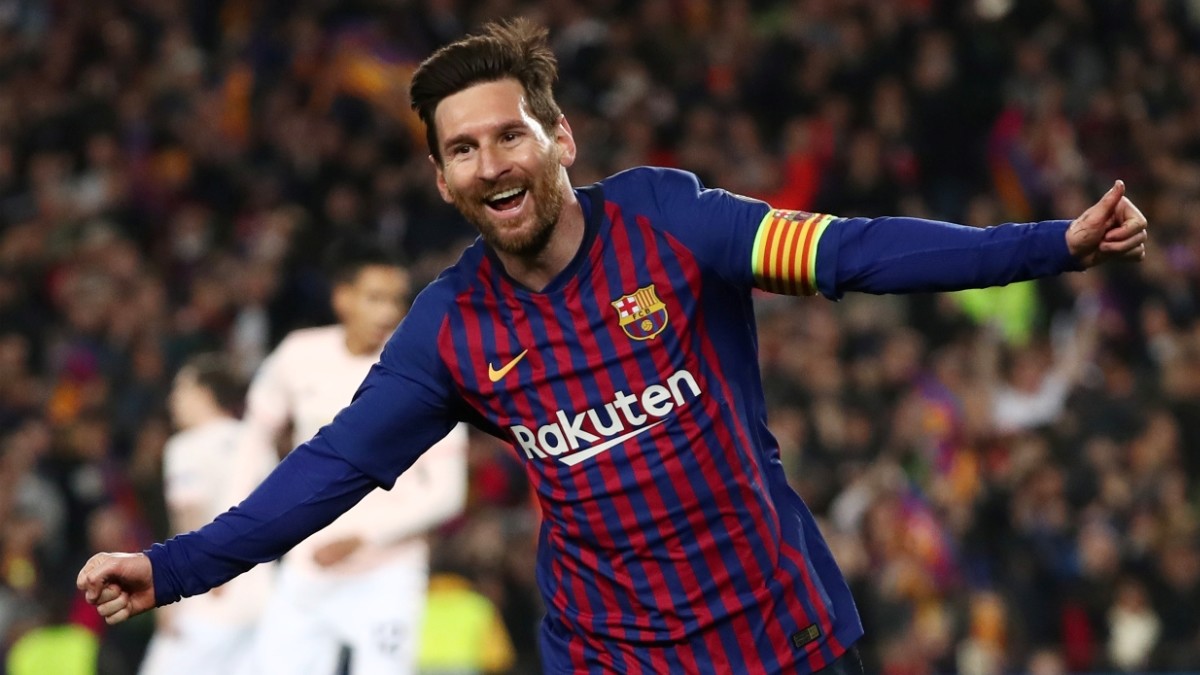 Barcelona superstar Lionel Messi has been named the world’s highest-paid athlete for the first time, earning $US127 million ($182 million) in the past year.

Basketball and football dominated Forbes’s top 100 list of the highest-paying sports, and there was a wide variety of nationalities amongst the top athletes.

Forbes calculates the athletes’ earnings by adding up their prize money, salaries and endorsements between June 2018 and June 2019.

The top 100 list saw Messi followed by Cristiano Ronaldo ($US109 million) and Neymar ($US105 million) — the first time footballers have ranked as the top three earners.

Messi tops the new list of the highest-paid footballers in the world.

Tennis star Serena Williams was the only woman to feature, coming in 63rd. There were no women in last year’s list.

Athletes from 10 sports made the top 100, with NBA stars leading the way.

Thirty-five of their players featured (down from 40 last year), headed by LeBron James at $US89 million.

No Australians made the list, but basketballer Steven Adams from New Zealand came in at 78th.

The only cricketer on the list, India’s Virat Kohli, was in 100th place, earning exactly that.

Overall, the top athletes were from 25 countries — up from 22 last year.

Formula One driver Lewis Hamilton and boxer Anthony Joshua (both at $US55 million) were the highest-earning British athletes.

France and Spain each had three athletes while Brazil, Canada, the Dominican Republic, Germany, Serbia and Venezuela all had two.

Speaking to Forbes, Kurt Badenhausen, senior editor of Forbes Media, said: “The global impact of soccer is clearly reflected in earnings in 2019, with the top three athletes on the list being Messi, Ronaldo, and Neymar.

“But basketball players continue to dominate the top 100 overall, with 35 athletes on the list earning a total of $US1.29 billion, with 72 percent of that income coming from salaries rather than endorsement deals.”

Divorces happen all the time, but the world never gets used to seeing celebrity couples break up. END_OF_DOCUMENT_TOKEN_TO_BE_REPLACED

Chrisean Rock posted a very steamy video of her and Blueface just hours after announcing she was leaving because he cheated on her. END_OF_DOCUMENT_TOKEN_TO_BE_REPLACED