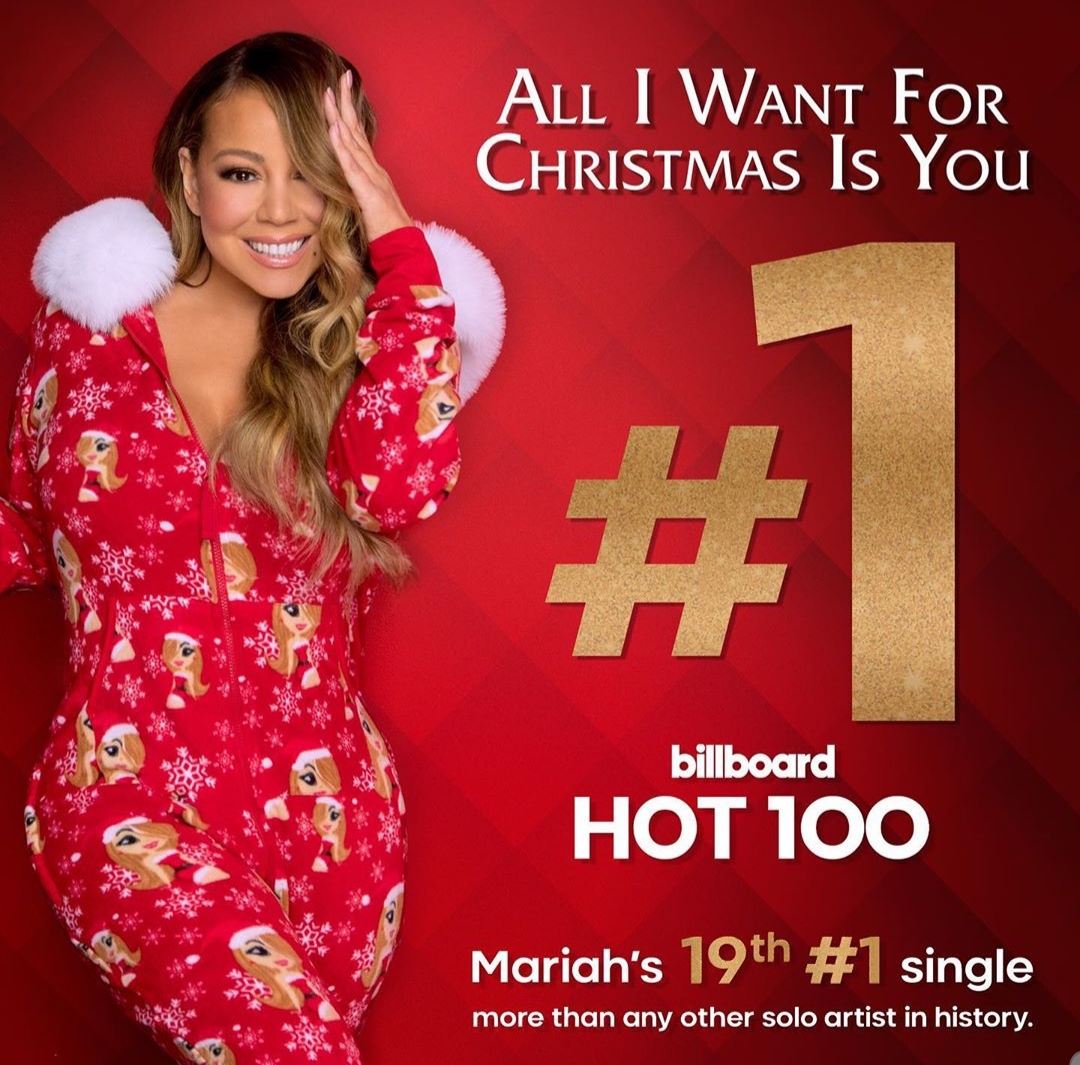 Mariah Carey’s classic festive song ‘All I Want For Christmas is You’ has finally topped the US charts – 25 years after it was first released.

When the hit song made its debut in 1994 it was as an EP and not a single, meaning it wasn’t allowed to compete in Billboard’s Hot 100.

Rule changes saw the song first enter the chart in 2000 and in recent years it has edged closer to the top spot.

“We did it,” Carey tweeted, with a string of emojis to convey happy tears.

All I Want For Christmas Is You is one of the most familiar tunes at this time of year on both sides of the Atlantic, and is currently the UK’s most-streamed song on Spotify.

The song got a popularity boost in 2003 when it featured prominently in the hit film Love Actually.

For its 25th anniversary Carey promoted the festive earworm even harder than usual, analysts said, with a social media drive beginning just after Halloween.

This becomes her 19th #1 on the Billboard Hot 100 and her the solo artist with the record.

Never have I ever dreamt this would become my 19th #1 song. I'm so grateful to everyone who supported this song and especially my amazing fans ❤️ thank you for "making my wish come true" early! 🙏🎄🎁

Related Topics:All I want for Christmas is You'mariah carey
Up Next

Videos have emerged of the moment a Russian ice hockey star who signed a million-dollar contract with an American team was rounded up by Russian policemen and taken to an army enlistment office before he is sent to fight in the war in Ukraine. END_OF_DOCUMENT_TOKEN_TO_BE_REPLACED

A woman who flashed a gun before attempting to make her way into Diddy’s BET after-party was arrested outside the mogul’s house. END_OF_DOCUMENT_TOKEN_TO_BE_REPLACED

Andy Goram has died at the age of 58 after a short battle with cancer. END_OF_DOCUMENT_TOKEN_TO_BE_REPLACED

A woman who went viral 2 years ago for marrying the man who caught the garter after she caught the bouquet at their friends’ wedding, has shared an update on their marriage. END_OF_DOCUMENT_TOKEN_TO_BE_REPLACED

Liverpool star, Mohamed Salah has committed his future by signing the biggest deal in the club’s history. END_OF_DOCUMENT_TOKEN_TO_BE_REPLACED