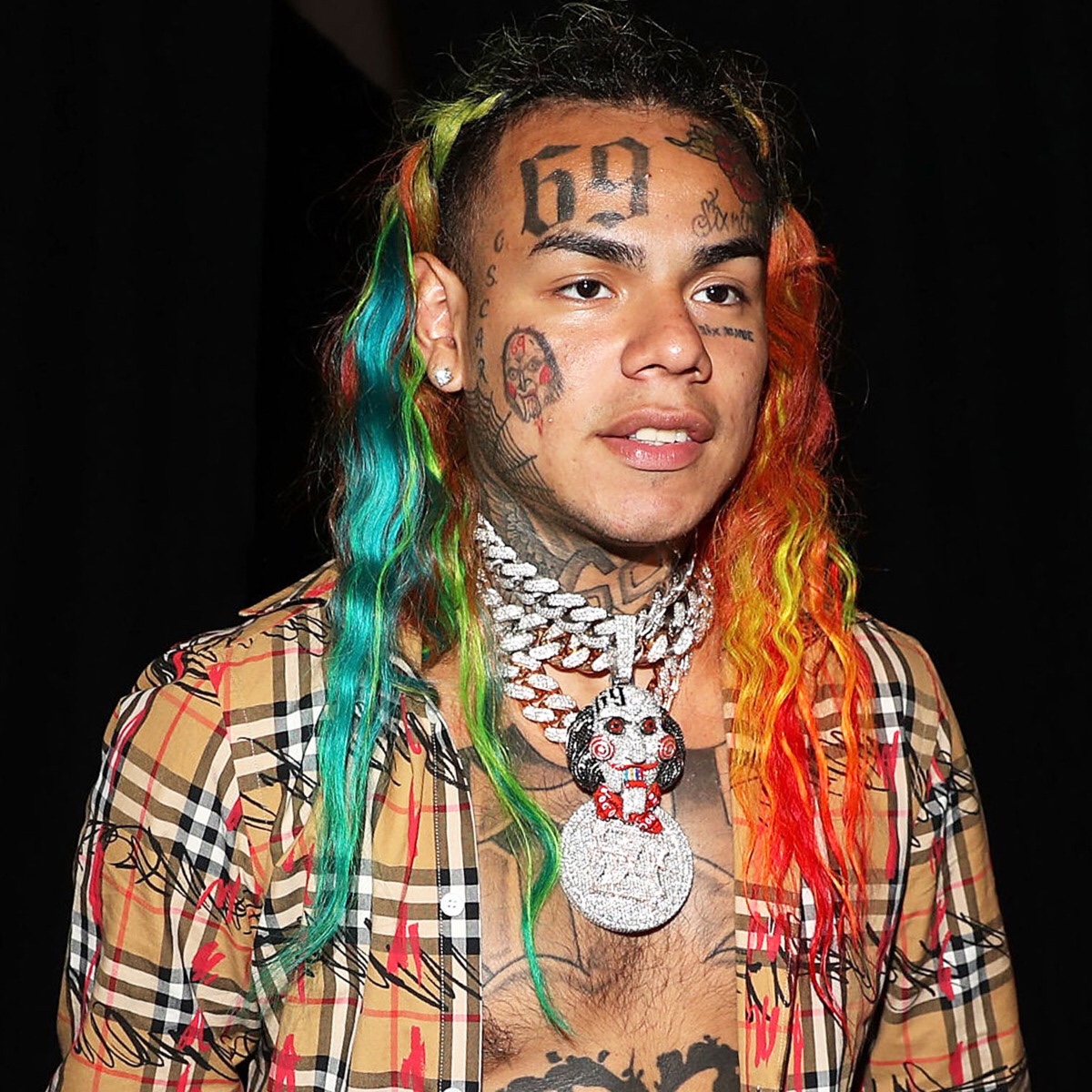 Tekashi 6ix9ine has been handed a 2-year jail sentence over his involvement with a violent street gang ‘ Nine Trey Gangsta Bloods’ which fueled his rise to fame.

The Brooklyn rapper pleaded guilty earlier this year to charges accusing him of being a member of Nine Trey Gangsta Bloods. He also pleaded guilty to racketeering, firearms and drug trafficking charges related to a series of shootings and assaults around New York City.

The rapper who was spared a much harsher possible sentence because of his extraordinary decision to snitch on his gang members, has already served 13 months and will be released in late 2020. He was also sentenced to five years supervised release plus 300 hours of community service.

Announcing the sentence which is far lower than federal guidelines for the crimes, US district Judge Paul Engelmayer said;

“Your cooperation was impressive. It was game changing. It was complete and it was brave.”

Before being sentenced on Wednesday, Tekashi spoke of his remorse and how he failed the young fans who look up to him. He stressed that he’d change his ways when he’s out of prison. He also directly apologized to a woman who told the court that she was shot in the foot in a July 2018 shooting in Brooklyn.

“I’m not a victim. I put myself in this position from day one.  I’m happy that the public was able to witness me dealing with the consequences of my actions because I feel like it sheds a light on what can come from gang affiliation.

“I made a lot of bad choices in life, but that does not make me a bad person.”

Cheryl, 61, and Quran McCain, 24, who became TikTok sensations by sharing details about their relationship with more than 2.3 million followers on just one account (@Kingqurannewpage), have revealed they are willing to spend up to £120,000 on a surrogate to have a baby together. END_OF_DOCUMENT_TOKEN_TO_BE_REPLACED

The BBC has received six complaints against disgraced DJ Tim Westwood over alleged bullying and sexual misconduct, including a historical one that was referred to the police, despite previously insisting it was unaware of any concerns about the DJ’s behaviour. END_OF_DOCUMENT_TOKEN_TO_BE_REPLACED

Amber Heard’s legal teams filed an official motion in court on Friday that the verdict in her blockbuster case against Johnny Depp is thrown out. END_OF_DOCUMENT_TOKEN_TO_BE_REPLACED

US clergyman, Creflo Dollar, has denounced his position on tithing. For many years, Creflo had preached on the importance of Tithing and had informed his congregation that failing to tithe opens the door for devourers to come in and destroy a person’s life. END_OF_DOCUMENT_TOKEN_TO_BE_REPLACED

David Beckham and Victoria Beckham have taken to Instagram to profess their love for each other on their 23rd wedding anniversary. END_OF_DOCUMENT_TOKEN_TO_BE_REPLACED

Chris Brown has said the public is only interested in negative news about him but go silent when he drops an album. END_OF_DOCUMENT_TOKEN_TO_BE_REPLACED