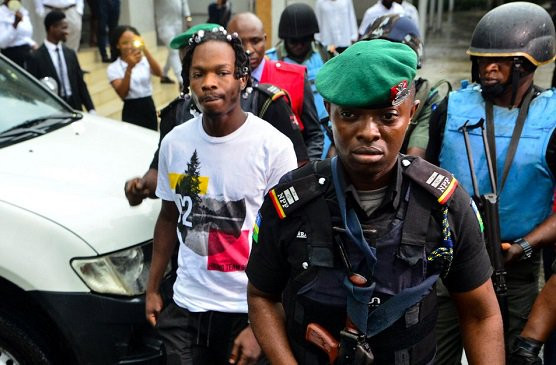 Celebrities all around the world are often caught in webs of controversy. From sex scandals to publicity stunts that are more often than not frowned upon, celebrities never cease to amaze each day. However, some celebrities take their recklessness to a whole new level by committing federal crimes. Here are some of the most common crimes among celebrities.

1. Driving Under the Influence

This is arguably the most common crime among celebrities. Many celebrities have been arrested and charged with driving under the influence of alcohol or drugs. The list is pretty long and includes celebrities such as Nick Nolte, Heather Locklear, Mel Gibson, Lindsay Lohan, Paris Hilton, and Mickey Rourke.

Driving Under Influence penalties varies from a six-month jail term with up to $1000 fines to up to a one-year jail term and even the suspension of your license for an indefinite amount of time.

Many celebrities spend vast amounts of money to buy some of the fastest cars in town. With such high-speed vehicles, they often ignore traffic rules and speed limits. It is no wonder that quite a number of celebrities have previously been on the spot for their reckless driving.

Conviction of reckless driving could cost you up to $1000 fines or up to 90 days in county jail.

In taxation, the higher your income, often the more tax you are required to pay. This is probably why many celebrities evade their taxes. However, tax evasion comes with heavy penalties that could earn you up to 5 years in jail or cause you to lose all your property.

The law prohibiting weapons possession is very strict. Depending on the type of breach, it brings with it various punishments. The crimes involved in weapons possession include possession of banned assault rifles, using guns in prohibited areas such as schools and public transit facilities, carrying loaded firearms in public, committing felonies with firearms, and possessing firearms without permits. For a detailed breakdown of the penalties of such crimes, you should speak to your federal criminal defense attorney.

Some of the widely known murder cases are the ones involving celebrity criminals. For instance, it is hard to forget O.J. Simpson’s murder trial all these years later. Other celebrities who have previously been charged and even convicted of murder include Snoop Dog, Oscar Pistorius, and Lillo Brancato Jr.

Many celebrities are rumored to sell and abuse drugs. Quite a number of them have even been charged and convicted for being in possession of drugs.

Possession of drugs is considered to be such a great crime in most states of America. In some cases, it could qualify as a felony that could land you in jail for up to three years. However, when it qualifies to be a misdemeanor, it could lead to a one-year jail time.

Celebrities have, over the years, hit tabloid headlines for domestic violence. However, as you may know, domestic violence is a very serious crime that could land the perpetrator in jail. Some celebrity perpetrators include Columbus Short, Joe Budden, Johnny Depp, and Chris Brown.

What to Do if Charged with Such Crimes

Have you ever wondered how some celebrities get off the hook? They probably have a seasoned defense attorney to help them fight their cases and prove their innocence. When faced with any of the charges listed here, it will be best for you to contact an attorney as soon as you can. Having a good attorney means you may prove your innocence or get a more lenient penalty for your crime.

Related Topics:Crimes Among Celebrities
Up Next