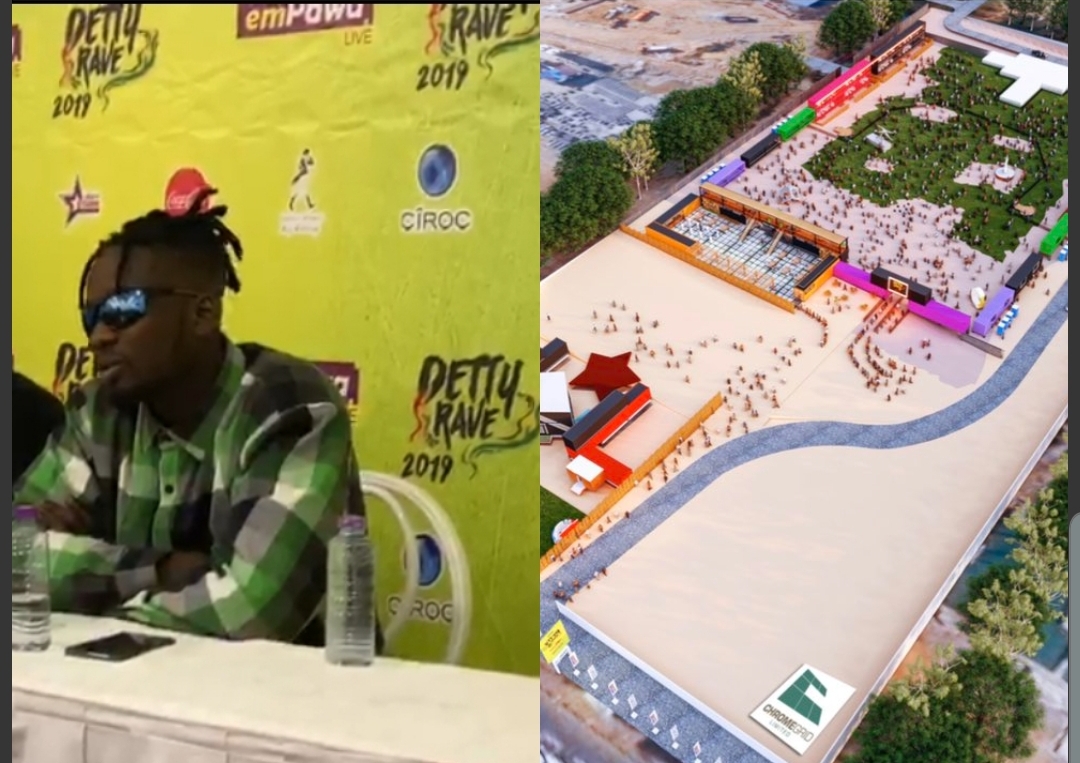 Global Afrobeats-sensation, Mr Eazi has announced his new creative hub in Spintex, Accra as the location for this year’s Detty Rave.

Speaking at the press launch for Detty Rave 3, the ‘Skin Tight’ hitmaker said the new site is made out for old containers and very convenient for all crowd sizes.

The space also has a ‘Pawa Bar’ which will host the after party of Detty Rave 3.

He also disclosed that the Empawa Hub which has a music studio, video studio, a working space for creatives in the entertainment industry etc. will be launched in March

According to Eazi, the idea behind the hub is to create a space that can empower young and established artists to conveniently create their art under world-class conditions.

As well as Rick Ross who was recently announced as a performer at this year’s Detty Rave.

Watch highlights of the press launch below.

Wizkid hints a change of brand after one last album

GuiltyBeatz is ringing in the summer! The Grammy-nominated Ghanaian producer and DJ is back with another dazzling solo effort – an Amapiano-infused dance anthem ‘Universe’ featuring Pop sensation, Mr Hudson and buzzing Ghanaian singer, Twitch 4EVA. END_OF_DOCUMENT_TOKEN_TO_BE_REPLACED

The host of Joy FM’s Strong and Sassy, Animwaa Anim-Addo, has tied the knot in a private ceremony. END_OF_DOCUMENT_TOKEN_TO_BE_REPLACED

Grammy award-winning Nigerian musician, Burna Boy is trending on Twitter over his choice of outfit at a recent concert. END_OF_DOCUMENT_TOKEN_TO_BE_REPLACED