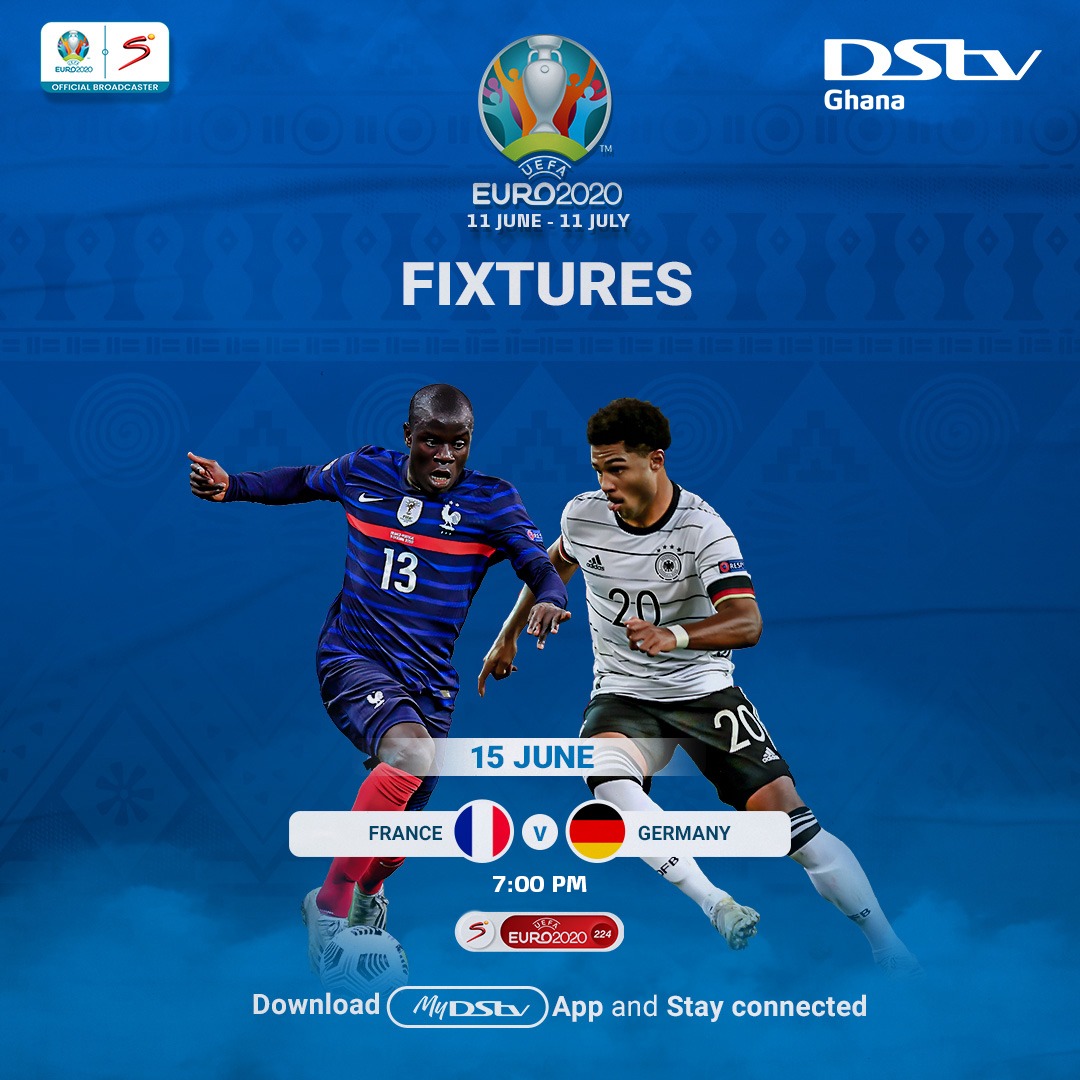 SuperSport viewers on DStv and GOtv are set to be treated to a thrilling UEFA Euro 2020 Group F match when France faces Germany at the Allianz Arena in Munich on the evening of Tuesday 15 June 2021.

France are one of the outright favourites for UEFA Euro 2020, with their status as 2018 World Cup champions and a squad stacked with superb talent underlining ‘Les Bleus’ as a major threat to win the European Championship for the first time since 2000 (when they also came into the tournament as reigning world champs).

France were runners-up to Portugal at the 2016 Euros on home soil and will be looking forward to some revenge when those teams meet in Budapest on Matchday 3, but first up is the challenge offered by Germany.

“Nobody can take away what we have done. It will always be there, but we need to tell ourselves that we can’t just stop here, we need to go and try to win more titles,” said France coach Didier Deschamps.

“You don’t just win by clicking your fingers. The other nations are progressing, working hard, not sitting still. We need to have that ambition. When a tournament starts we want to go as far as possible.”

Germany boast the all-time most UEFA Euro titles (three, level with Spain) but they have not lifted the trophy since 1996. Der Mannschaft reached the semifinals of Euro 2016, but were outclassed 2-0 by France in Marseille, with Antoine Griezmann scoring both goals.

The tournament will signal the end of an era for Germany, with coach Joachim Low – who has been in charge since 2006 – stepping away once Euro 2020 is wrapped up. Giving him a big send off will be a major motivating factor for the players, especially the veterans such as Mats Hummels, Toni Kroos and Thomas Muller.

“It will be a great, euphoric time and there will be some really passionate moments for our country. The group won’t just be a stroll in the park, however,” said Muller, who has over a century of caps under his belt.

“When I see the quality in this team, I feel a desire to wake German football from its slumber. I am happy that I have the chance to do that. It’s why we’re here.”

In head-to-head terms, France and Germany have met in 31 previous matches dating back as far as 1931. Les Bleus have claimed 14 wins compared to 10 for Germany, while seven games have been drawn. The teams’ last meeting was a UEFA Nations League match in October 2018 which France won 2-1 in Paris, thanks to another brace from Griezmann.

No rival can compete with SuperSport’s coverage. Our viewers on DStv and GOtv can see all their favourite European stars vying for UEFA Euro 2020 glory in June and July 2021.

Don’t miss the 2020-21 football season on SuperSport on DStv and GOtv. Visit www.dstv.com and www.gotvafrica.com to subscribe or upgrade, and join in on the excitement. And while you’re on the move, you can stream matches on the DStv App.