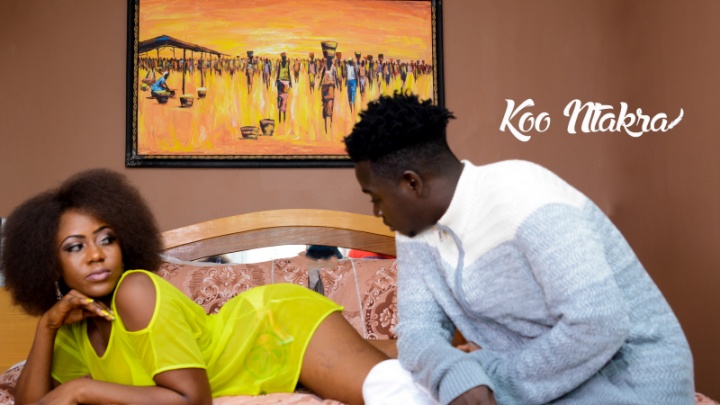 The former hitmaker champ tells the love and disappointing heartbreak story in this Enibaid conceptualized video of which he finds his soft side, delivering melodious chorus.

The MOG produced afrobeat song, is a remake of the original which featured on his ‘KOK’ album, this time mixed by Qhola Beatz, and featured producer/singer Gachios.

Koo Ntakra is finally getting out of the shells, and with this kind of groovy sounds, he is certainly set for the top.

Ari Lennox sophomore season kicks into overdrive today with the official release of her new single, “Hoodie,” and its electrifying music video. Even more, fans’ long-awaited hopes are finally realized: The Grammy Award-nominated and multi-platinum singer-songwriter proudly announces her sophomore album, age/sex/location, will be released on Sept. 9 via Dreamville/Interscope Records. Pre-order the album HERE. END_OF_DOCUMENT_TOKEN_TO_BE_REPLACED

18-year-old North Carolina-based rapper Tino Szn has just shared his new video for “Drowning Out”, a fun and upbeat track off his most recent project Sentient. LISTEN END_OF_DOCUMENT_TOKEN_TO_BE_REPLACED

END_OF_DOCUMENT_TOKEN_TO_BE_REPLACED

King Hubert, has come back stronger with a tribute to authenticity and prolific raps delivery with new anthem titled Nyumviriza. END_OF_DOCUMENT_TOKEN_TO_BE_REPLACED