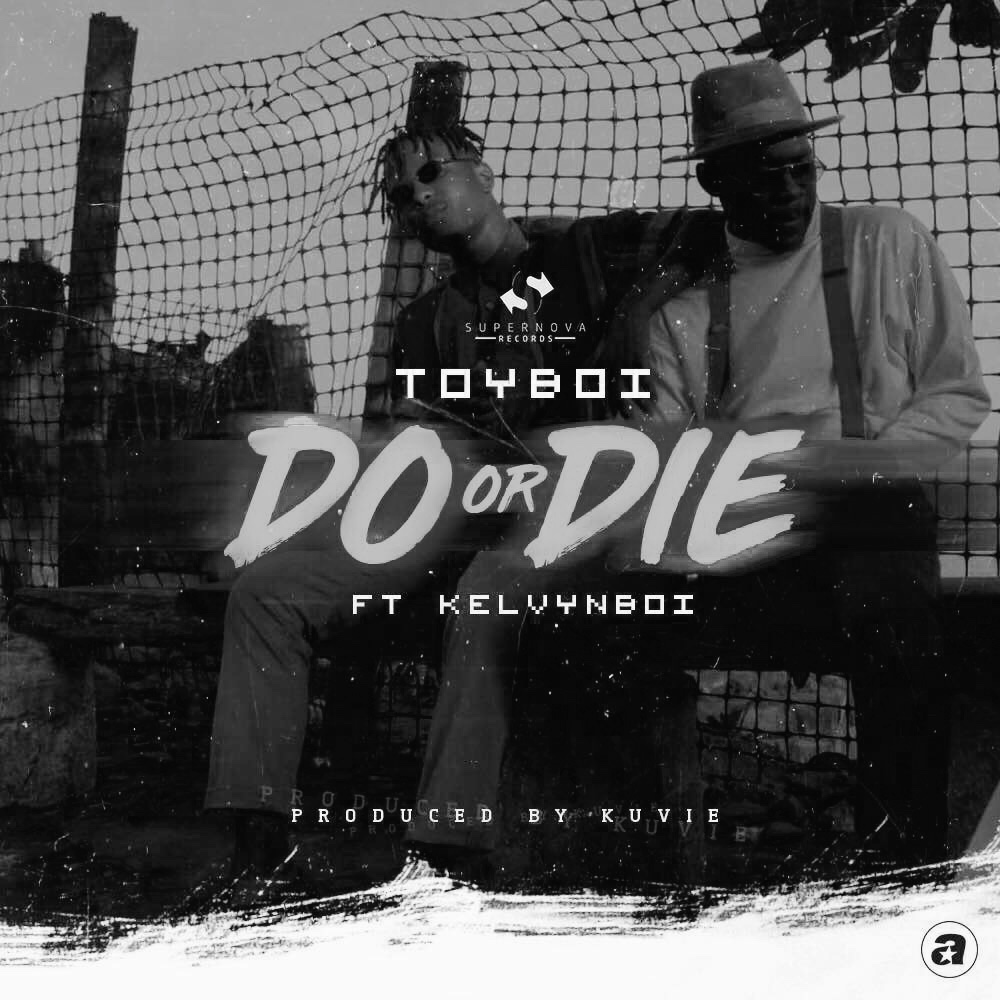 Supernova Records is thrilled to announce the release of another banger titled Do or Die by Toyboi ft Kelvynboy to hit your TV and radio . Do or Die is available on Youtube and all online music streaming platforms from Friday March 16. Do or Die is a hiplife song inspired by an all-time highlife hit song by the legendary Daasebre Gyamenah who passed on a few years ago. The music video, Directed by the renowned Prince Dovlo and Prince Nii-Ashie was shot in a historical location called James Town, Accra. The concept of the music video got the 80’s vibe, classic styling and props provided by Afrodistrict. Scenes and cut-aways in the video have nostalgic look and feel that will take you back into 80’s.   A comment from a renowned film director after preview was “it’s a laudable approach and has an organic nostalgic flow to it. The song is good as well”.   https://youtu.be/lF2jtkEZN-o Brian Martey goes by the stage name Toyboi , He’s a rapper/songwriter originally from Teshie but resides in Osu. He’s been actively doing music for four years. He stands out with his kind of rap because he blends English, Twi, Ga and Pidgin.   Genres are Hiphop/Afropop. Toyboi got signed to Supernova Records in 2017 and has four songs out under the Record Label.   “LOVE ME” produced by zodiac , “ADOLEY” produced by possigee, “SOMTIN” produced by Killbeatz and “DON’T BOTHER” which features Modulo TheGaBoy produced by streetbeatz.   He burst onto the music scene after videos of him free-styling went viral with his “Bar4Bar Wednesday” series on social media which caught attention and got him endorsements from some industry players including the likes of Stormzy, Efya , Sarkodie, Reggie Rockstone , Jayso, Tinny, Omar Sterling and Mugeez of R2bees and many others    ]]>

#SlapCounsellorLutterodt: Chase offers $200 for anyone who slaps Counsellor Lutterodt

Ari Lennox sophomore season kicks into overdrive today with the official release of her new single, “Hoodie,” and its electrifying music video. Even more, fans’ long-awaited hopes are finally realized: The Grammy Award-nominated and multi-platinum singer-songwriter proudly announces her sophomore album, age/sex/location, will be released on Sept. 9 via Dreamville/Interscope Records. Pre-order the album HERE. END_OF_DOCUMENT_TOKEN_TO_BE_REPLACED

18-year-old North Carolina-based rapper Tino Szn has just shared his new video for “Drowning Out”, a fun and upbeat track off his most recent project Sentient. LISTEN END_OF_DOCUMENT_TOKEN_TO_BE_REPLACED

END_OF_DOCUMENT_TOKEN_TO_BE_REPLACED

King Hubert, has come back stronger with a tribute to authenticity and prolific raps delivery with new anthem titled Nyumviriza. END_OF_DOCUMENT_TOKEN_TO_BE_REPLACED