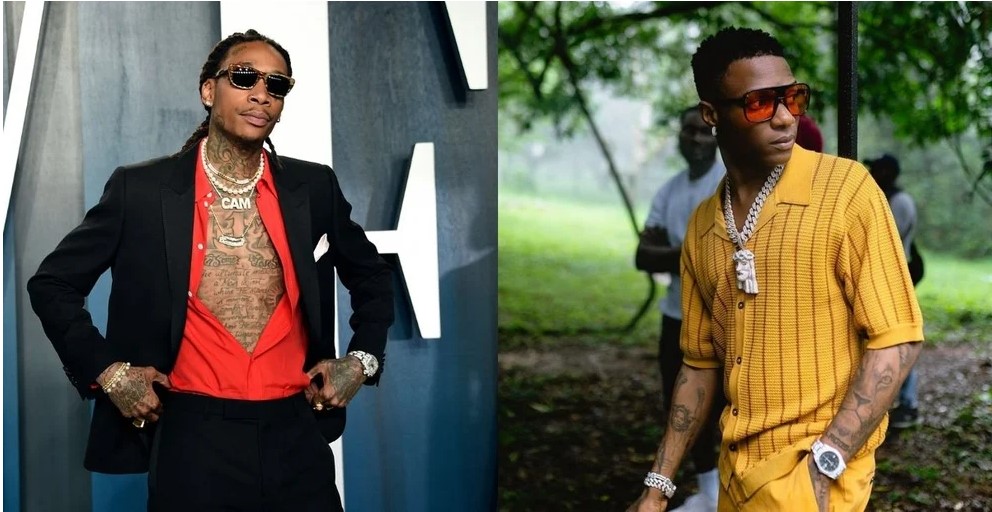 Music Wizzes, Wizkid & Wiz Khalifa are on for a monster collaboration as Wiz Khalifa’s new album ‘Multiverse’ is set to be released on July 29th.

The American rapper revealed earlier this year that a song with Afrobeats Superstar singer, Wizkid would be dropping soon when he posted on his Instagram page with the caption :
“Wiz X Wiz” Wiz Khalifa and @Wizkidayo on the way tell EVERYBODY!!!!#multiverse.

The “Young, Wild & Free” and “See you again” crooner, Wiz Khalifa is one of the many American stars leveraging the Afrobeats wave as he chose to collaborate with one of Africa’s finest music superstar, Wizkid.
It’s been a stellar year for The Grammy award-winning Superstar, Wizkid.

Similarly, Starboy’s featured track on American superstar singer; Chris Brown’s Breezy album- “Call Me Everyday” recently debuted on the US Billboard Top 100 Charts, and the song is making waves in streams, listening and airplay all over the world.
Surely, this is another BIG WIN for BIG WIZ; Another potential award-winning/ Billboard charting single is up in the works for the multi-talented singer as he delivers a fantastic verse in Wiz Khalifa’s “Multiverse”.

Medikal meets and hangs with Jaden Smith in New York

The woman who led the “Me nsa aka ooo” TV commercial 13 years ago to promote MTN’s Mobile Money (MoMo) has been gifted a 2-bedroom house. END_OF_DOCUMENT_TOKEN_TO_BE_REPLACED

It’s difficult to predict where Stonebwoy will be in the coming days, weeks, months, or years. As a musician with a keen interest in pushing his sound to the world and etching his name in the minds of new fans, 2022 has been described as his busiest music year thus far since gaining mainstream recognition in 2012 with Pull Up—seven years after he made his official debut—the musician confirmed this via social media after his last summer show. END_OF_DOCUMENT_TOKEN_TO_BE_REPLACED

Ghanaian actress, Nana Ama McBrown has revealed that there’s absolutely no bad blood between her and her ex boyfriend, rapper, Okyeame Kwame. END_OF_DOCUMENT_TOKEN_TO_BE_REPLACED

Veteran Ghanaian actor, Kofi Adjorlolo has denied claims that he was set to marry the mother of popular Dancehall act, Shatta Wale. END_OF_DOCUMENT_TOKEN_TO_BE_REPLACED