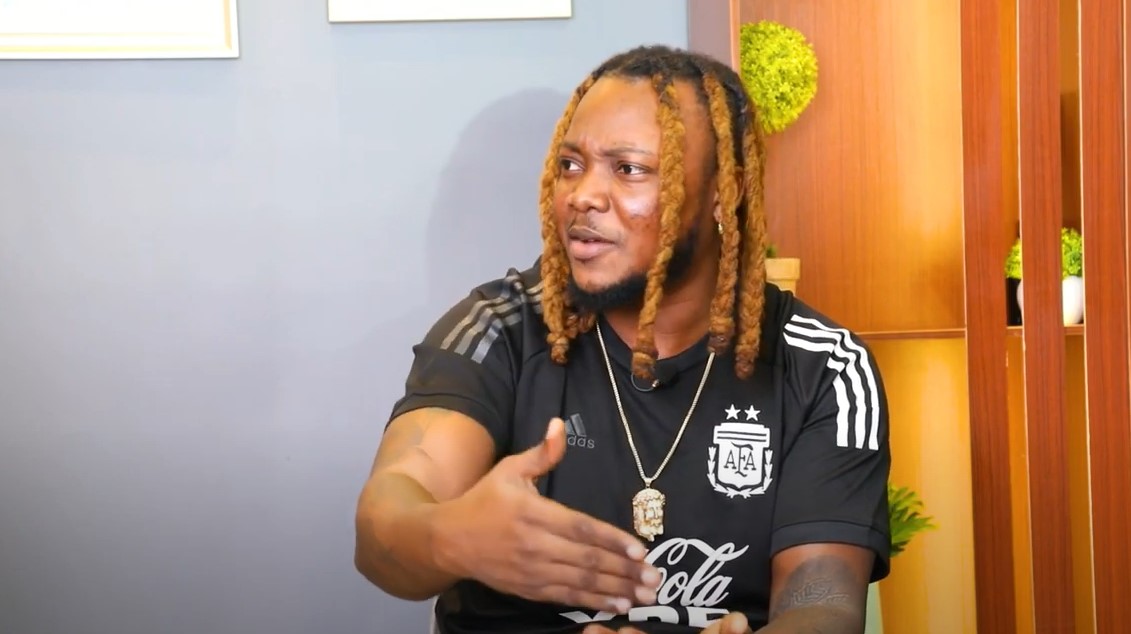 On the latest episode of Ameyaw TV’s ‘One-On-One’ Ghanaian musician Theo Vesachi talks new music, his encounter with the military and more.

In a popular viral video, The fast-rising singer was forced to strip in public by two Ghanaian military men for wearing camouflage trousers, but despite the humiliation, Theo intends to use the situation to promote his music.

In response to allegations that his encounter with the soldiers was staged, Theo insists that he ‘never paid anyone’ and is simply taking advantage of the situation.

”Whether good or bad i have to take advantage of the situation” he said.

I am not desperate for marriage and children – Sister Derby

The voting portal for the 2022 edition of the All Africa Music Awards (AFRIMA) opened to the public on Sunday, 25 September at 21:00 (CAT), to decide the winners of each of the 39 award categories, globally. END_OF_DOCUMENT_TOKEN_TO_BE_REPLACED

Ghanaian actress, Yvonne Nelson has issued an apology on behalf of Ghanaians to Stephen Appiah and his Black Stars colleagues. END_OF_DOCUMENT_TOKEN_TO_BE_REPLACED

Professor Elsie A. B. Effah Kaufmann, host of the popular National Science and Maths Quiz has shared a bit of her private life. END_OF_DOCUMENT_TOKEN_TO_BE_REPLACED

As the only Ghanaian female artist to perform on the Global Citizen Festival stage at the Black Star Square last night, Gyakie did an incredible job representing the country and doing her part in being a contributing voice for global change. END_OF_DOCUMENT_TOKEN_TO_BE_REPLACED

Although Ghanaians appreciate Professor Elsie A. B. Effah Kaufmann as the Quiz Mistress of the popular National Science and Maths Quiz, there are other things that they love about her. END_OF_DOCUMENT_TOKEN_TO_BE_REPLACED