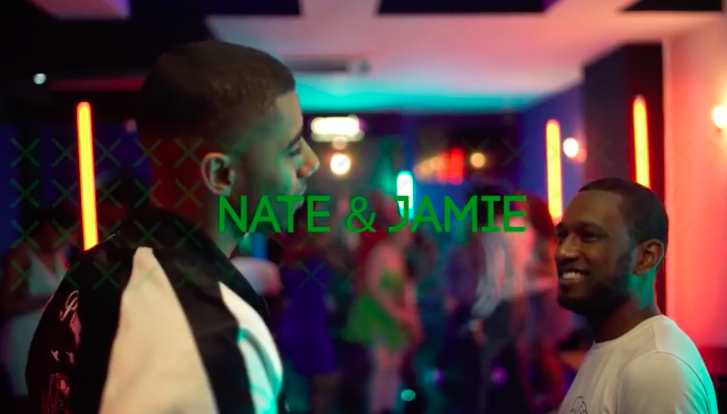 Episode 1 of the second season of the award-winning web series Nate & Jamie is out now!

Nate & Jamie is a comedy web series starring Joshua Samuels and Samuel Williams.
Season 2 of Nate & Jamie picks up from the season 1 finale and episode 4 of the spin off web series Imperfect, where Michelle (Jamie’s Ex) makes it clear that she is done with him and Sam (the girl Nate pursued in Season 1) and her boyfriend scare off Nate and make sure he doesn’t bother Sam again.

Throughout the season it follows Jamie moving on from his breakup and realising that he is still in love with his old girlfriend Vanessa (Jamila Wingett). Nate needs a new place to live after his Mum kicked him out and begins to date two girls at the same time. Will Jamie get his old girlfriend back? And will the two girls Nate is dating find out about each other?
Cast
Joshua Samuels, Samuel Williams, Ani Nelson, Araba Jane, Jamila Wingett, Jamal Renaldo, Soolaya Rose, Ajiana Sanha, Rob Dye

Related Topics:Nate & Jamie Season
Up Next

Actor-turned-musician, Frank Naro’s latest single, “I Like It” sees him experimenting with the trending ‘Amapiano’ music phenomenon. END_OF_DOCUMENT_TOKEN_TO_BE_REPLACED

Mista Myles is in with his first release of the year today, ‘Toxic Love’ – a song about what would easily pass as an intense night in the Sin City, Vegas. Stream or download ‘Toxic Love’ across all major digital platforms here: https://ffm.to/6vr4ra9 END_OF_DOCUMENT_TOKEN_TO_BE_REPLACED