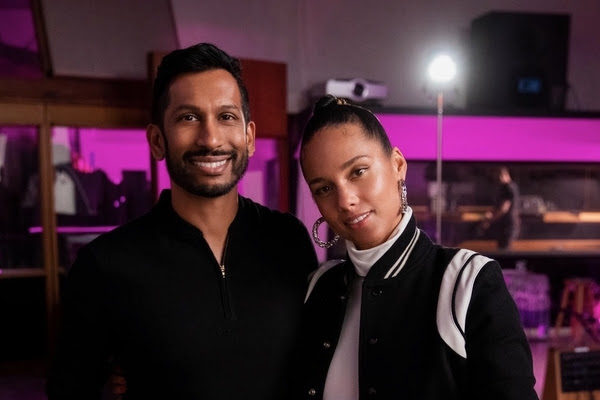 Song Exploder, the new Netflix series based on the acclaimed podcast of the same name by host and executive producer Hrishikesh Hirway and Oscar-winning filmmaker Morgan Neville, debuts October 2.

Each episode of Song Exploder features some of the world’s greatest musicians as they reveal how they brought one of their songs to life. The series weaves together in-depth interviews, archival footage and raw recordings as each artist breaks down their song, layer by layer, sharing intimate insight into the personal inspiration behind the music and lyrics.

Featured artists include 15-time Grammy Award-winning artist, songwriter, and producer Alicia Keys, who breaks down “3 Hour Drive” from her 2020 album, ALICIA; Pulitzer Prize, Grammy, Emmy, and Tony Award-winning composer, lyricist and actor Lin-Manuel Miranda, who delves into the creation of “Wait for It” from the musical phenomenon Hamilton; Rock & Roll Hall of Famers R.E.M. who open up about the influences behind the life-changing track “Losing My Religion”; and Grammy-nominated singer, songwriter, and producer Ty Dolla $ign who discusses the inspiration behind “LA,” the deeply personal opening track from his gold-certified major label debut album, FREE TC.

Hrishikesh Hirway launched the Song Exploder podcast in 2014, serving as host and producer. Since then, the podcast has been streamed and downloaded over 60 million times, and featured guests including Fleetwood Mac, Lorde, Solange, U2, Metallica, The Roots, and more.
Hirway says of the new Netflix series, “As a teenager, I used to sit in my room and listen to music while poring over the lyrics and liner notes and artwork until I could almost feel myself living in the world of the artist. It was the most incredible feeling, and with Song Exploder, I wanted to take that feeling and go even further. It’s been so exciting to turn it into a television show, because it’s provided a chance to immerse yourself in the music—and the ideas behind the music—in a deeper way than I ever imagined.”
Morgan Neville, whose film 20 Feet From Stardom won the Academy Award for Best Documentary Feature and a Grammy Award for Best Music Film, joins Hirway as an executive producer and director of one of the episodes. His work has garnered him five additional Grammy nominations, and his 2018 film about Mister Rogers, Won’t You Be My Neighbor? is the top-grossing biographical documentary ever produced. He said, “I’ve always been a huge fan of creative process—how amazing artists do what they do. Song Exploder is a deep dive into that creative magic. I’ve come away from each of these stories inspired.”
Hirway is also a musician, with his band The One AM Radio, and MOORS, a collaboration with rapper/actor Lakeith Stanfield. As a composer, his credits include the Netflix original series Everything Sucks, the theme for ESPN’s 30 for 30 podcast, and now the theme for the Song Exploder series on Netflix.
About Netflix’s Song Exploder:
Song Exploder is produced by Tremolo Productions. Hrishikesh Hirway, Morgan Neville and Caitrin Rogers serve as Executive Producers and Dominic Musacchio serves as Co-Executive Producer. The series is based on the podcast by Hrishikesh Hirway. Episodes directed by Morgan Neville and Nicola B. Marsh.
Related Topics:netflixSong Exploder
Up Next