Celebrated Ghanaian music Kwame Nsiah-Apau popularly known as Okyeame Kwame and his wife Annica Nsiah-Apau, have launched their first book titled ‘Love Locked Down’.
The book which chronicles their love journey and proffers solutions to some marital and relationship issues was launched on Saturday, May 15, 2021, at the Ecobank Headquarters in Accra.

The launch had reading sessions from dignitaries such as Professor Kojo Yankah, the founder of the African University College of Communications; Nana Nyarkoa Yankah, a queen mother at Agona Abodom; Matilda Amissah-Arthur, the wife of Former Vice-President Paa Kwesi Amissah Arthur; and playwright Uncle Ebo Whyte. 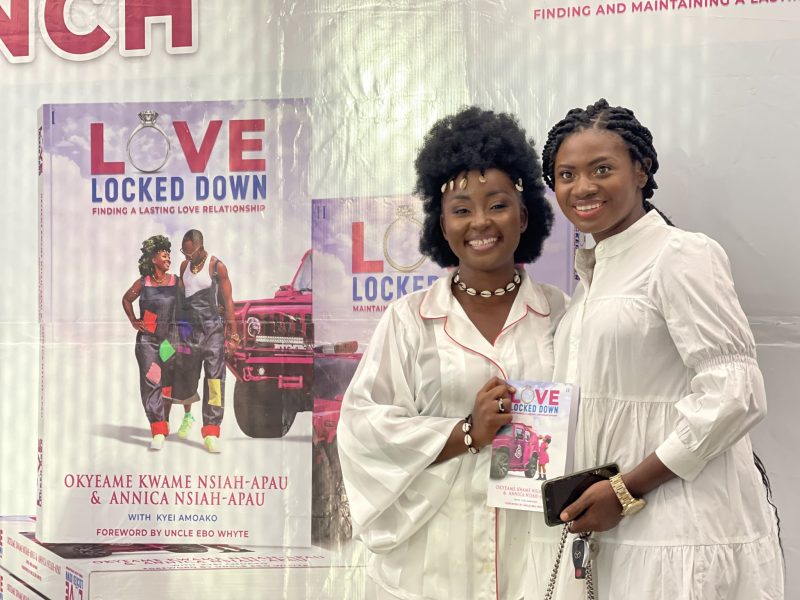 Speaking at the programme, Okyeame Kwame and his wife Annica said their inspiration for writing the book was premised on the numerous calls they got from people who sent them messages to ask for relationship advice.

“About four years ago, we decided that why don’t we put all these ideas in a book because, like any other species of animals we fight over the right to mate, we fight over what to eat, we fight over where to live, we fight over everything. But then we realised that the ability to become a human being is to be able to rise above these natural fights so that you’ll be able to solve your all conflicts amicably,” they said.

They added that it took them four years to put together the book with the help of Kyei Amoako and Eric Gyekye Amankwah in the United States of America, who organised their thoughts in the book writing process.

According to Okyeame Kwame a percentage of the proceeds from the sales of the book will be used to resource some clinical psychologists who have availed themselves on www.lovelockdown.com to offer professional help to people who have relationship problems. 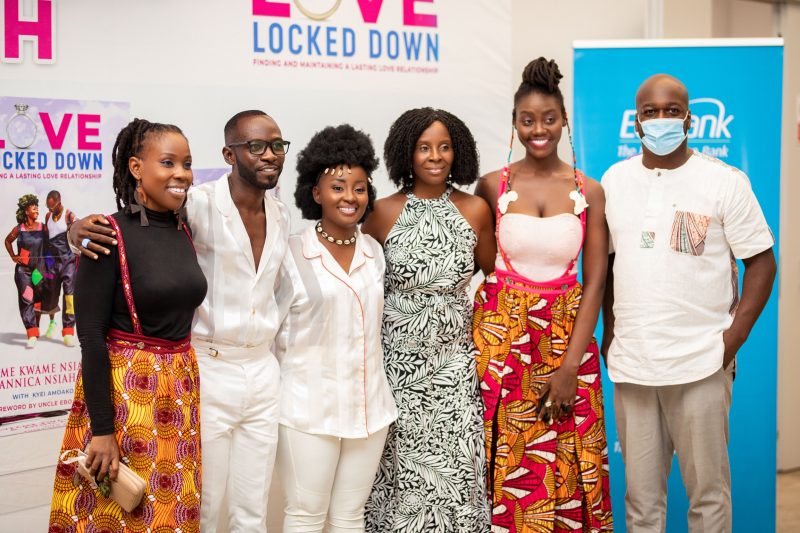 The programme which came in two parts had performances from saxophonist Steve Bedi and Okyeame Kwame, and fast-rising crooner SugarLord.

Others were gospel musician Diana Hopeson, social media sensation Moesha Boduong, among others.

Global streaming giant Spotify is proud to announce that Sio has been selected to join the EQUAL Africa programme aimed at spotlighting female artists across the continent. END_OF_DOCUMENT_TOKEN_TO_BE_REPLACED

UK-BASED Ghanaian Gospel musician, Joe Bamfro has been nominated in the Gospel Song of The Year category in the upcoming Ghana Music Awards UK(GMA UK) scheduled for October in the United Kingdom.
His song Moko Be did the trick for him and Joe Bamfro is besides himself with excitement being the first time he has ever been nominated in an awards scheme. END_OF_DOCUMENT_TOKEN_TO_BE_REPLACED

Organizers of the prestigious Ghana National Gospel Music Awards have announced a date for the most anticipated event. END_OF_DOCUMENT_TOKEN_TO_BE_REPLACED