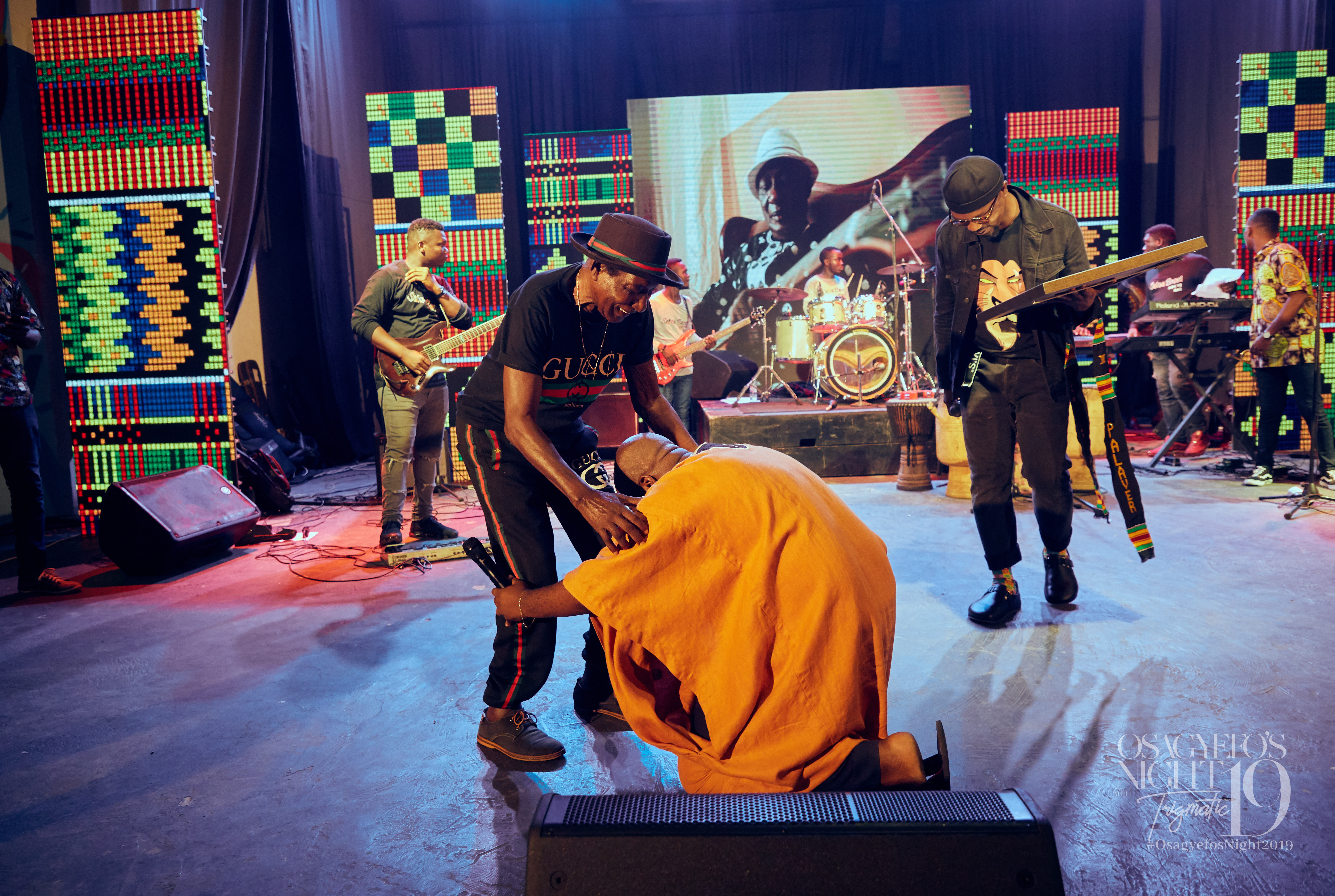 Trigmatic’s concerts are most memorably for the celebratory sets dedicated to Africa’s music greats! From Aka Blay to Hugh Masekela & JA Adofo & just this weekend, the Great Ebo Taylor!

During the annual well-attended Osagyefo’s Night Concert, Trigmatic took 10 minutes to celebrate Ebo Taylor, calling him on stage and together with KOD & A.I presented him with a kente woven sash & plaque in honor of his contributions to music. Trigmatic, AI, KOD & Ebo Taylor’s son Henry Taylor then hit the stage to perform a single of his new album PALAVER.

Osagyefo’s Night is an annual concert that seeks to celebrate Nkrumah’s contributions to music and the creative arts in Ghana. The concert sponsored by Fan Yogo & Gihoc Distilleries,is in its second year and is held on the 21st of September each year. It was attended by many music enthusiasts, Trigmatic’s fans and Nkrumah-ists who gathered to celebrate Ghana’s first president on his birthday. Osagyefo’s Night, is an initiative from Trigmatic which sees him headline the concert with other artists gracing the stage as well. This year’s edition starred Epixode, Ancient, A.I, AJ Nelson & The Africa Band, KOD, Dela Botri, and the afro-rock band ‘Ozzie & The Others’.

Trigmatic performed a number of his old classics and included new songs off his upcoming album ‘The Eighth Element’ which comes out on the 8th of October 2019. 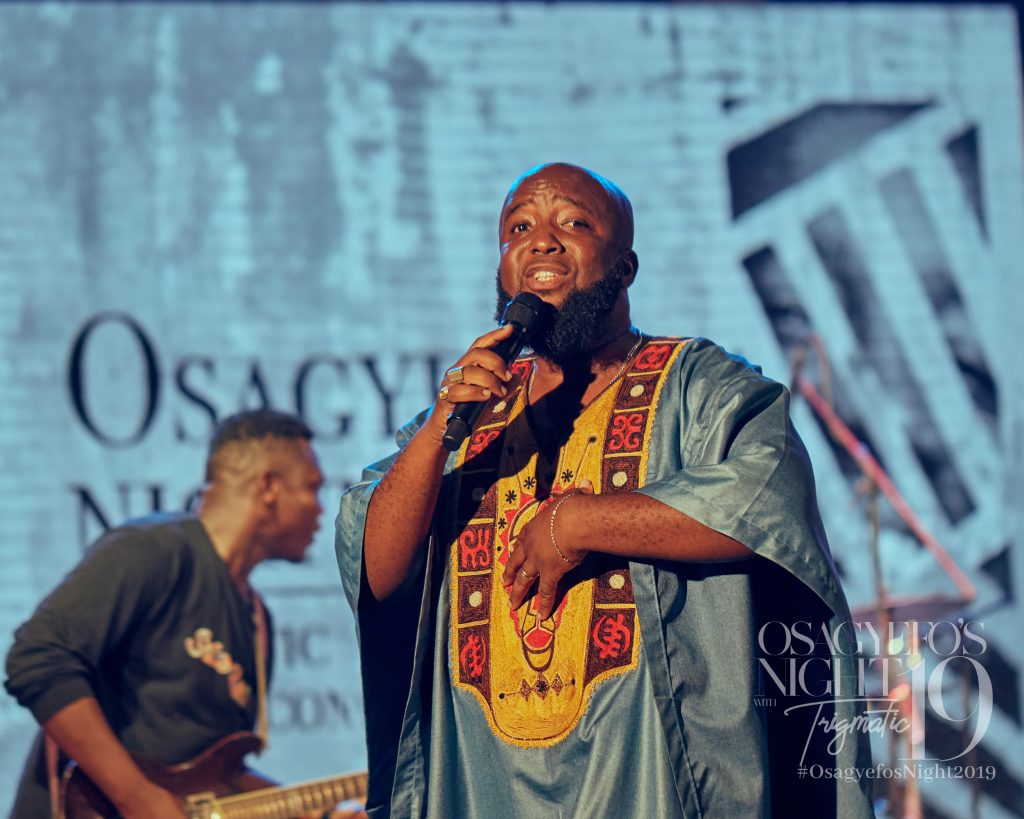 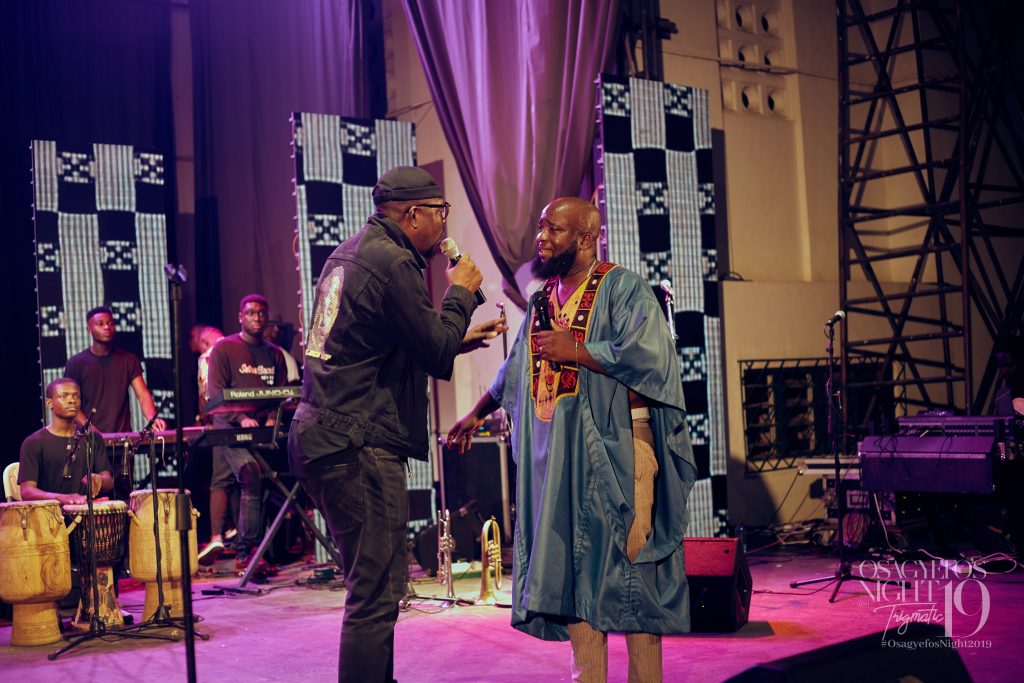 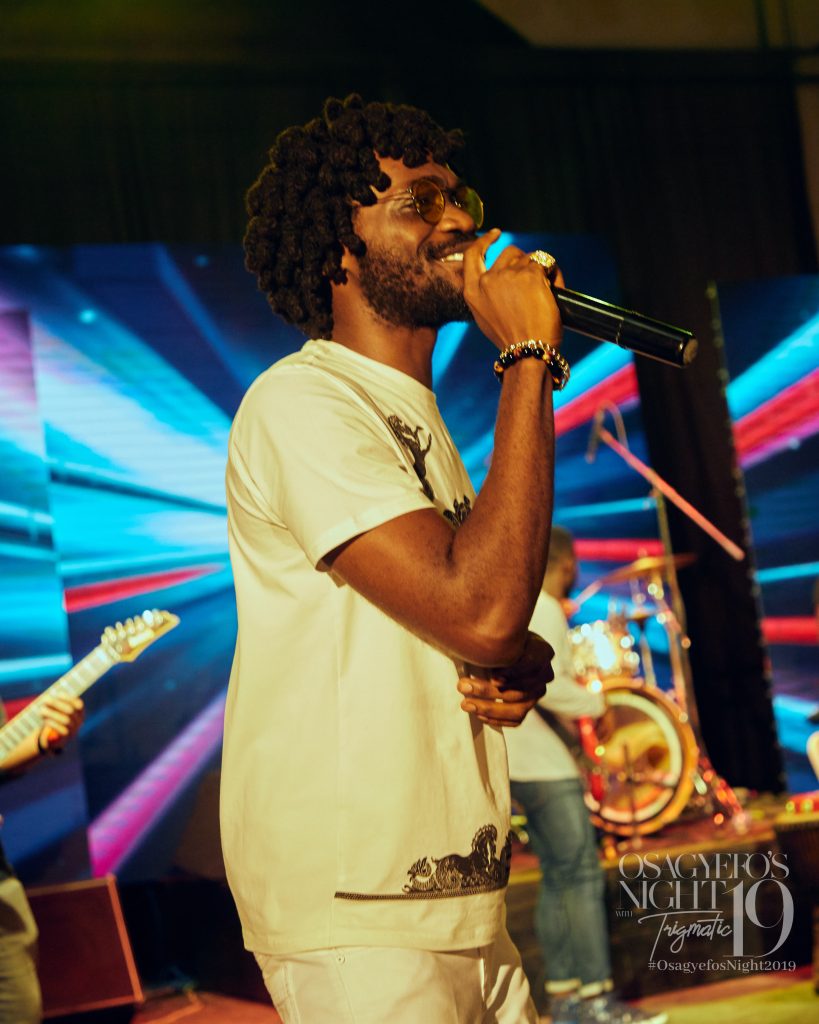 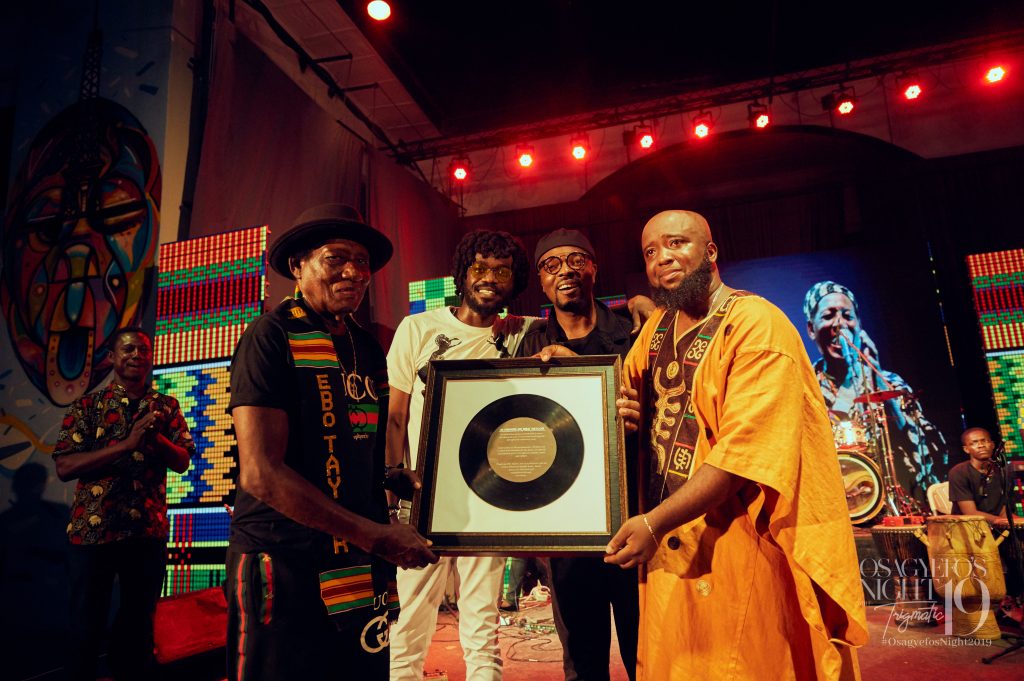 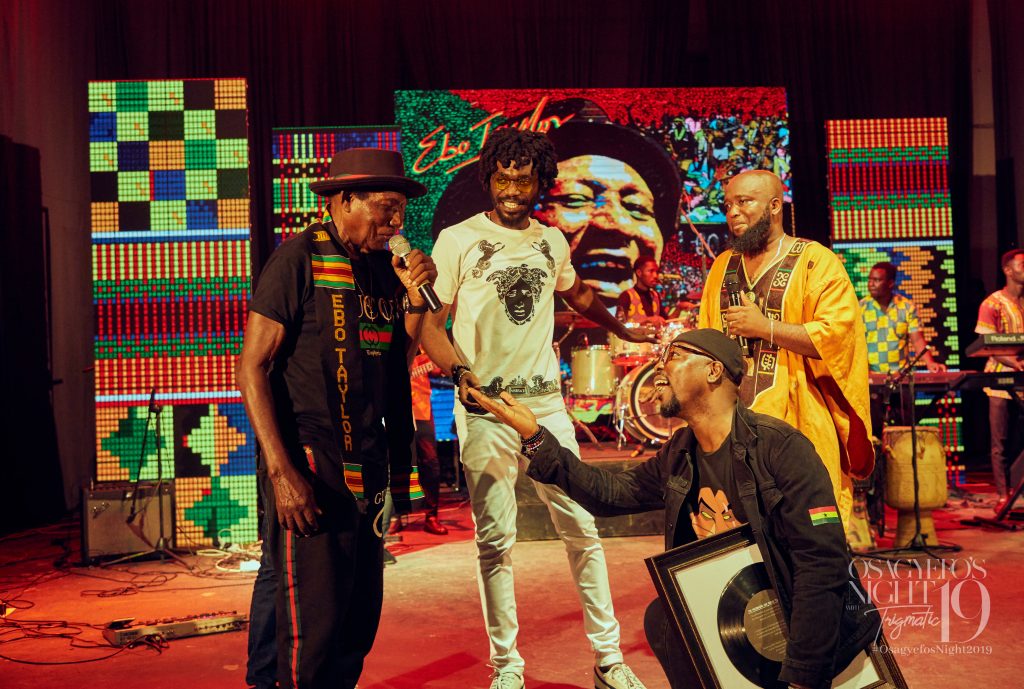 Continue Reading
Advertisement
You may also like...
Related Topics:Trigmatic