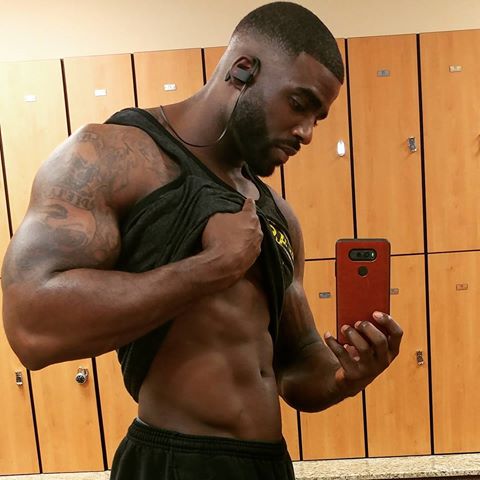 Season 1 of Tyler Perry’s ‘The Oval’ just concluded on BET and fans already can’t wait for the next season. The announcement that the series would be returning with a second season was made back in April but has been held back due to the spread of the COVID-19 pandemic.

“The Oval” is a political drama series with some hints of comedy, which revolves around U.S President Hunter Franklin and first lady Victoria Franklin, a power-hungry interracial couple.  Writer, director, and executive producer, Tyler Perry supercharges the political genre with off-the-charts levels of scandal, sex, depravity, and betrayal.

Travis Cure, who was billed as the newest Hollywood heartthrob of Wednesday nights because of the TV show, cannot wait to show the rest of the world how his character bad boy character evolves in season 2.

“Seeing how the first season went; looking at how the storyline unfolds with twists and turns, and knowing a lot of the answers to the questions that people are asking, I just want to get it out and get on camera so that viewers can see it all so bad!  We’ve had these lines for 4 to 5 months before this whole COVID-19 shutdown, I need to get it out; Bobby needs to come out. I want to show the people what we have been sitting on, and come out with a whole new season of absolute greatness and drama,” says Travis.

Travis Cure plays Bobby, a seductive stranger who gets tied to the wife of the President’s Chief of Staff.  So what about the show, made him want to be a part of it?

“Initially, it was just the idea of working with Tyler Perry. There are a lot of great works from him. But once they initially told us the storyline and what it was, they were going for; I realized it was something that was a little bit different for me. It raised an eyebrow for me. This is something that could be pretty great. I believe that if you get to re-enact anything that has to do with politics, it is something you should do.”

Cure’s first official acting credit is from 2016, meaning that he literally went from an unknown actor to scoring a recurring role on a Tyler Perry original in three years. And he loves his character on The Oval.

“Bobby has layers, but nobody else knows it but him.  He is the type of guy that likes to be ten steps ahead just when others think they have the upper hand. He is the guy who would be like I knew you would do that, but I am going to counter it because he feels he is much smarter than everyone else. When they told me which character they had chosen me for, I asked Tyler, who is this guy? What is your short version of it? He said Bobby is like a panther; he is cunning and very mysterious. Panthers are beautiful but they can be dangerous at the same time. Bobby is a dangerous guy to the people he needs to be dangerous too.”

According to the heavily built actor, fan reactions to his character on the show have been up and down. In the beginning, fans liked him for his nice-guy persona, and then there were times they didn’t like him.  By the end of the first season, they don’t know whether they could trust him.

Tyler Perry has got to be one of the busiest men in showbiz, simultaneously producing Bruh, Sistas, Young Dylan, Ruthless, Assisted Living, and The Oval. So is working with him like?

“The nervousness sets in with what we know about him, and all the things that he has accomplished. Being in the presence of greatness, you also want to be great yourself, so the nervousness sets him. With him, it is fun and work at the same time. He lets you know that you can let your hair down a little and have fun but still know that there is a job to be done when it is time. So he is really strict but he can be lenient. Everything is so quick and the expectations are so high but you get used to it, because of how things run, but he can make you nervous at first, I would say that.”

Travis describes working on The Oval as a real humbling experience. He felt very comfortable on set because a lot of the cast members had a lot of things they could relate to, with each other. They had similar stories that they could draw upon to bring their characters to life.  “It was an experience and we did it together as a community,” he comments.

For Atlanta-based Travis Cure, it all started with modeling. He enjoyed modeling and made some good connections that helped him transition into acting. “I tried it and I liked it. And with the right help, it has turned into something amazing. I had no intention of acting but now I love it, I don’t see myself doing anything else but acting.”

Cure is a former US Marine who served 4 years so it is no wonder he wants to have more action roles onscreen. “I get a lot of lover guy and husband roles, which I don’t mind playing because I have gotten comfortable with it. I mean most guys are comfortable with having to interact with a woman but for me, my goal is to do something action or something Marvel and CGI or military, jumping out of a helicopter-type of films. As far as with my range, I want to get into doing accents like being from another country and stuff like that. I’m from Florida and I have been in the USA all my life. So to be able to act as if I am from Africa or something like that would be a stretch because you have to learn how to speak and be like somebody from somewhere you haven’t been before. That would be very challenging and that is in the works for me”.