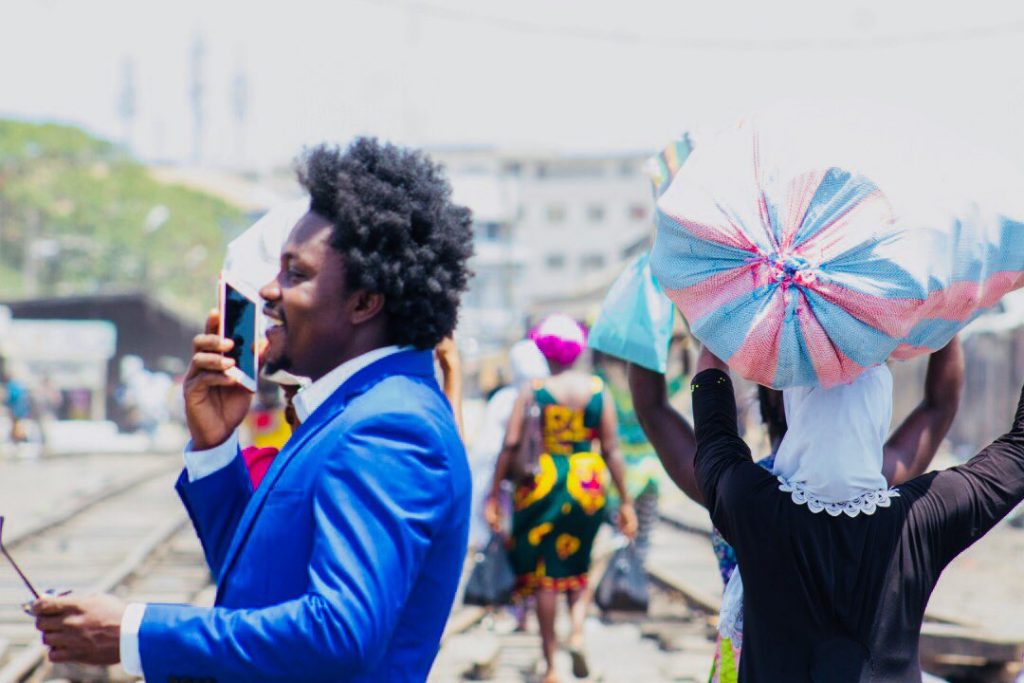 Rapper AJ Nelson announces debut album “Africa Rise”[/caption] Ghanaian rapper AJ Nelson has finally announced his debut album, titled “Africa Rise”. The Corna Rock record label frontman made the official announcement via social media on Tuesday, October 9, 2018. According to the “Power to the People” rapper, he is doing his best to picture his ‘struggle and lifestyle through music’ because he believes ‘it’s easy to be real than fake.’ He shared a photo wearing a blue suit while making a call in a crowd with the caption: “As an emcee, I do the best I can to picture my struggle and that of my lifestyle in the form of music, because I realized it’s easy to be real than to be fake! I’m super delighted to officially announce to you that #AfricaRiseAlbum is ready!” https://twitter.com/AJNelsonMusik/status/1049600552869515264 His announcement didn’t include the album tracklist, production credit and featured artistes. AJ Nelson announced his presence in the industry in the year 2012 under GH Brothers label with his hit single, “Faith” which features Jay Ghartey. He has worked with some prominent artistes including Dancehall stars: Jupitar and Epixode, and Ghanaian international Afropop songstress, Wiyaala.]]>

Related Topics:AJ Nelson
Up Next

Viola Davis makes a stunning transformation in the new trailer for ‘The Woman King’, in which she plays Nanisca, leader of the all-female warriors known as the Agojie. END_OF_DOCUMENT_TOKEN_TO_BE_REPLACED

African-American businessman and jet broker Kelvin Mensah, popularly known as PJKev has added his voice to the many people against the building of the National Cathedral. END_OF_DOCUMENT_TOKEN_TO_BE_REPLACED

Nigerian hip-hop artiste, Eedris Abdulkareem has disclosed that he is battling kidney failure and will have a surgical operation at the end of July. END_OF_DOCUMENT_TOKEN_TO_BE_REPLACED

According to reports from Nigeria, unidentified gunmen have attacked an ‘advance team’ of President Buhari’s presidential aides leading to injuries to two people. END_OF_DOCUMENT_TOKEN_TO_BE_REPLACED

Sensational highlife/afrobeat artist KiDi has said that his dream is to collaborate with Daddy Lumba on a song. END_OF_DOCUMENT_TOKEN_TO_BE_REPLACED