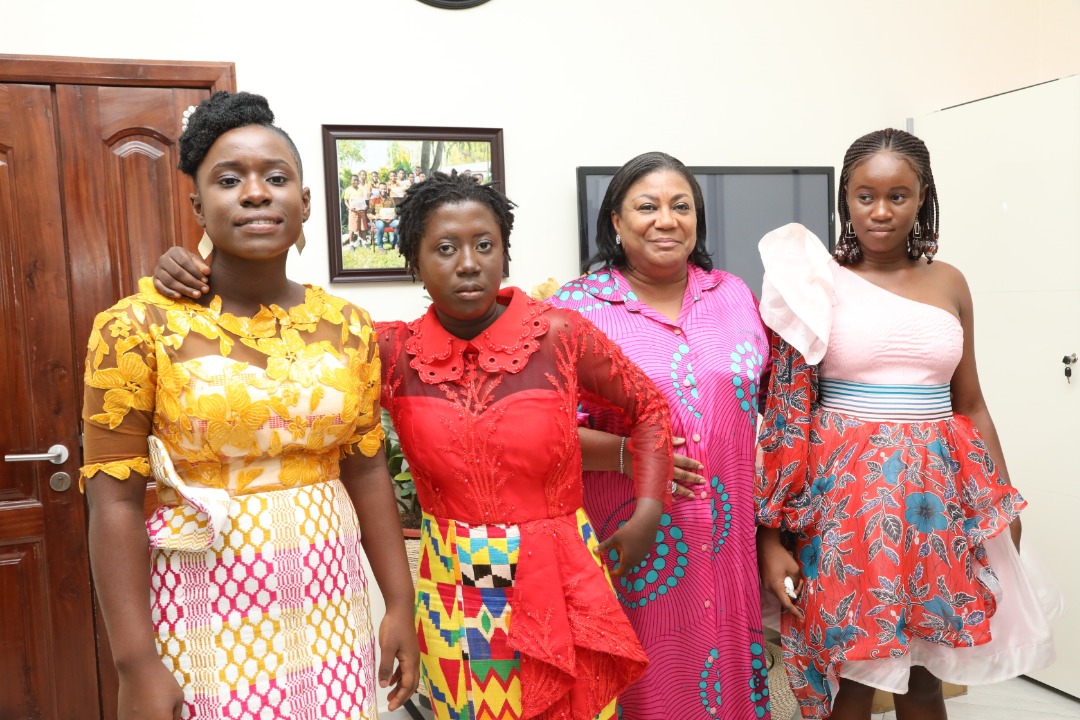 Three beautiful Ghanaian models Nana Yaa, Yacoba and Maame B, all living with autism, who were trained by the founder of Afi Antonio Foundation paid a courtesy call on Ghana’s first lady Her Excellency Rebecca Akufo Addo at her office on February 27, 2020.
Information gathered indicates that the group, including the parents of the models, led by founder Afi Antonio was warmly welcomed by the first lady as she spent quality time with them.
Afi used the opportunity to explain the exploits of the Foundation and invited the first lady to the Pan African Congress on Autism (PACA) as well as the 2nd edition of Autism Talent Show which would both be held in April 2020.
The parents of the girls also explained the state of their daughters and how it is like to go through the days with people who have the medical condition.
In support of autism awareness, Ghana’s first lady expressed interest in deploying national service personnel to serve at autism centres around the country, and thereby alleviate part of the cost of running them.
This was after the idea was pitched to the first lady by the leader of Foundation. The Afi Antonio Foundation is a non-profit organization focused on education and health of children.
The organization raises funds to provide Solar lamps for final year Junior High Students in villages without electricity (Solar4Girls), pays medical bills (surgeries) for the less privileged in the society, trains children living with autism to become photo models and more.
Related Topics:
Up Next

Did S3fa just confirm her relationship with Bisa Kdei?