#ReignAlbumConcert: “It would have been something else if they had come on stage”- Bulldog on why Samini and Stonebwoy were prevented from performing.

Artiste and Repertoire manager of Zylofon Music, Lawrence Hanson, popularly known as Bulldog has revealed that the management team of Shatta Wale prevented Stonebwoy and Samini from attending the Reign Concert because they had to protect them.

Bulldog who spoke to Andy Dosty on Daybreak Hitz this morning, explained that preventing the two dancehall artistes from attending the show was the best decision.

According to Bulldog, the team had chanced on several social media posts of Shatta Movement fans threatening to destroy Sarkodie’s car if he showed up at the event. He further added that Stonebwoy once mentioned that Shatta Wale would have been killed if Ghana was Jamaica. For such reasons, the management team decided it would be more prudent to protect the artistes by preventing them from showing up at the Fantasy Dome.

“We saw a video by Stonebwoy where he said that if Ghana were Jamaica, Shatta Wale would have been killed. …We chanced on a post on social media that said if Sarkodie came, they would have broken his car…”

Bulldog further revealed that Shatta Wale was informed of Samini and Stonebwoy’s gesture of support after the concert. This comes after the  “Amount” hitmaker took to twitter to state he had no idea the two dancehall acts were at the event to show their support. 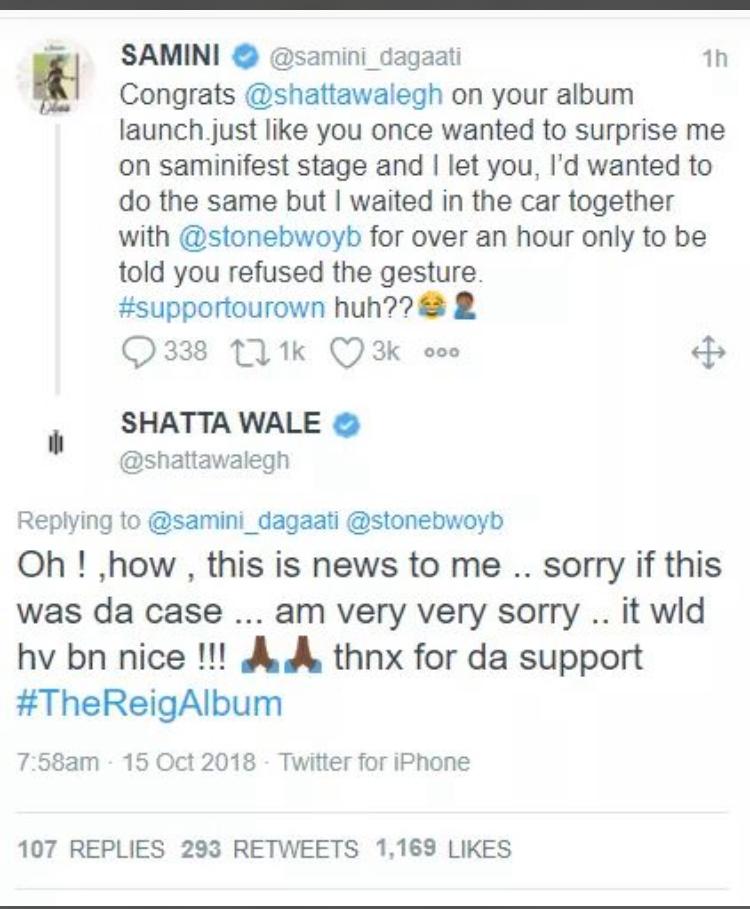 #ReignAlbumConcert: “It would have been something else if they had come on stage”- Bulldog on why Samini and Stonebwoy were prevented from performing.

Highly talented vocalist Luta has announced his return to the music scene after a long hiatus as he prepares to relaunch his career with a new song.
END_OF_DOCUMENT_TOKEN_TO_BE_REPLACED

It looks like it’s a ‘year of homes’ for Ghanaian celebrities and the latest glimpse comes from the beautiful home is Broadcast Journalist Serwaa Amihere. END_OF_DOCUMENT_TOKEN_TO_BE_REPLACED

Ghanaian artist Amerado has announced the release of his debut career album titled God Is Never Asleep shortened as G.I.N.A. The announcement was made in the middle of his trending beef with fellow rapper LJ. END_OF_DOCUMENT_TOKEN_TO_BE_REPLACED

Global streaming giant Spotify is proud to announce that Sio has been selected to join the EQUAL Africa programme aimed at spotlighting female artists across the continent. END_OF_DOCUMENT_TOKEN_TO_BE_REPLACED