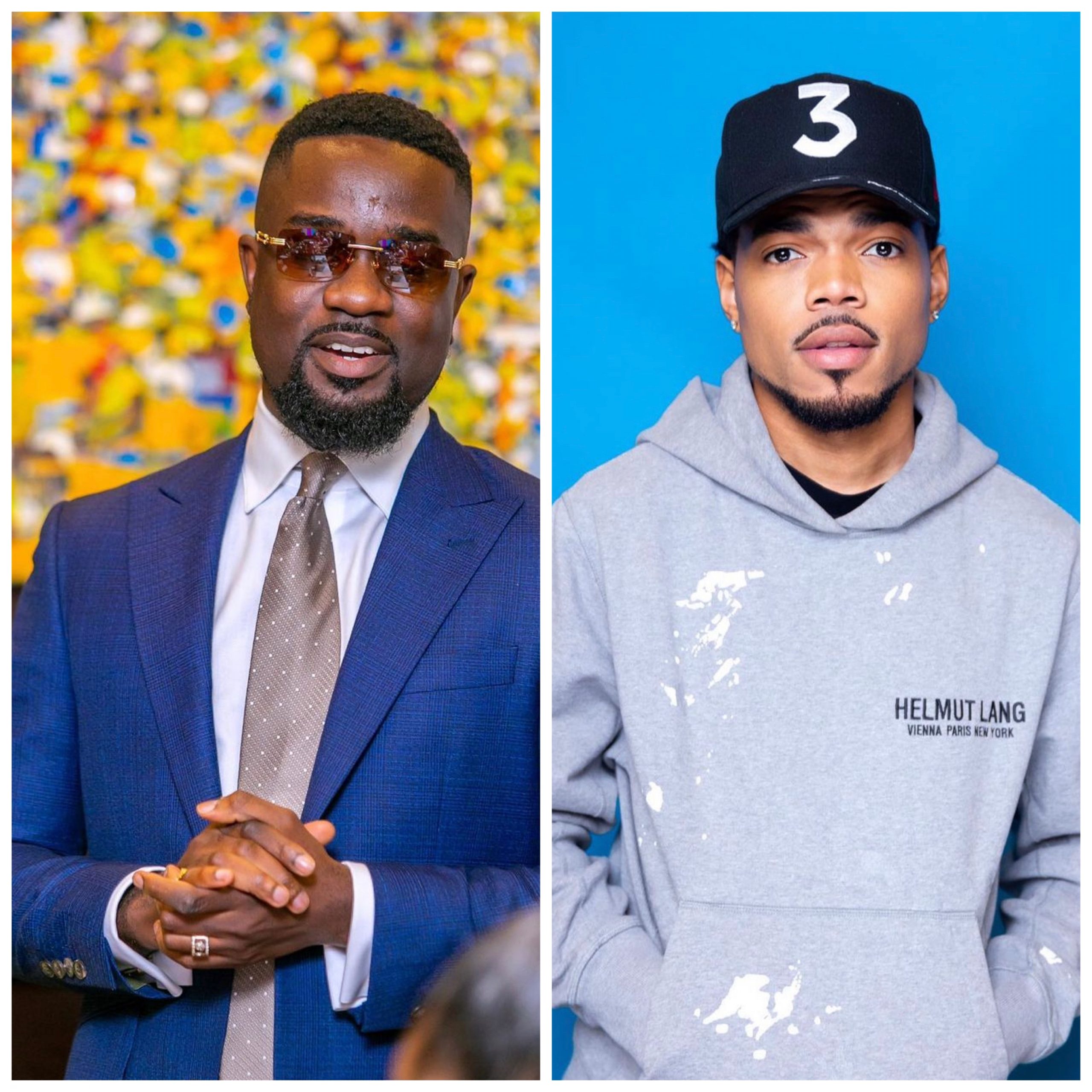 Ghanaian rapper, Sarkodie has promised to meet up with American rapper, Chance The Rapper before he leaves the country.

Sarkodie’s promise came after Chance tweeted that he had done everything in Ghana except meet the “Adonai” hitmaker.

Sarkodie responded to Chance’s tweet stating that there’s no way Chance would leave Ghana without them meeting up.

“We linking up before you get on that ✈️,” Sark tweeted back.

Chance The Rapper has been in the country since January 5th after expressing his desire to visit on Twitter a couple of months ago.

Since his arrival, he has been seen in videos hanging out with some musicians including Darko Vibes, Kelvynboy etc.

Last night, he was also spotted at the birthday hangout of Black Sherrif.

Chance has described his trip to Ghana as “life saving” as he visited the Kwame Nkrumah Mausoleum, home and church of his great grandmother and some interesting scenes in the country.

How Accra saved the life of Chance The Rapper?

Ghanaian movie producer, Pascal Aka has revealed how movie awards schemes in Ghana do not take the movie industry seriously compared to their Nigerian counterparts. END_OF_DOCUMENT_TOKEN_TO_BE_REPLACED

Ghanaian actor, Prince David Osei has expressed his concerns about the implementation of tax on mobile electronic transactions (e-levy) and if the government will put the monies into good use. END_OF_DOCUMENT_TOKEN_TO_BE_REPLACED

Ghanaian Lawyer, Sandra Ankobiah is not new to the fine and luxurious life. END_OF_DOCUMENT_TOKEN_TO_BE_REPLACED

General Manager of GhOne TV, Nana Aba Anamoah has cautioned young girls not to fall for the pressures of society and rush into marriages. END_OF_DOCUMENT_TOKEN_TO_BE_REPLACED